There was something for everyone at the 4th Annual CWE Cocktail Party which took place on Saturday, June 8. There was a bubble machine, and hula hoops, and 50 kinds of cotton candy for the kids. Music was provided by The Dust Covers, below, followed by The Rockin’ Fools who performed on the stage at the south end of Euclid, while Jesse Gannon and Disco Nation entertained on the main stage at the north end of the street. 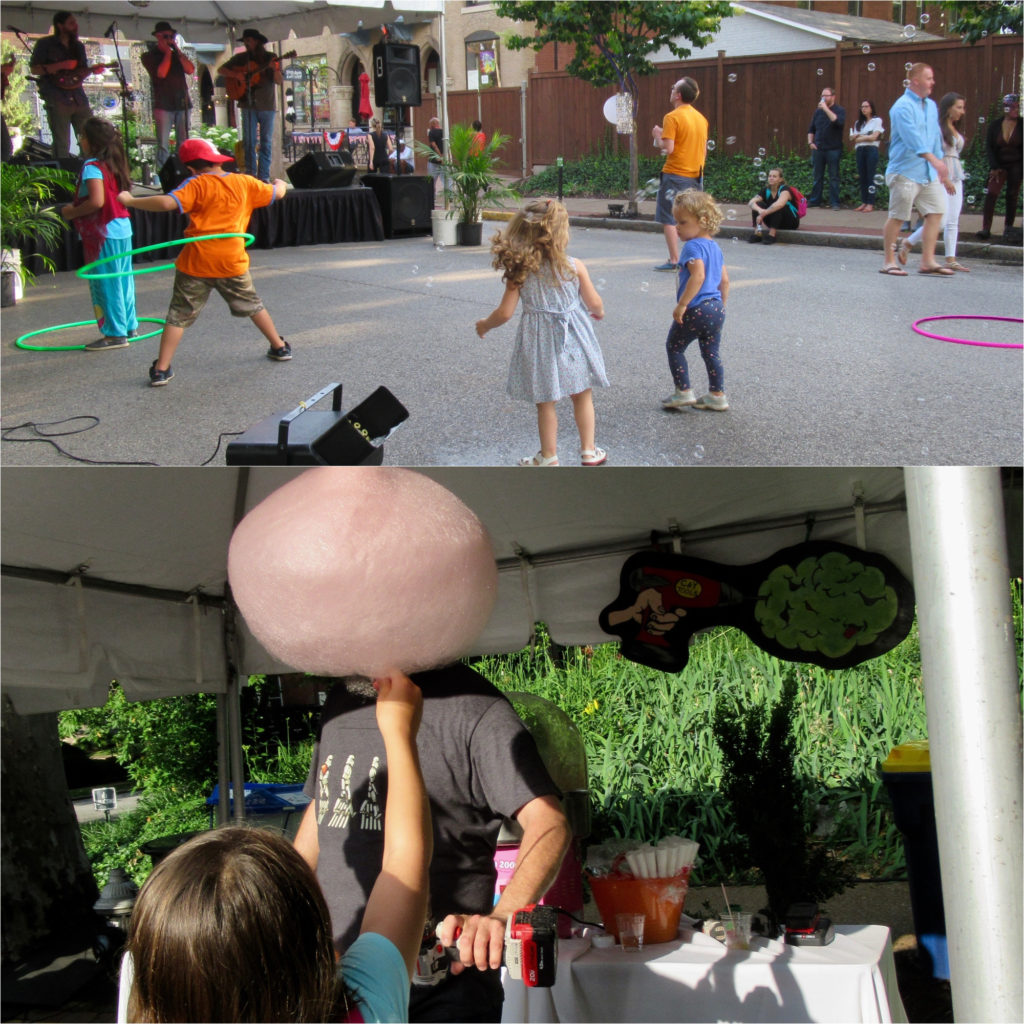 And there was lots going on in between: 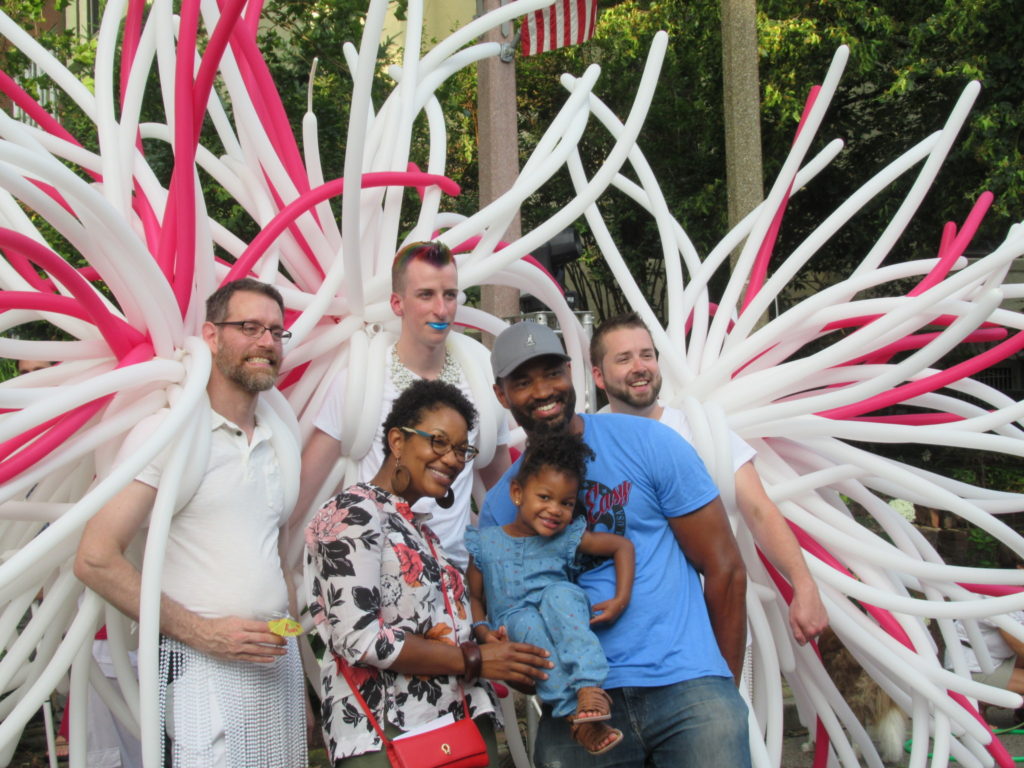 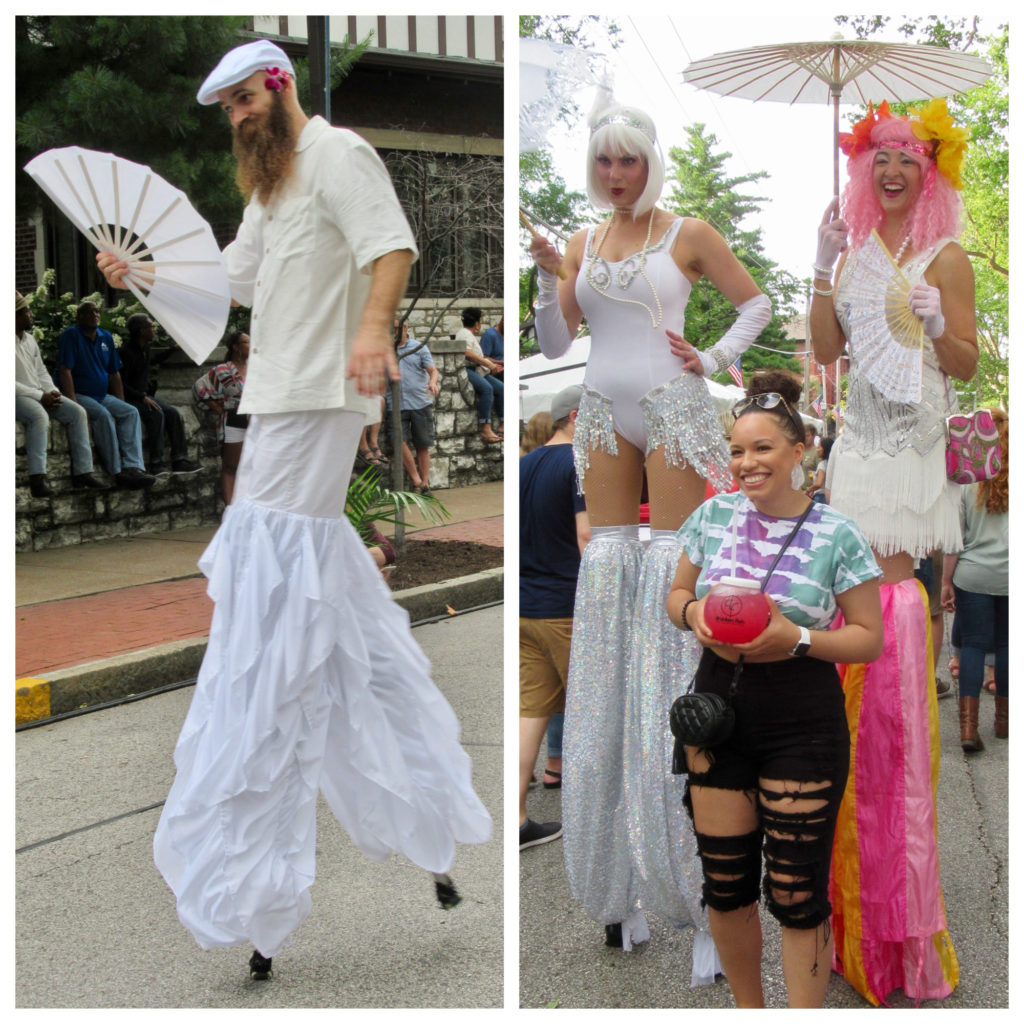 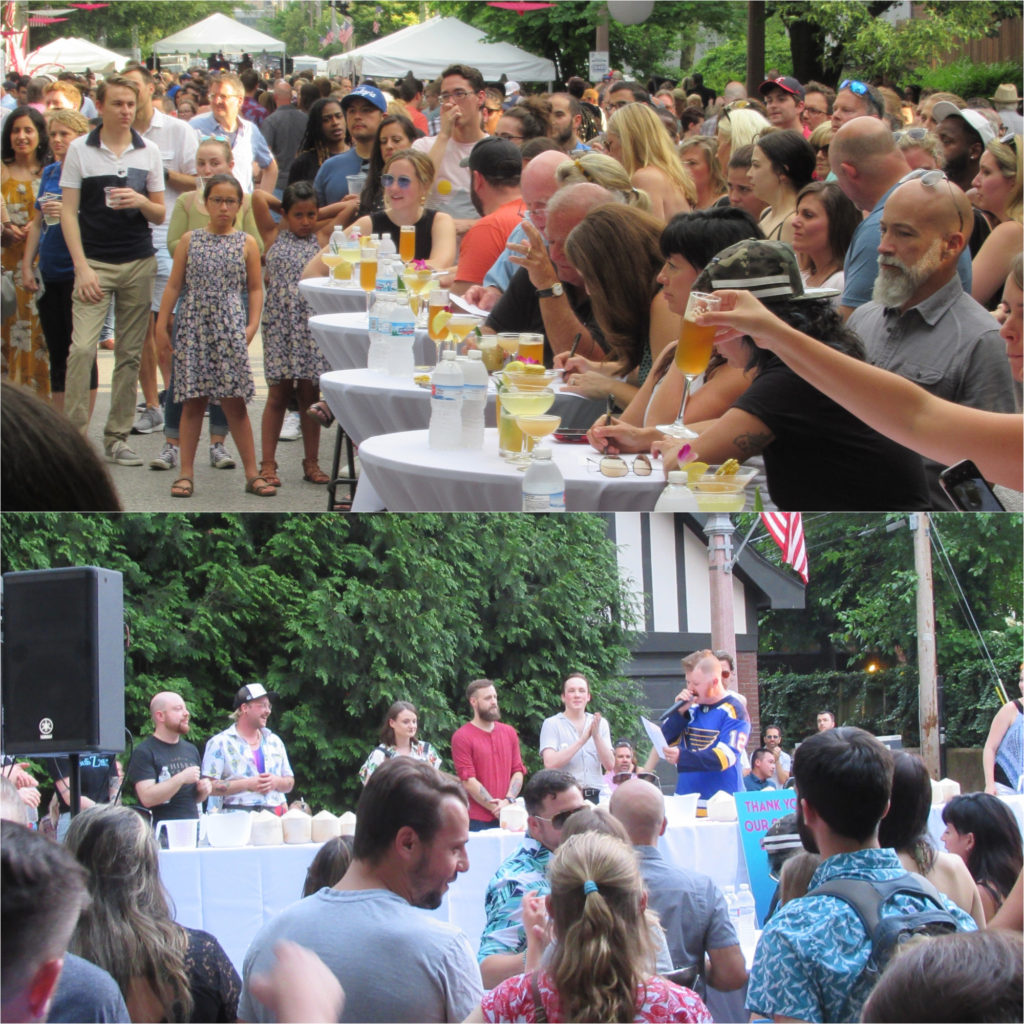 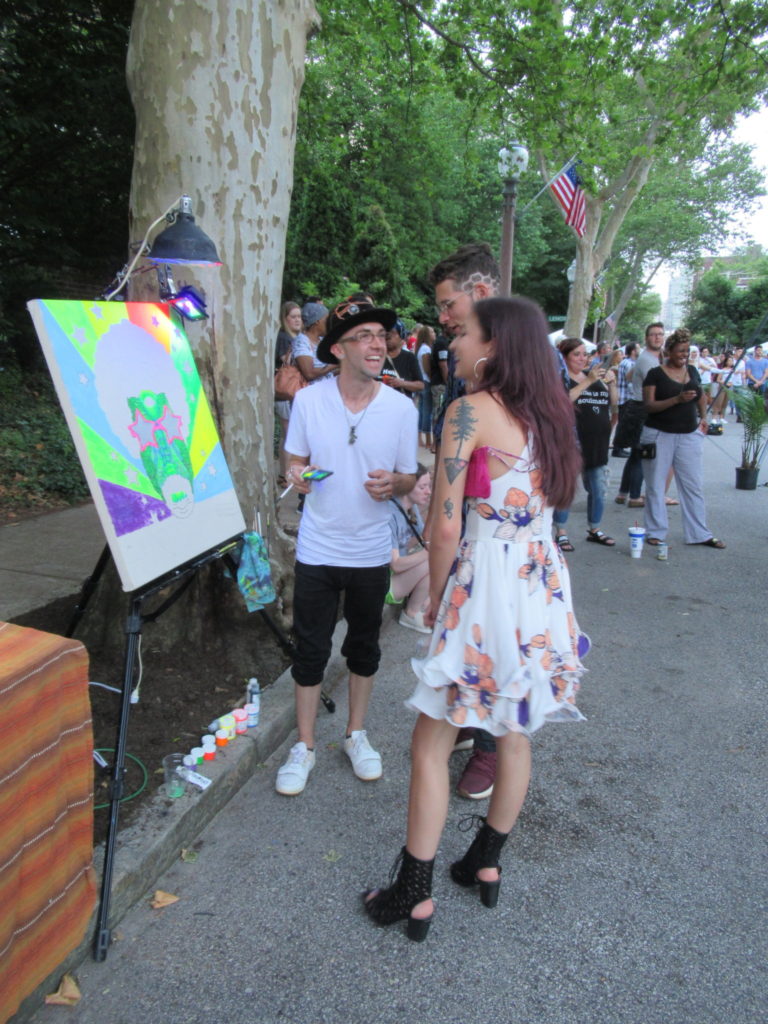 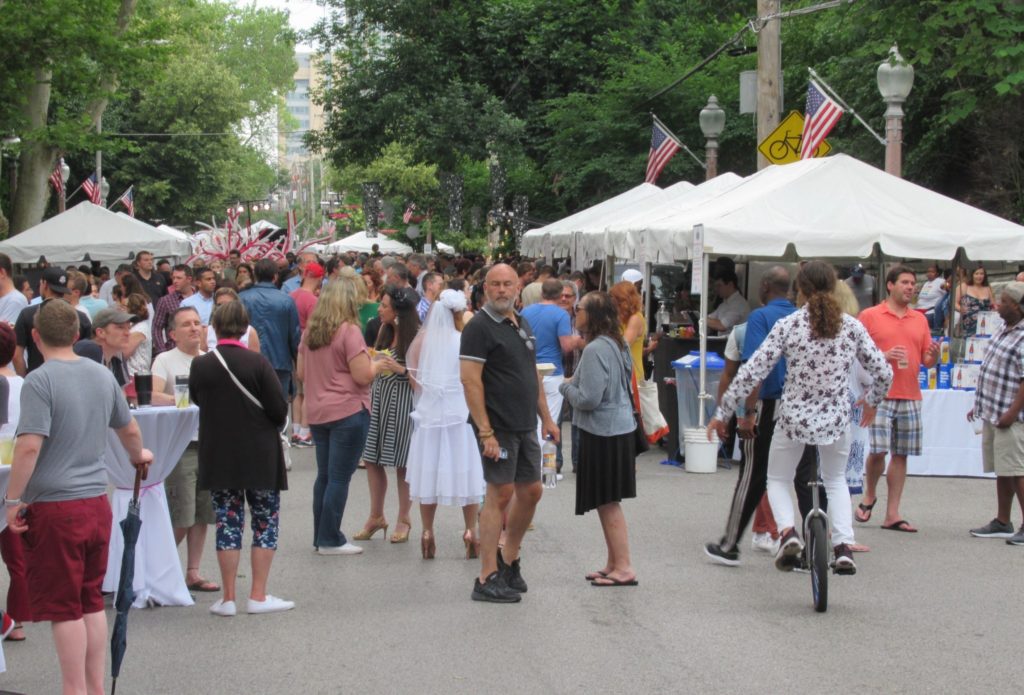 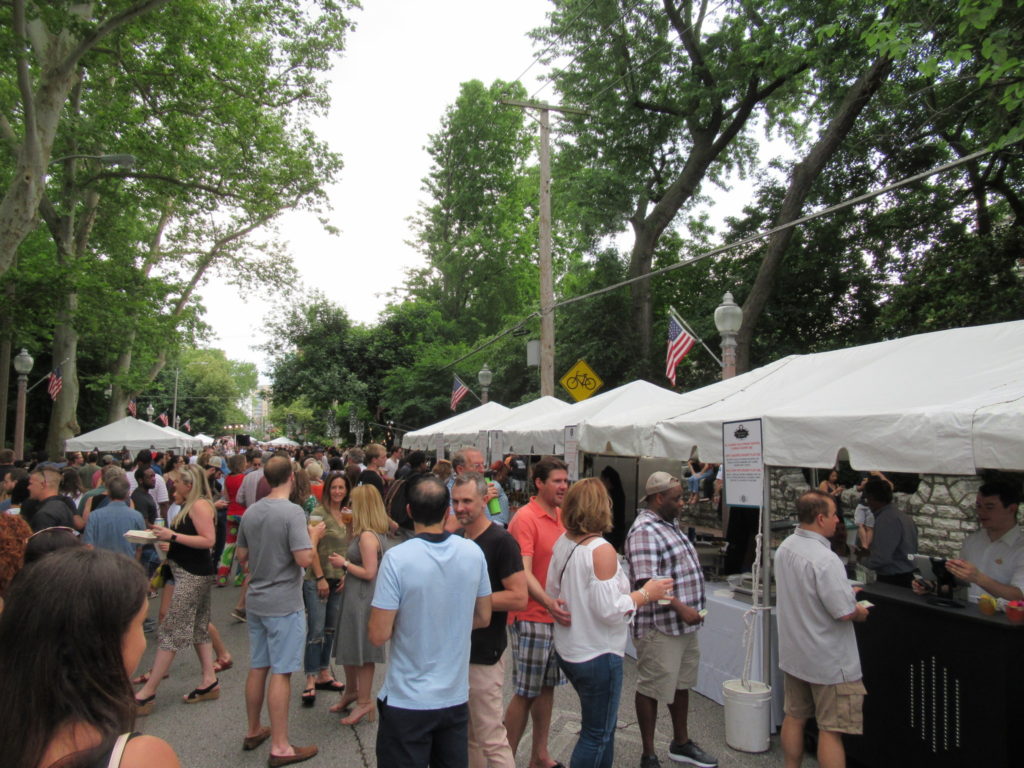 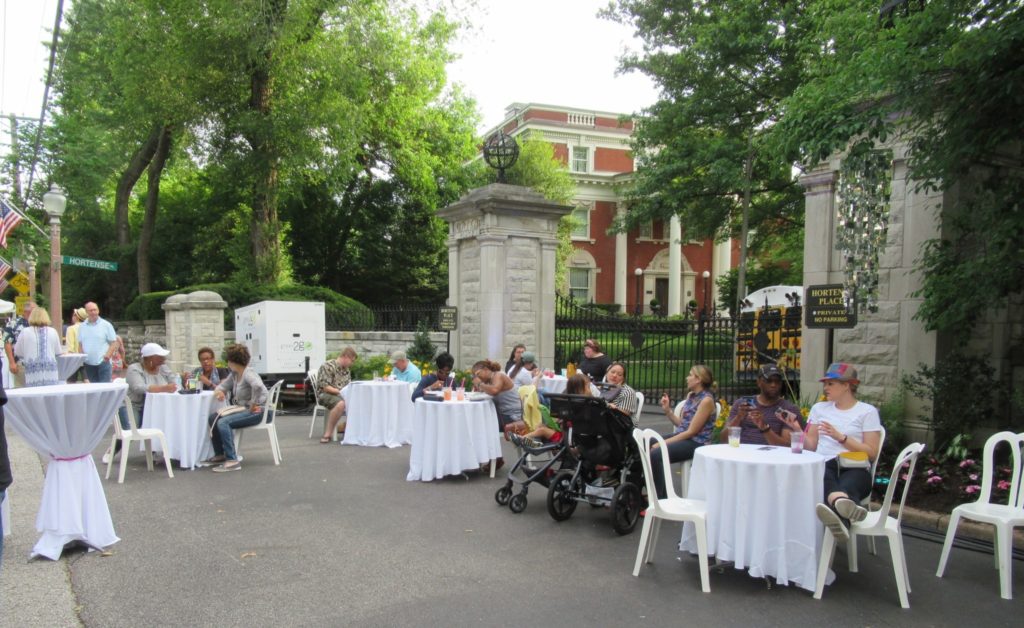 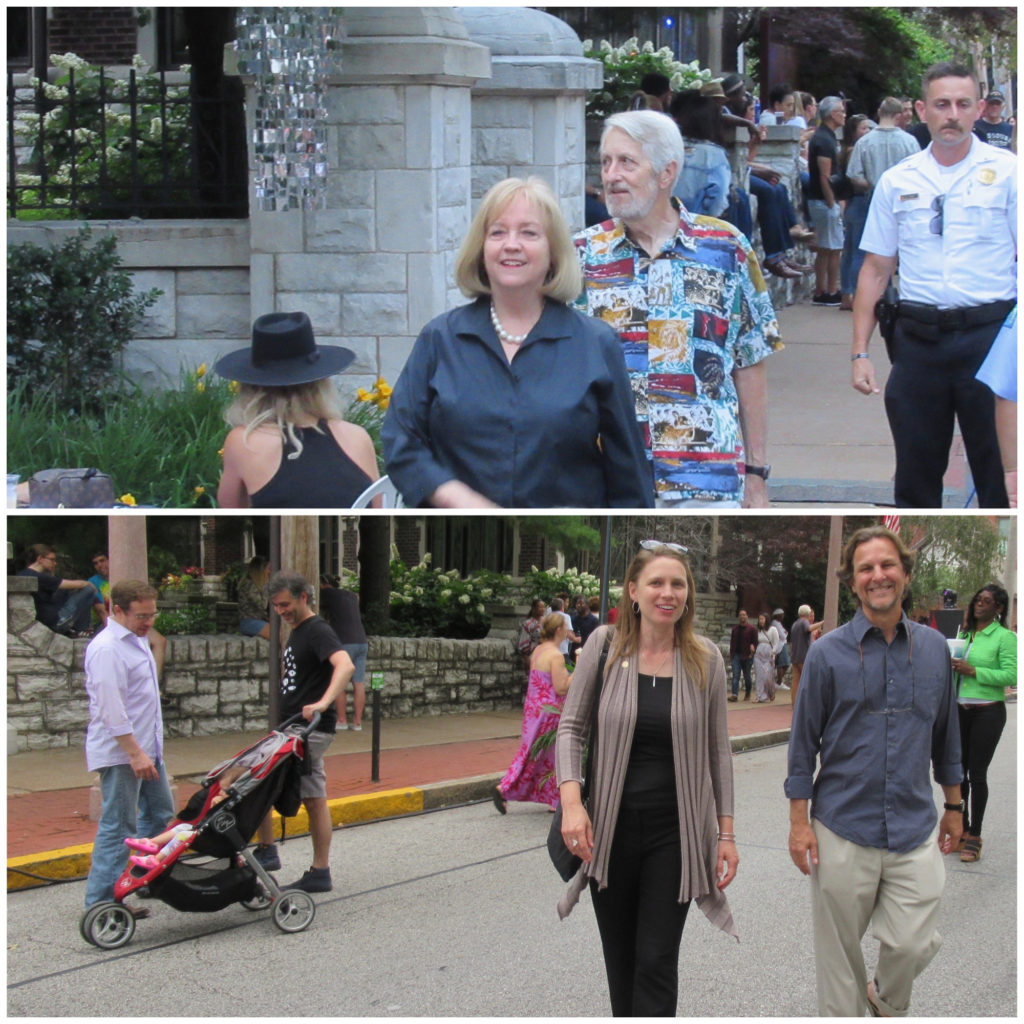 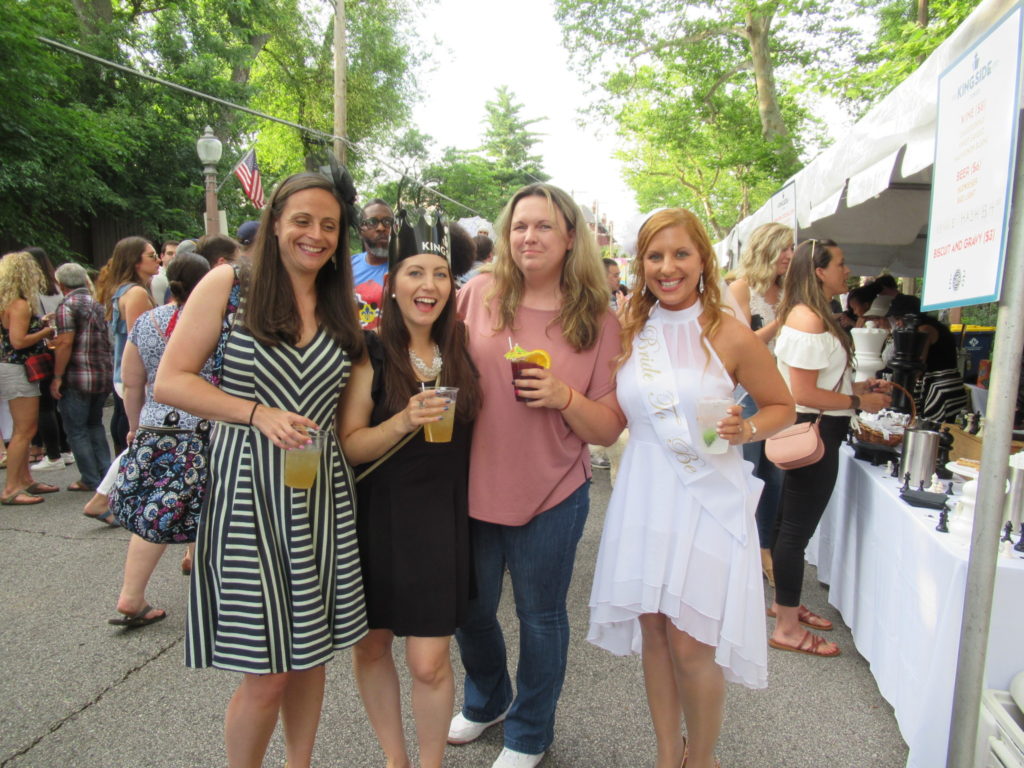 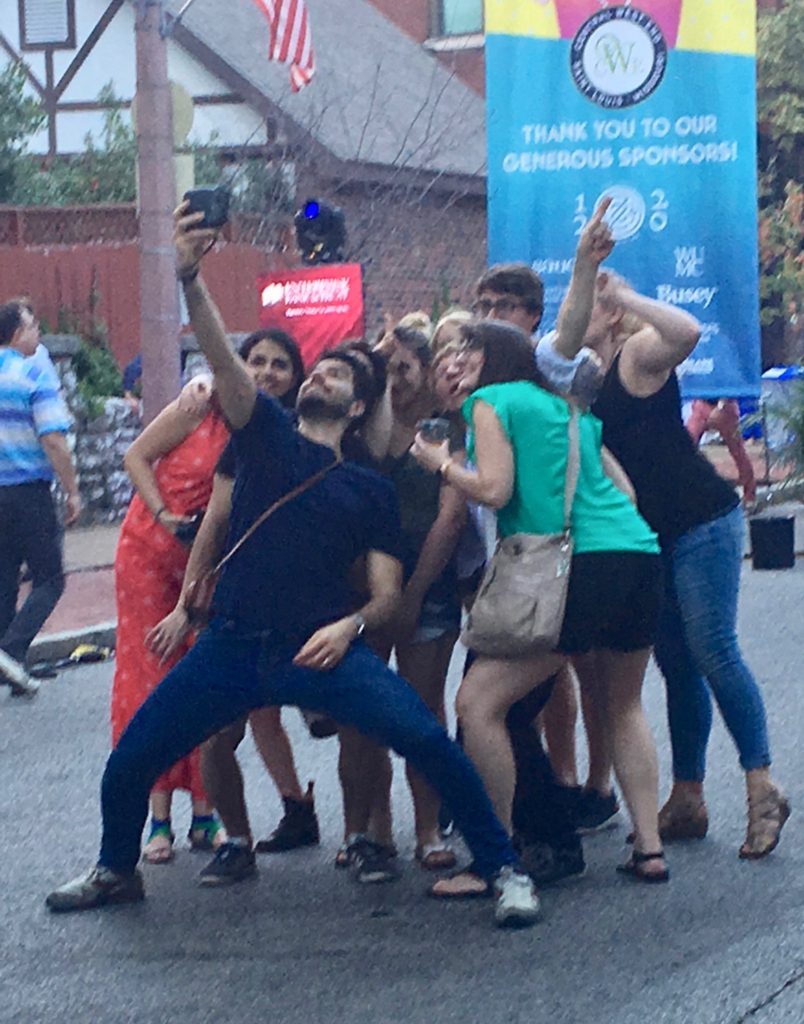 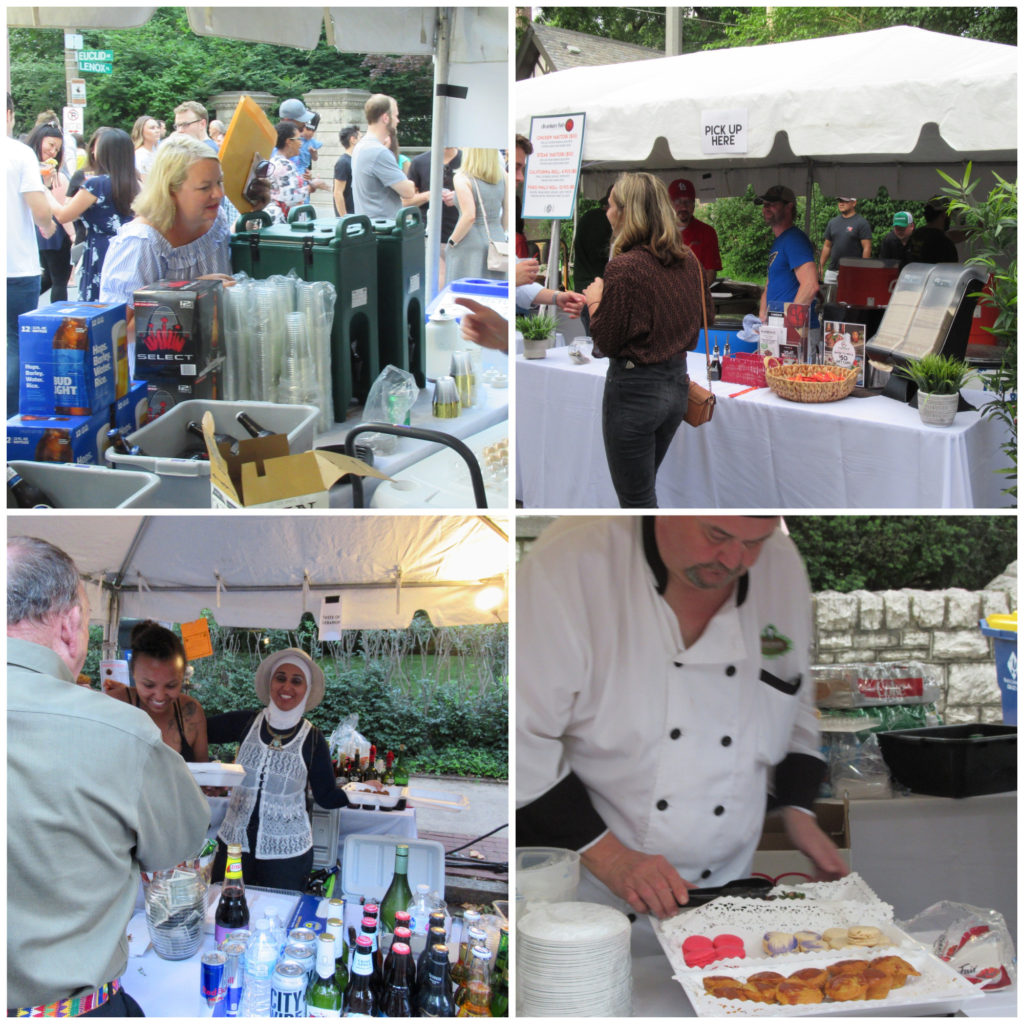 From top left, Kate Haher, Executive Director of the CWE North Community Improvement District, which produced the event. Some of the restaurants that participated were Drunken Fish, above right, Taste of Lebanon, lower left, and Mary Ann’s Tearoom, lower right. 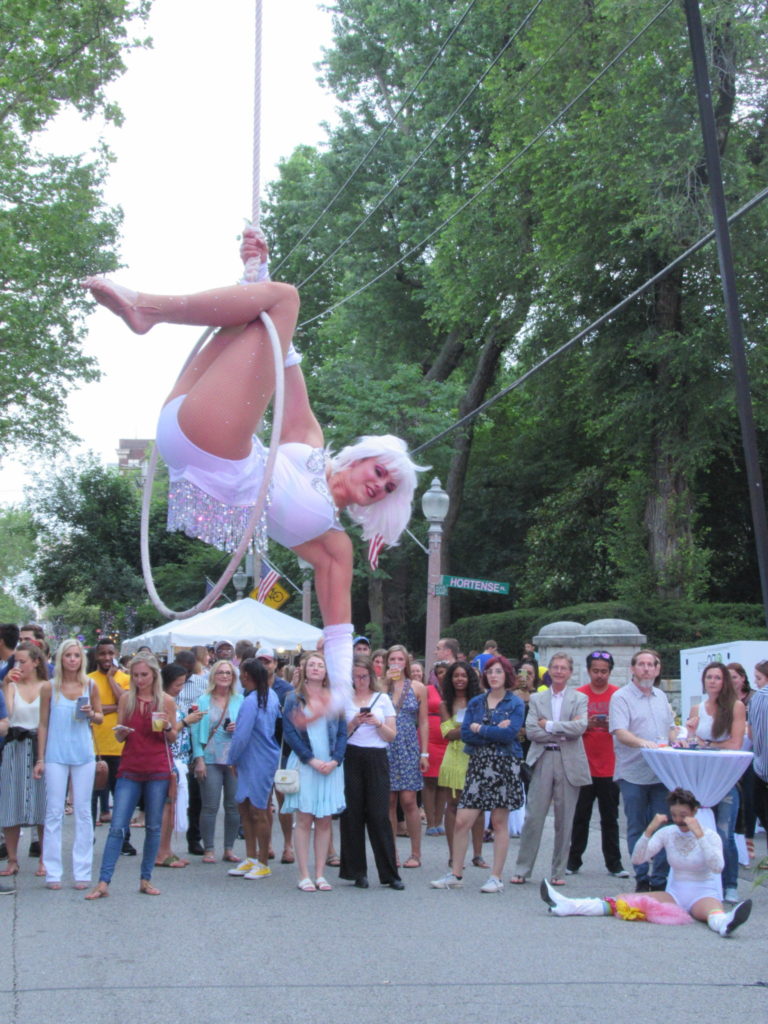 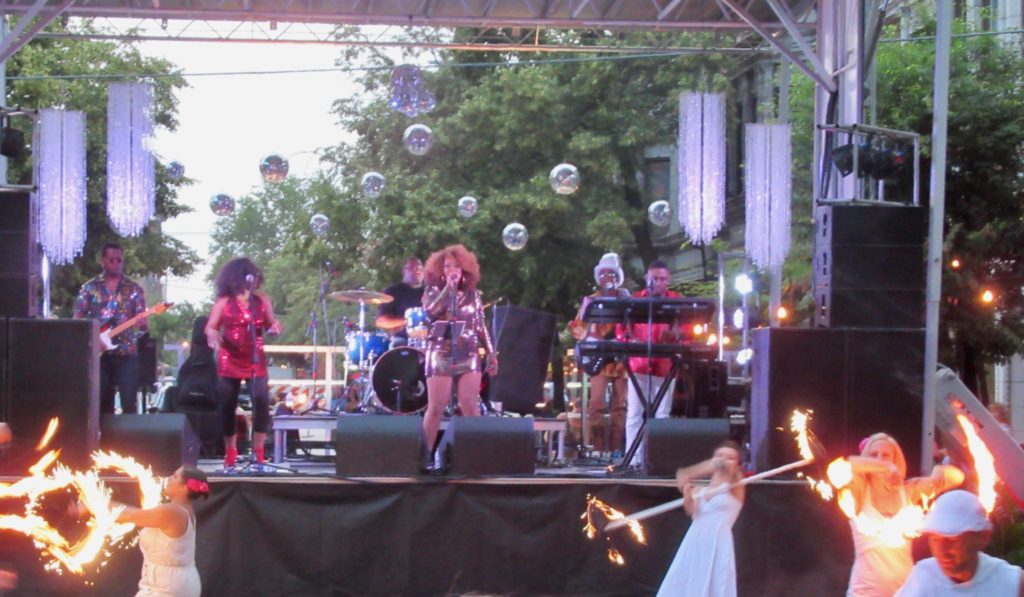 Flame throwers performed with Disco Nation at the north end of the festival zone, until the fires went out and the crowd jumped in to party. 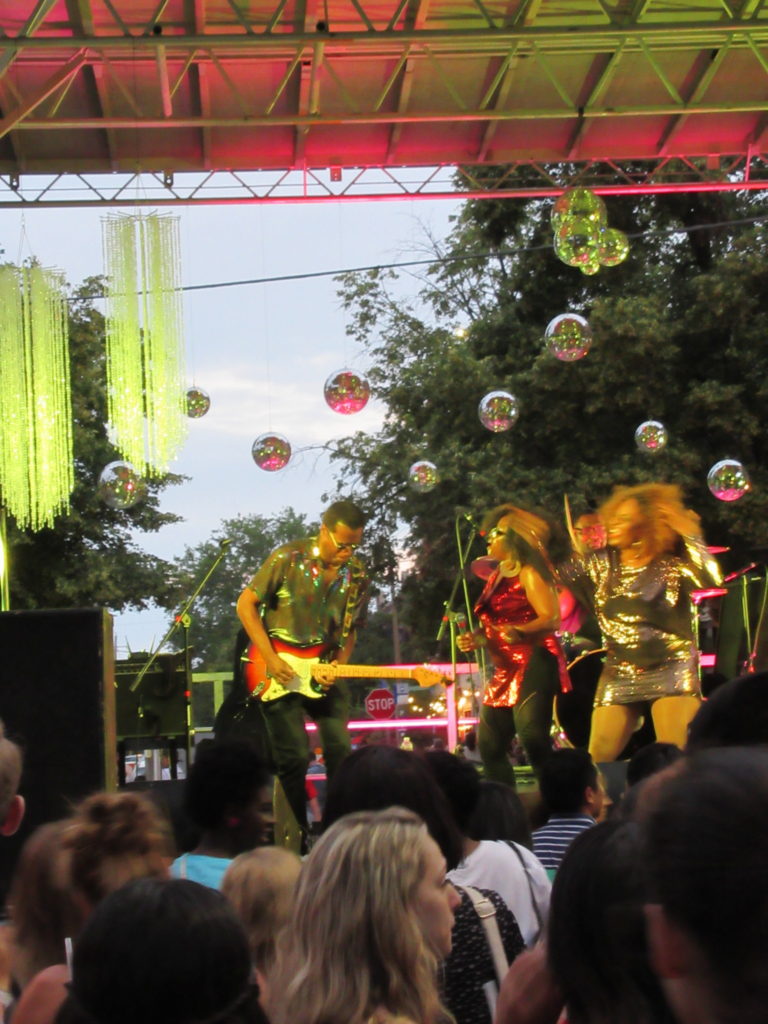 Perhaps the best feature of this annual event is the wonderful mix of people from all over St. Louis who come out each year to enjoy an evening in the CWE.