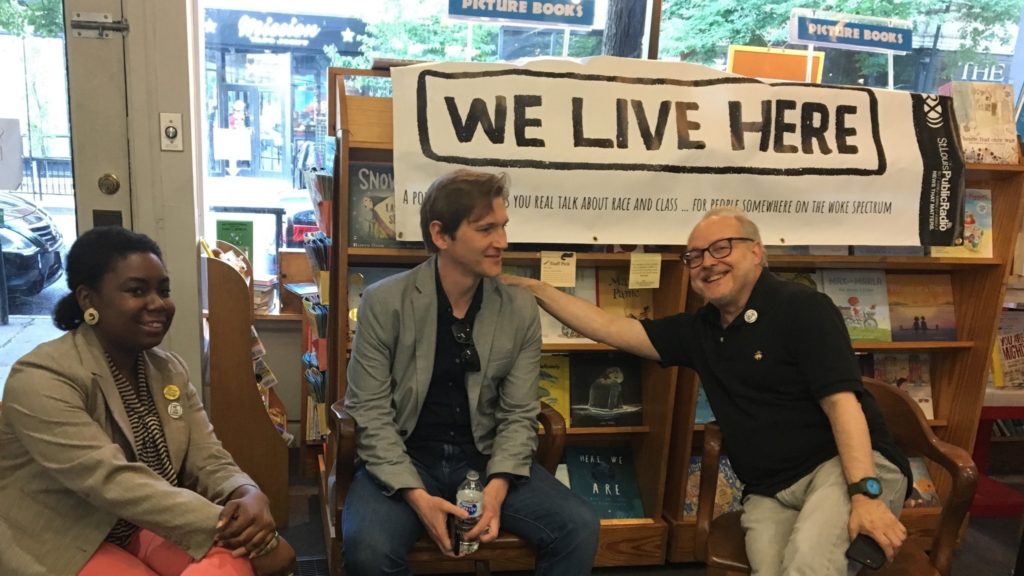 Last Thursday evening marked the 1st anniversary of CWE Radiophiles, a podcast club that was conceived by CWEnders Haley Bujard, John Barth and yours truly. For the past year, approximately 15 people of varying ages and interests have met at different neighborhood hot spots—Pagan Wine Bar, Brennan’s, Bar Italia, Selkirk, and last week, Left Bank Books— to discuss an interesting mix of themed podcasts.

We live Here, which is in its 4th season has developed quite a large following both here and around the country. “People on both coasts are curious about what goes on in the middle,” Lloyd said. The podcast “looks deeply into St. Louis’ racial fault lines, and untangles a web of disparities once again brought to the fore following the 2014 death of Michael Brown.” We Live Here, sponsored by Lindenwood University’s John Hammond Institute, is a co-production of St. Louis Public Radio and PRX.

The following night there were two CWE gallery openings. 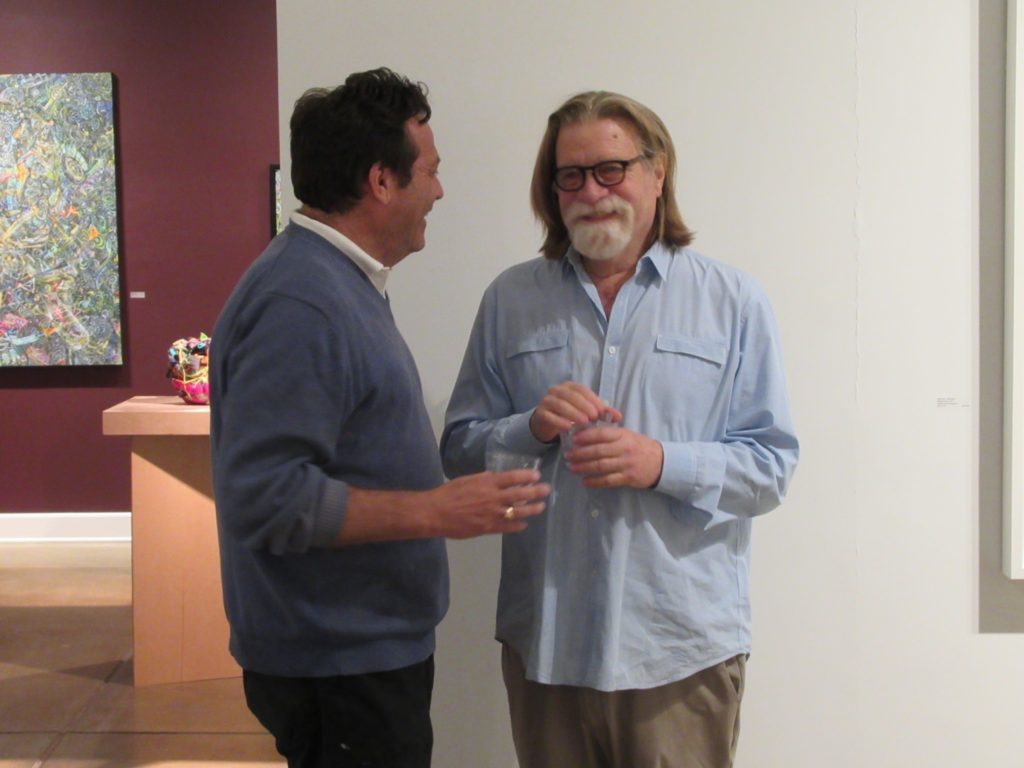 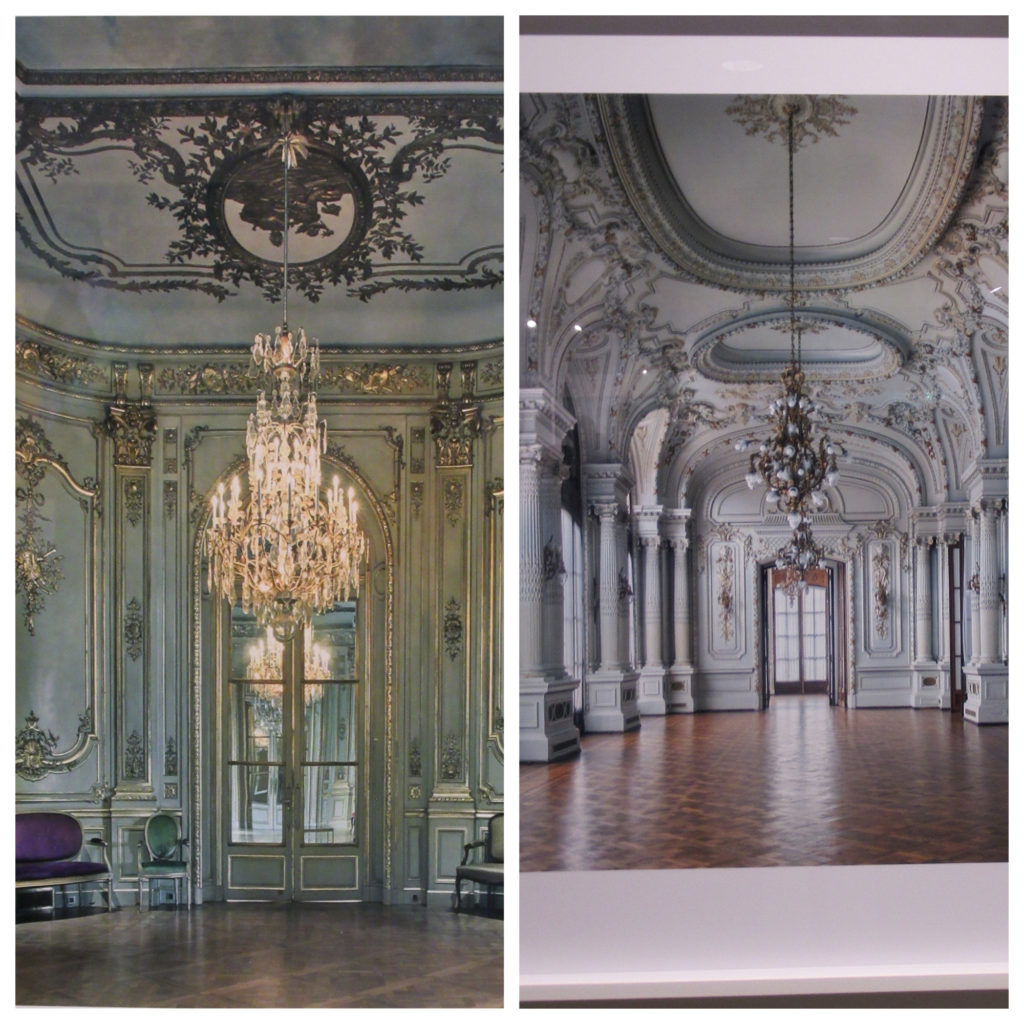 The self-taught photographer captures his images on film and develops the film himself. From left, Eastman’s The French Embassy and The White Palace. 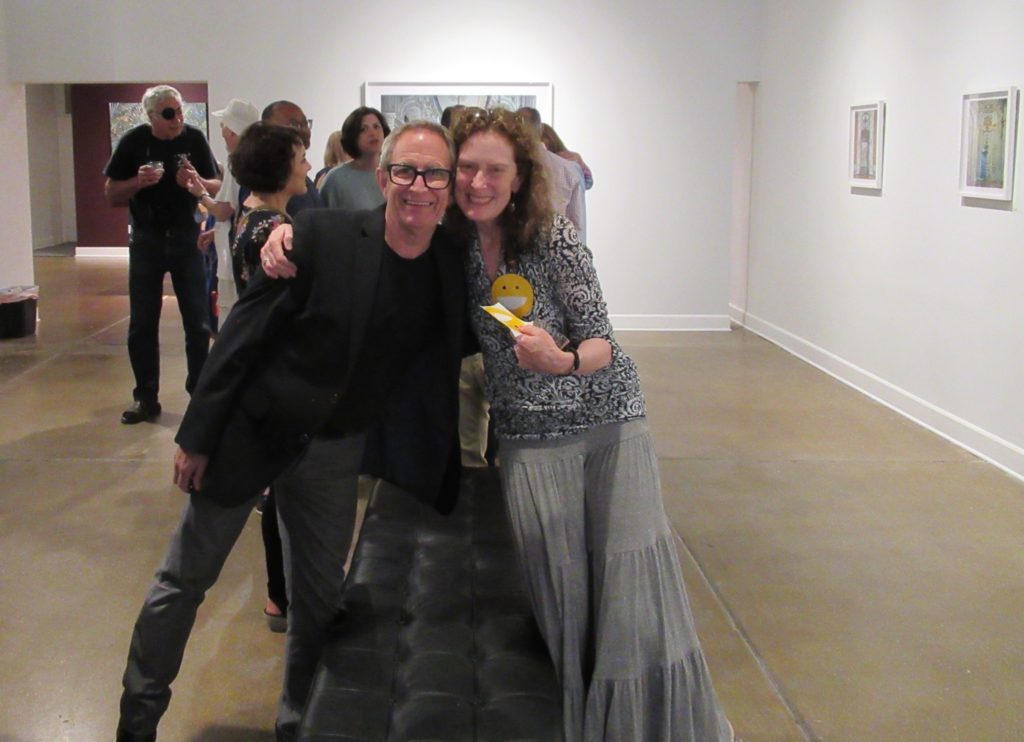 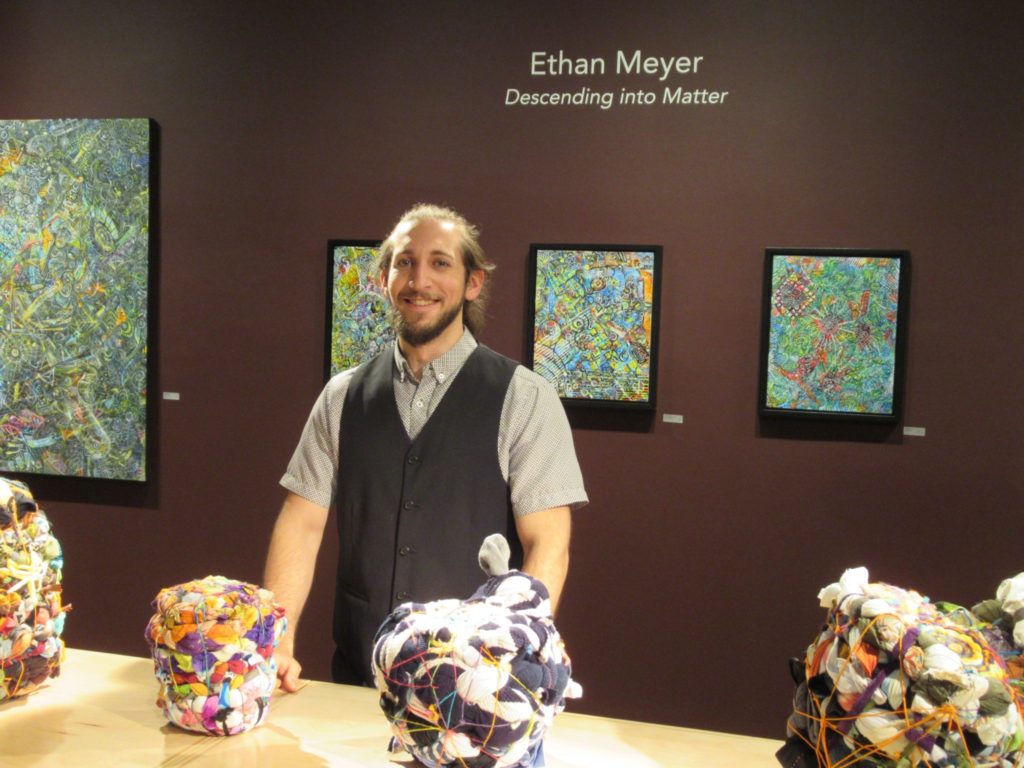 Meet Ethan Meyer, a 2013 graduate of Webster University, who was exhibiting his paintings and soft sculptures in the secondary gallery. Meyer is in Duane Reed Gallery’s Emerging Artist program, which “provides the visibility and opportunity to talented young artists that are creating their own distinct point of view.” Duane Reed said that Meyer “has been chosen as one of those that embraces the dedication necessary to stand out.”

Meyer’s Descending into Matter features paintings that are influenced by Eastern and Western philosophy, and soft sculptures he creates by braiding strips of fabric and then tying the braids together to make interesting shapes you see above. Meyer’s work will also be on view until July 7. 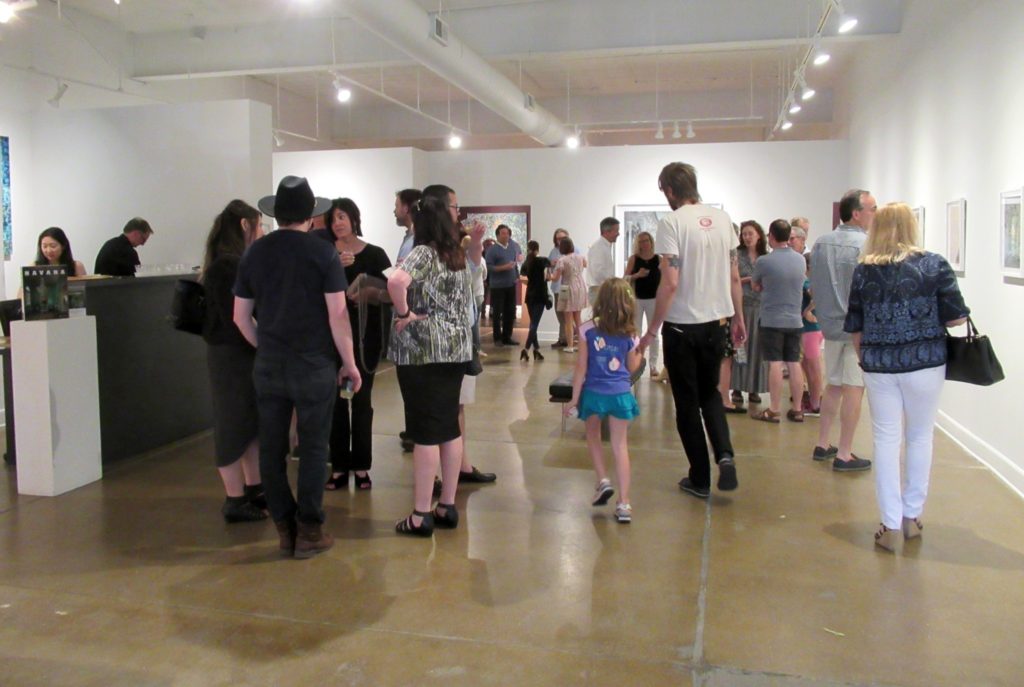 A view of the crowd at Duane Reed Gallery.

At Houska Gallery, below: 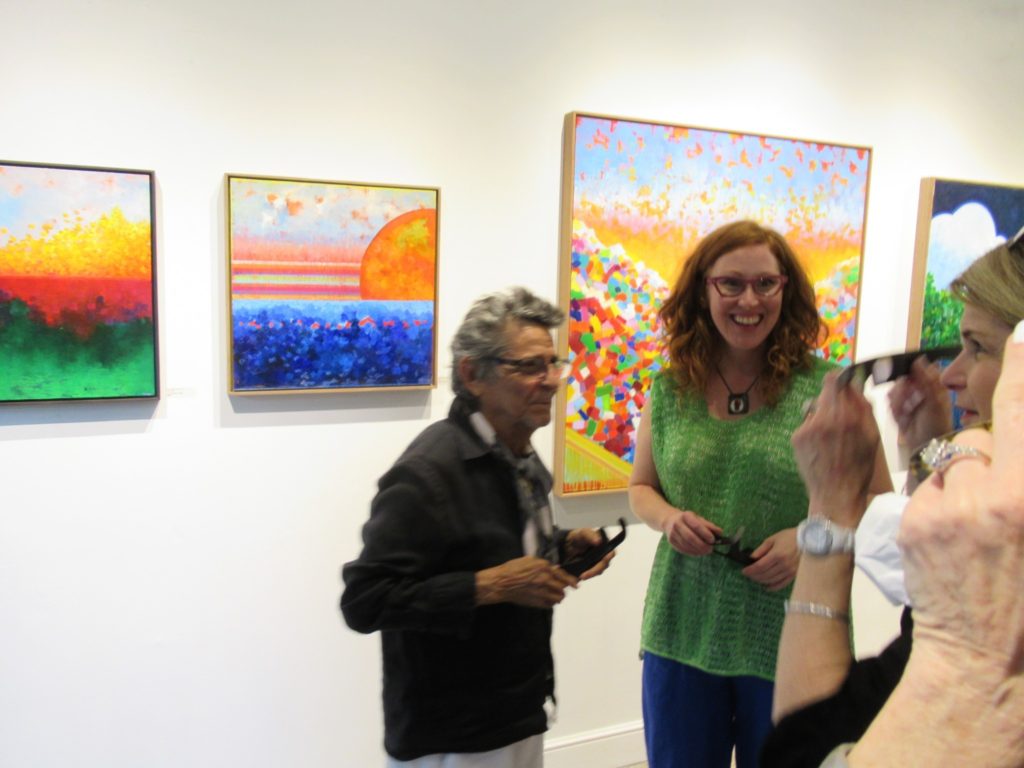 At Houska Gallery, 4728 McPherson Ave., artist Julie Malone, above right, presented her brightly-colored paintings titled Chroma Glow, which are enhanced by viewing them through 3-d glasses. You’ll see visitors holding the glasses in the photographs above and below. In the photo with Malone is artist and bon vivant Jorge Martinez. 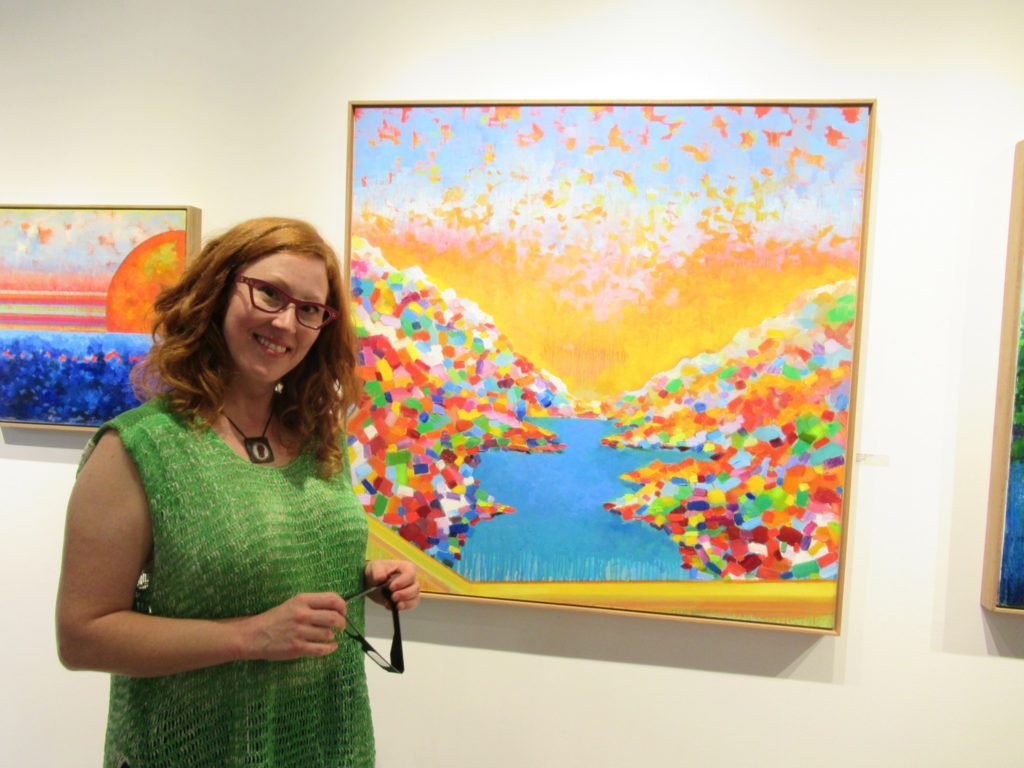 Malone is photographed in front of what she says is her favorite painting. 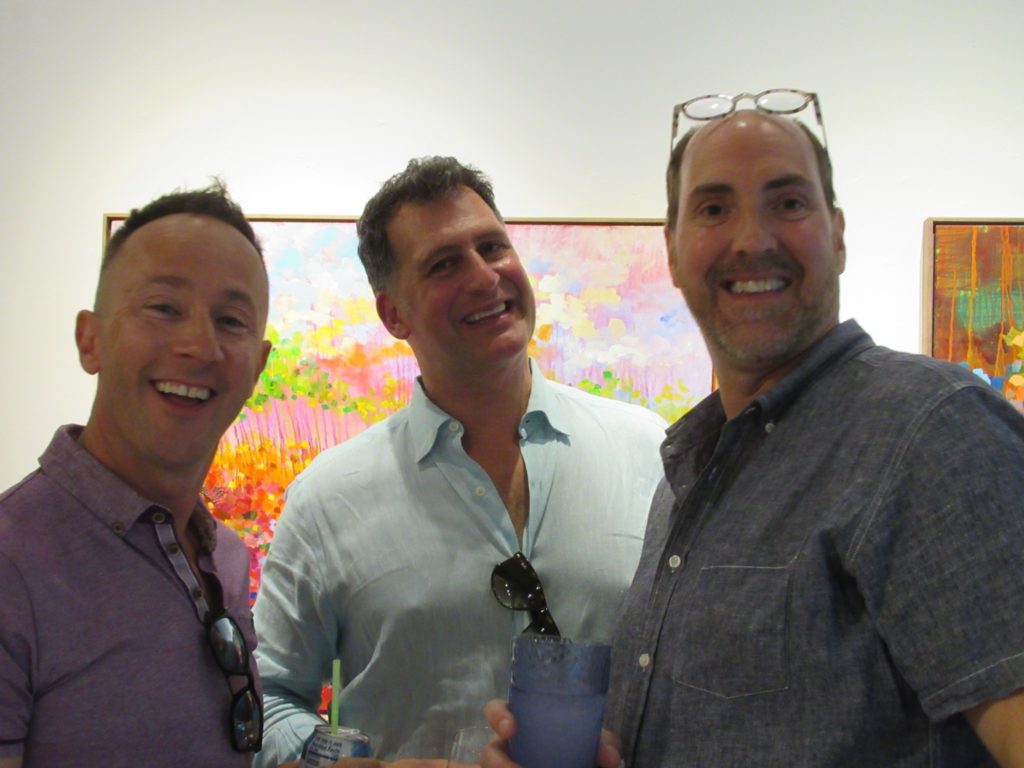 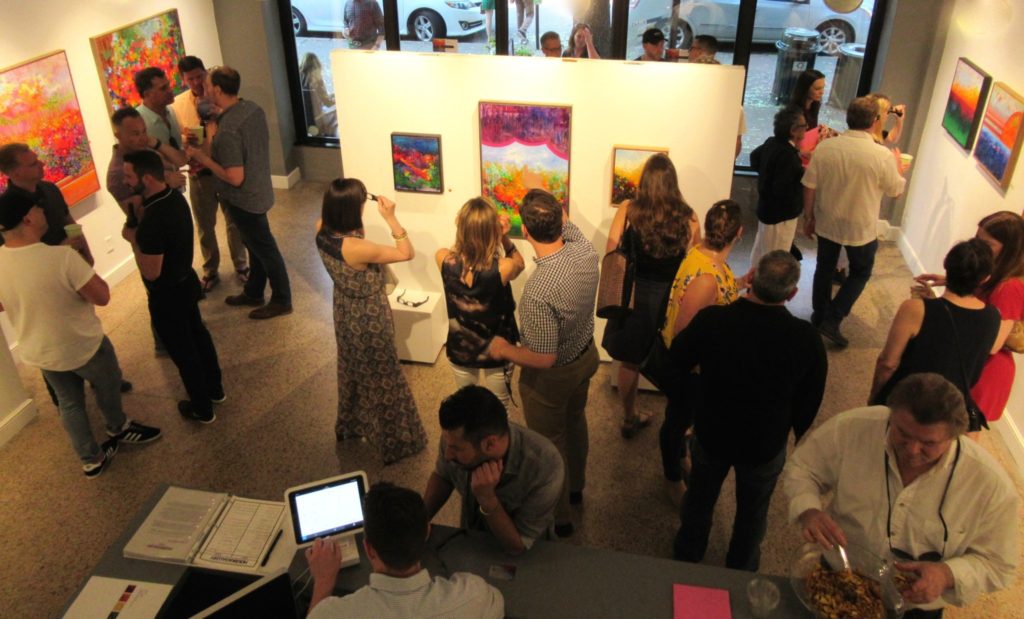 Julie Malone’s art will be at Houska Gallery until July 14.

A visit to Cortex’s AB Mauri, where they’re passionate about baking