Protests in CWE: from a peaceful beginning to mayhem 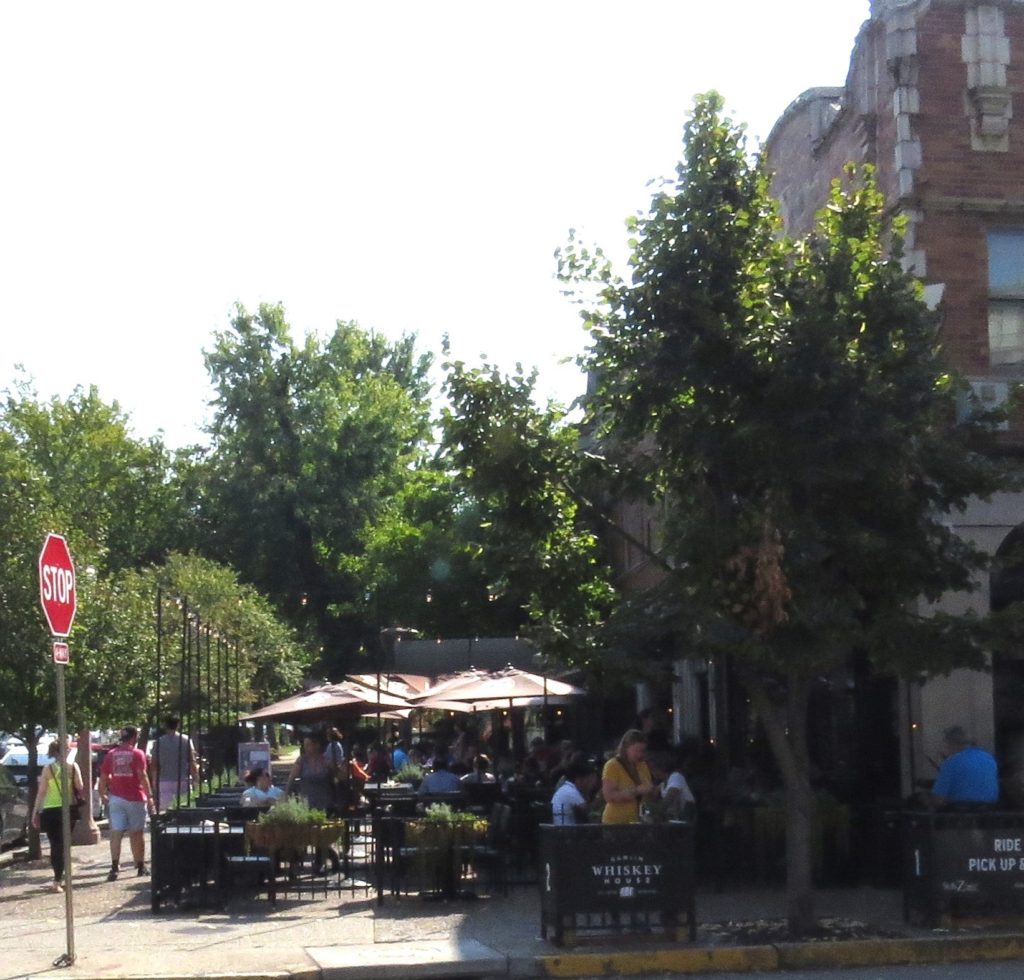 The CWE returned to a semblance of normalcy yesterday following a night in which peaceful protests following the Jason Stockley verdict took a menacing turn ending in senseless destruction to some neighborhood businesses, Schlafly Library, and Mayor Lyda Krewson’s home.  Often overlooked in the aftermath of events of this sort are the many neighborhood employees, especially cooks, dishwashers, and waiters, who lost wages because restaurants either shut down early, or lost business because cancellations followed news of the protests on social media. 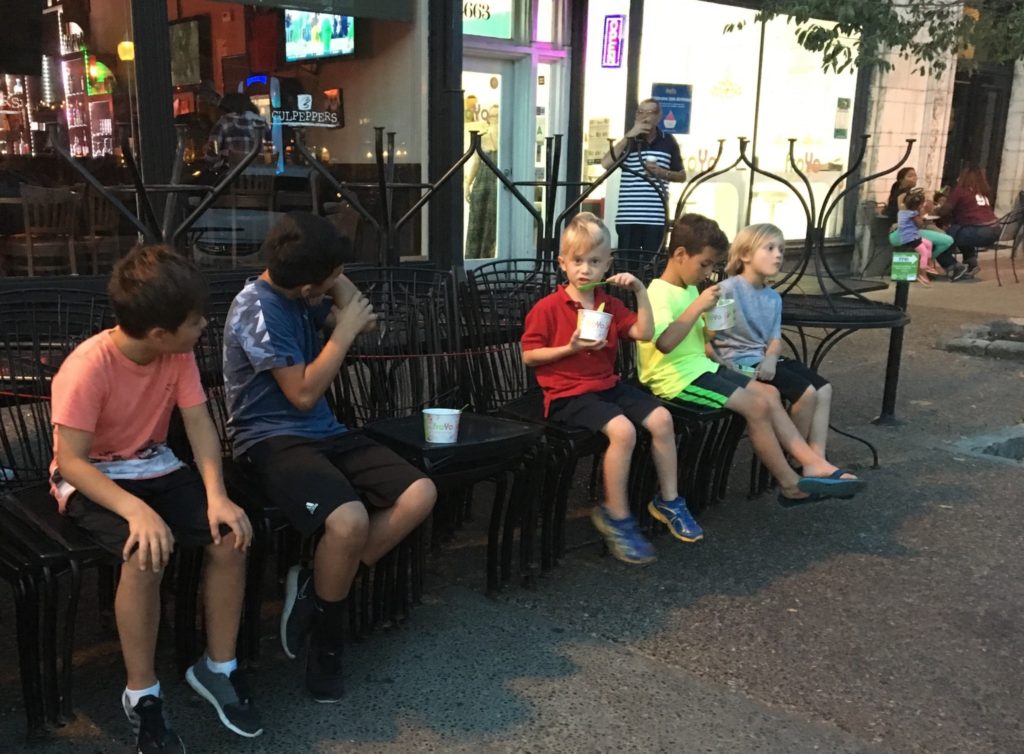 That being said, you can’t keep a great neighborhood down, and by 11 a.m. Saturday morning the sidewalk cafes at Gamlin Whiskey House and Starbucks, first photo, were crowded with neighbors and visitors alike enjoying a sunny Saturday morning. And last evening, there were scenes like the one above outside froYo. 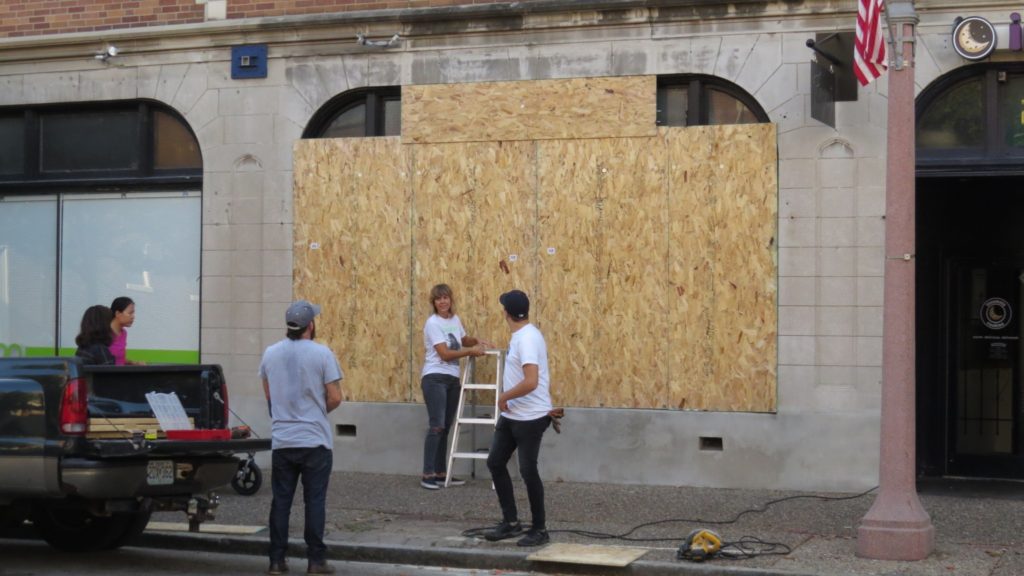 Saturday morning, proprietors of small locally-owned businesses like Fauxgerty, 228 N. Euclid, above, were busy covering storefront windows that had been smashed by protestors, and like all the businesses affected, calculating the loss in sales and the cost of repairs. 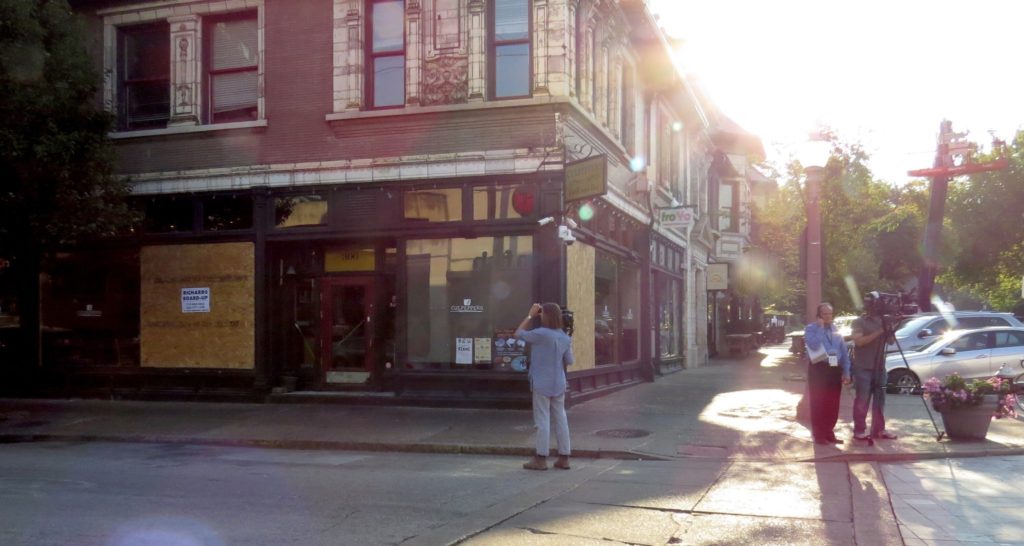 Local tv reporters, above right, were interviewing residents and filming the damage left behind. Culpepper’s, at Euclid & Maryland, above, sustained damage to two large windows. 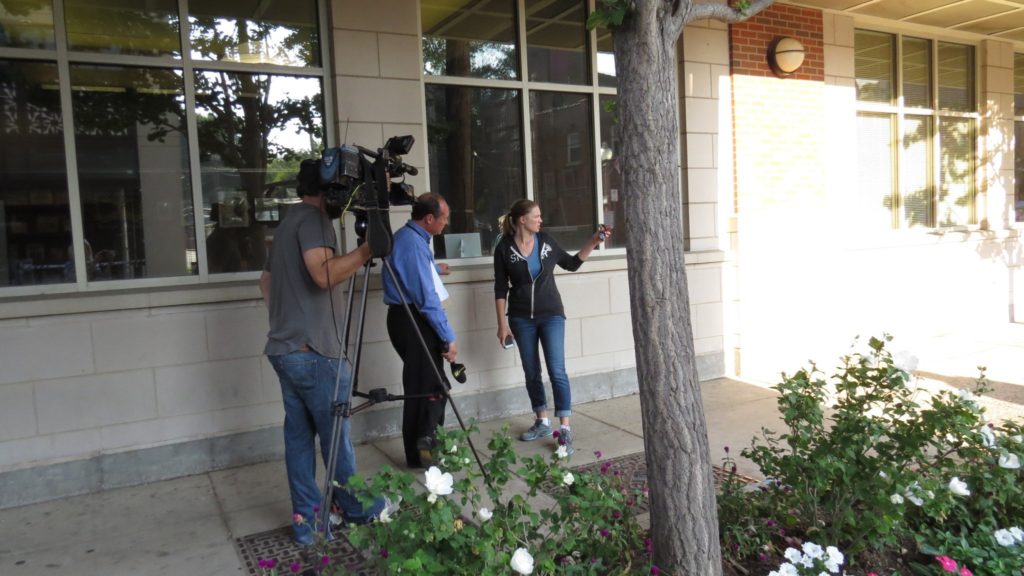 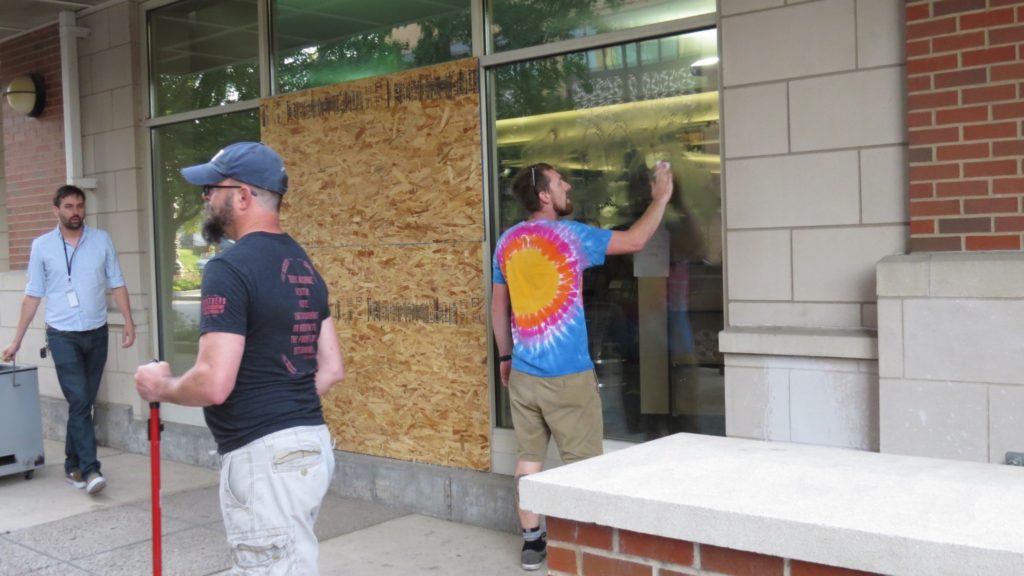 In my opinion, the most heartbreaking facility targeted by vandals was the Schlafly Library at the corner of Euclid and Lindell. Windows and doors were shattered, and books were pulled off shelves and scattered on the floor. Schlafly Library, as all of the libraries in the St. Louis Public Library system, are welcoming to anyone, all day, every day, and serve as a safe place for many people who have no where else to go. The destruction makes absolutely no sense.

Yesterday morning however, good Samaritans from the Soulard neighborhood, above, who had seen news reports of the damage, came to the CWE to remove graffiti from the windows and sweep up glass around the building. Wow! We really are better together. 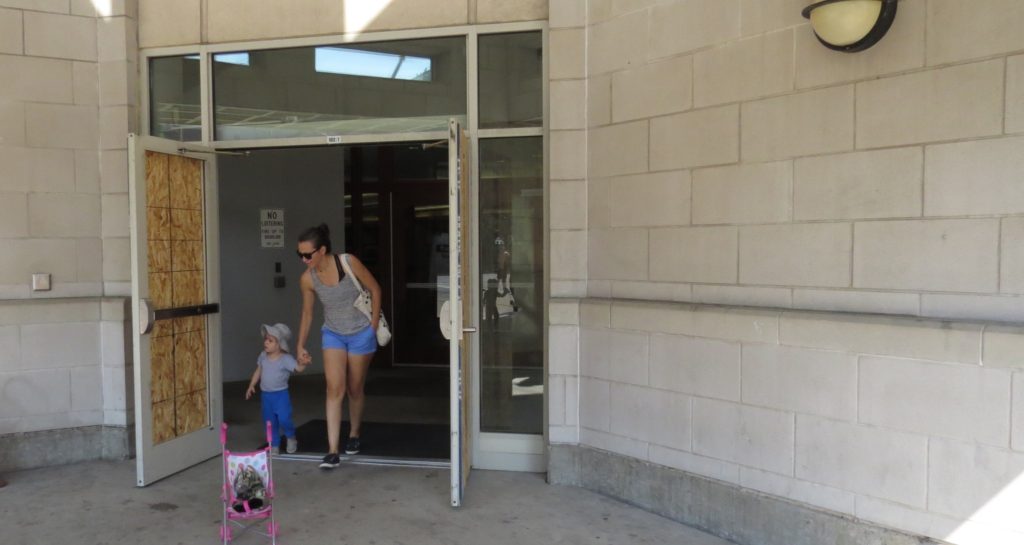 How do you explain to a toddler, above, why the doors on the library are broken and the library is not open (it did open later). 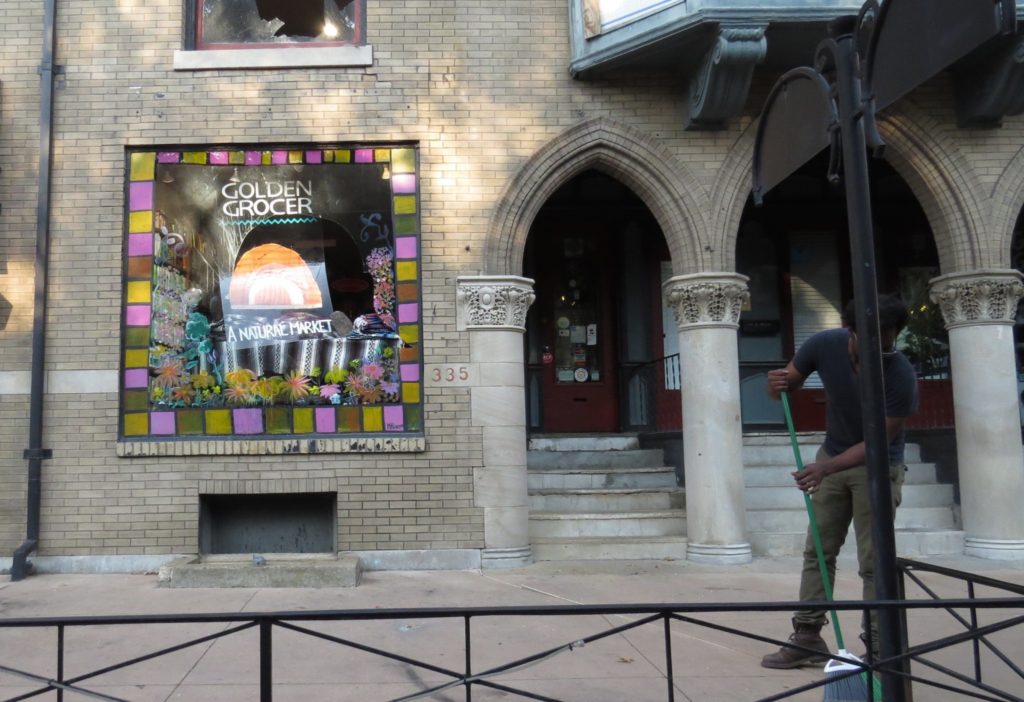 The Golden Grocer, 335 N. Euclid, which has been in the neighborhood for over 40 years, did not escape the wrath of agitators.  Two windows were shattered as was a third in a space above the shop, top. Apologies for not framing the photo better so you can see Cliff Helm, right, who stopped by to sweep up on his way to work at Left Bank Books where he leads StoryTime on Saturday mornings. 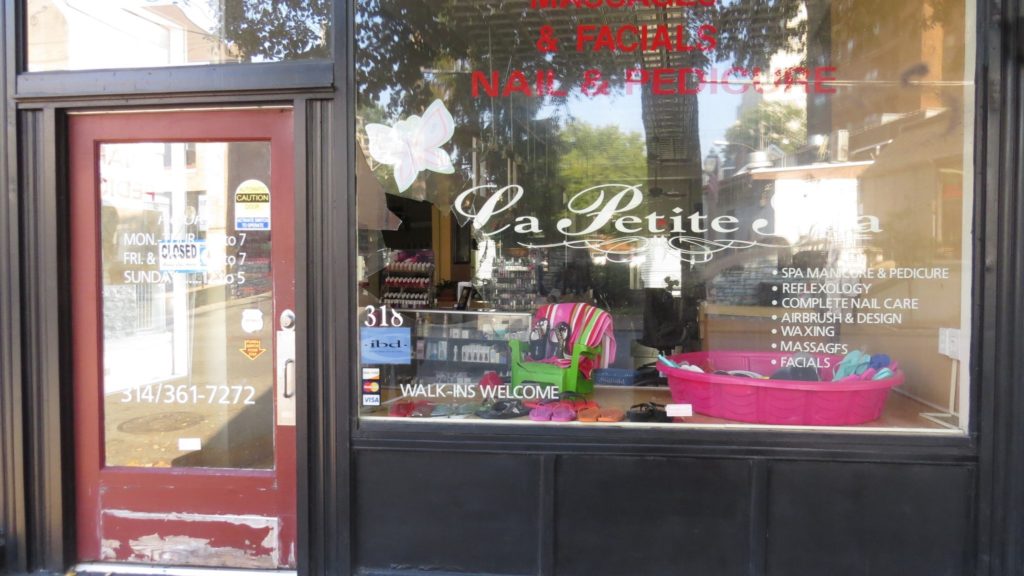 La Petite Spa, a nail salon at 318 N. Euclid, was another target, and I noticed a boarded up window this afternoon at Subway, 115 N. Euclid. A reader just alerted me that someone shot through the window and a bullet lodged in the cash register.  See reader’s comment regarding damage to Walgreen’s, 4218 Lindell Blvd. 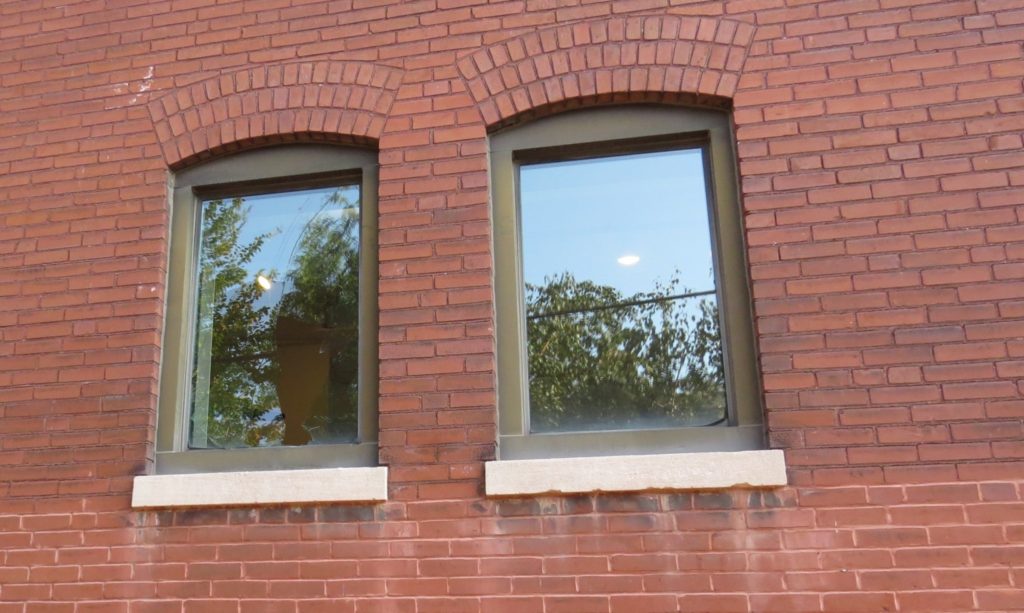 A window on the alley at east+west, 387 N. Euclid, was also broken. Shop owners can be seen through the front window, below, as they install plywood. 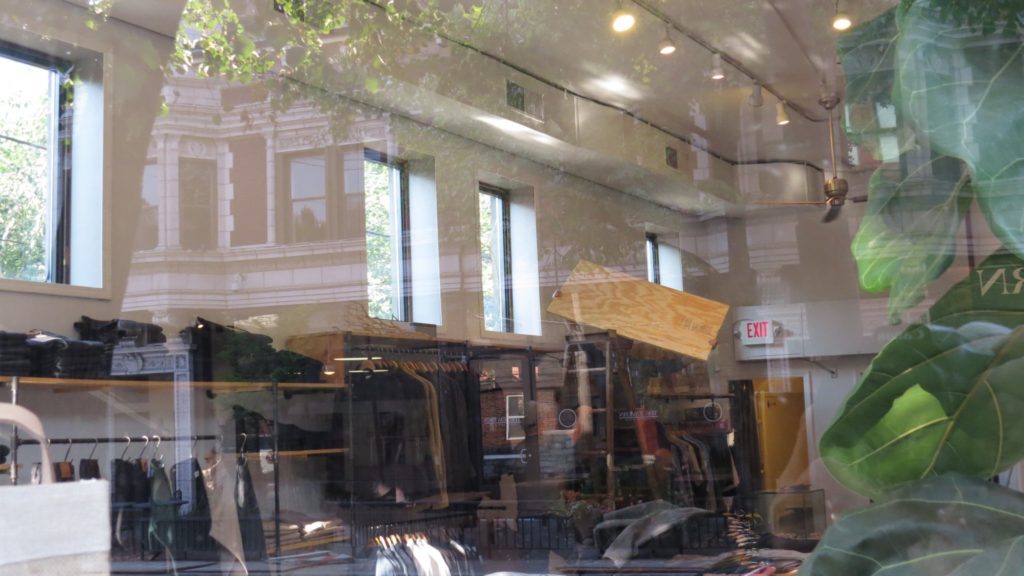 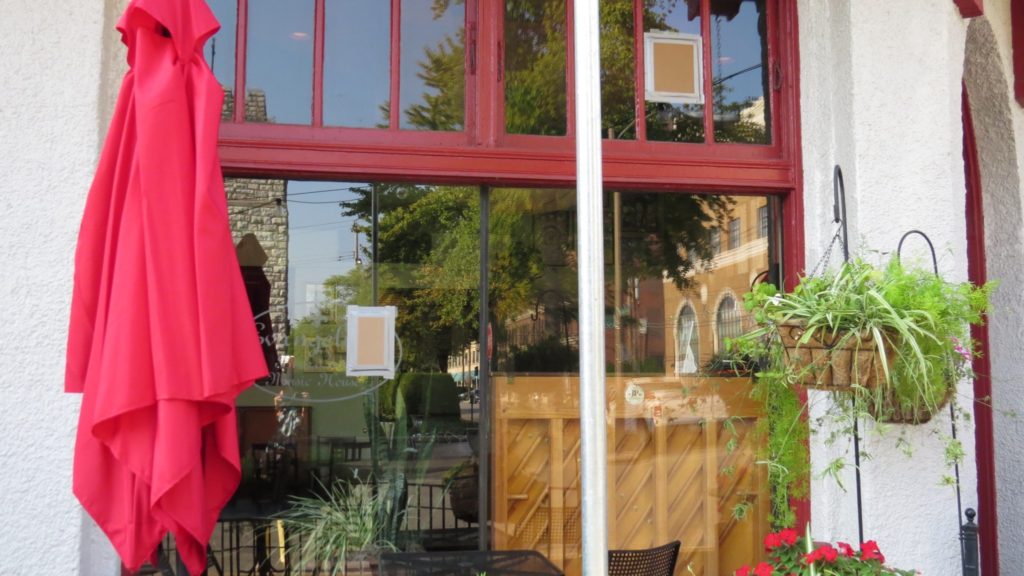 Evangeline’s, 512 N. Euclid, also got hit, see above. Yesterday morning I spoke to a gentleman who works in the kitchen at Evangeline’s who said, “I lost wages because of these young punks. It makes absolutely no sense to destroy busineses.” Again, it’s the lower wage workers, such as cooks, dishwashers and waitstaff who suffer the most when reservations are cancelled and people stay away in fear.

In addition, graffiti was sprayed on entry gates at Hortense and Lenox Place, sidewalks throughout the neighborhood, and a CWEnder’s truck, below. 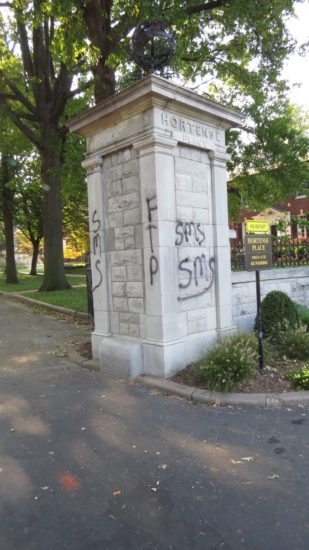 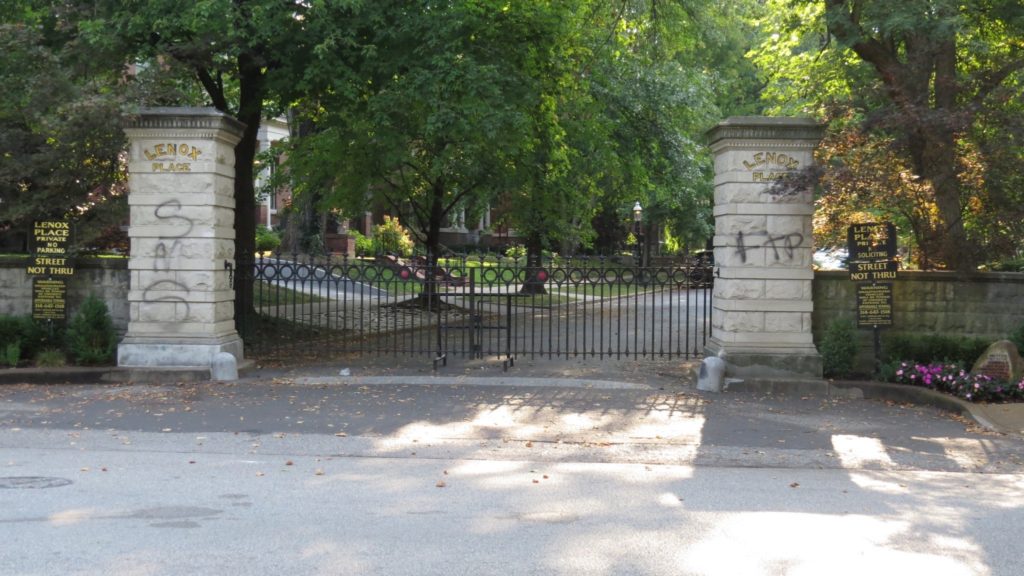 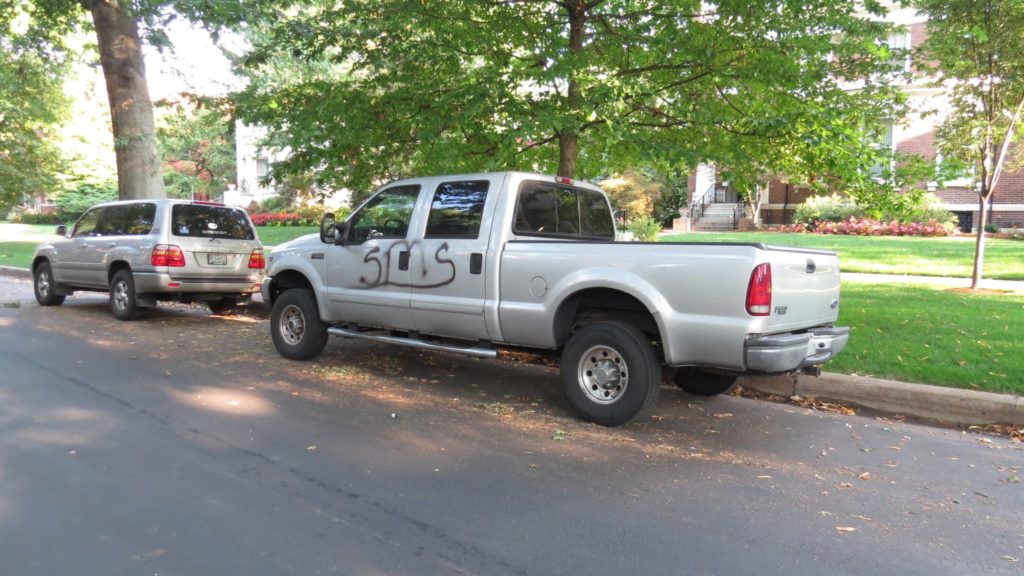 The Central West End, like UCity which was subjected to the same senseless scenario last night, have long been known as neighborhoods that are tolerant of people’s rights and choices, including the right to protest. However, it’s extremely unfortunate and counter-productive when violence overshadows the cause, as was the case in UCity where approximately 23 businesses were vandalized and policemen were injured, when destruction and violence become the story.

I found this video on the KSDK website of an impassioned, articulate reaction in an interview with reporter Casey Nolen last night that I think captures how many of us feel about the road going forward.

In the meantime, support local businesses whenever you can. They are all feeling the brunt of Friday night’s events and need your support.