Snapshots from 2017’s National Night Out 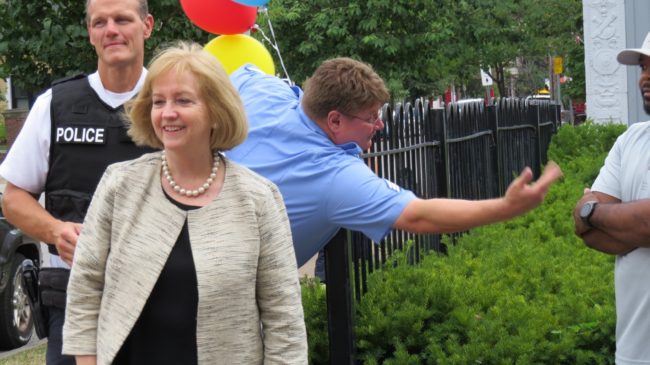 The annual National Night Out events afford an opportunity for residents to thank the police for all they do to serve the community, and at the same time offer the officers a chance to socialize with the residents in a relaxed setting.

An added bonus to last Tuesday’s event at the CWE Neighborhood Security Initiative office, 447 N. Euclid, was that Mayor Lyda Krewson scheduled a stop for the first of her visits to 6 other National Night Out happenings across the city. With the mayor in the photograph above are from left, Officer Joe Morici, Sergeant John McLoughlin (in blue shirt), and far right, Lyndon Cornell, the NSI’s Camera Project Manager. 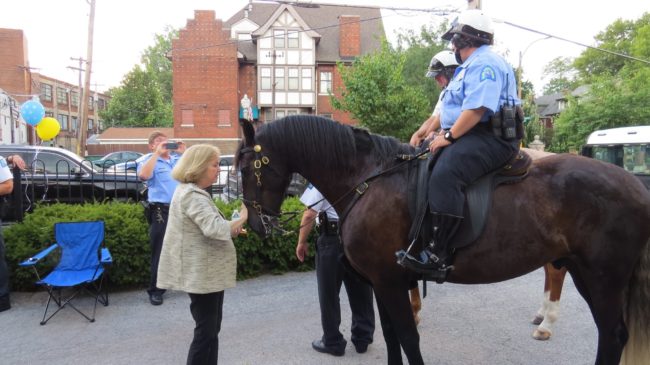 Heather Navarro, recently sworn in as alderman of the 28th Ward, stopped by after I had departed, so there isn’t a photo of her here. If you haven’t seen the July 28th issue of the West End Word, here is Don Corrigan’s excellent in-depth article titled: getting to know Heather Navarro.

Jess Batchelor, director of the Central West End Association, right, is shown with Jonny Griese and Faith Griese, left, Assistant Pros at Dwight Davis Tennis Center. Batchelor is also director of Tennis Development at Dwight Davis where she raises funds and runs outreach programs that benefit inner city youth and wheelchair athletes. The trio, who brought along a net, kid-size rackets and low compression tennis balls are shown warming up before pint-size attendees joined in. 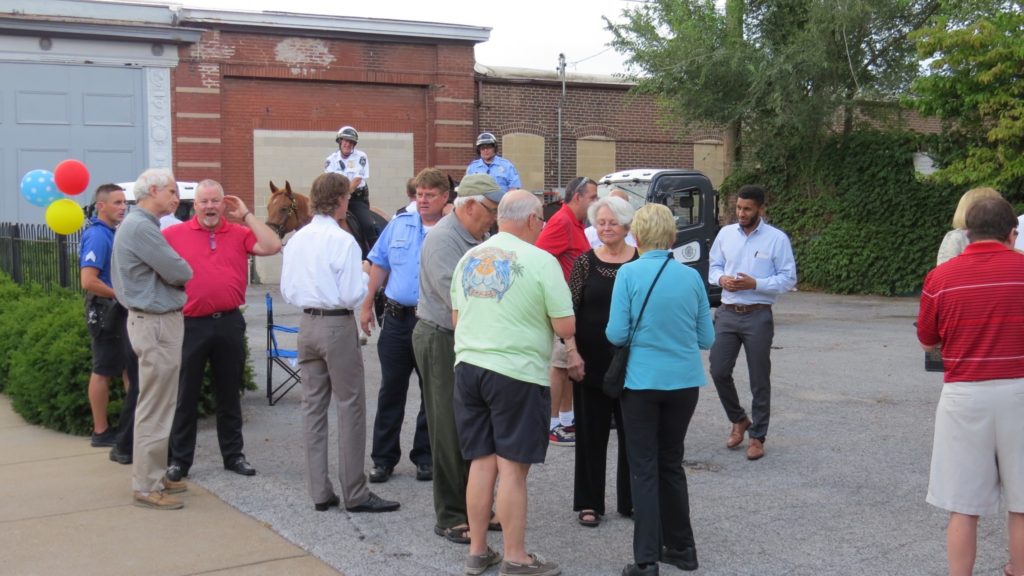 By the time the event drew to a close around 7 p.m., 40 to 50 people had stopped by. Among the attendees were from left, 17th Ward Alderman Joe Roddy, and Jim Whyte, Executive Director of the CWE NSI (in red shirt). Also photographed is Jay Scheinman, in blue shirt right, Mayor Krewson’s liaison to the Board of Alderman.

Thanks to the staff of the CWE NSI office, Jim Whyte, Sarah Wickenhauser, and Carolyn Compton, for hosting the event and for treating everyone to Ted Drewes.

An early summer workshop with Mary Engelbreit and Charlotte Lyons