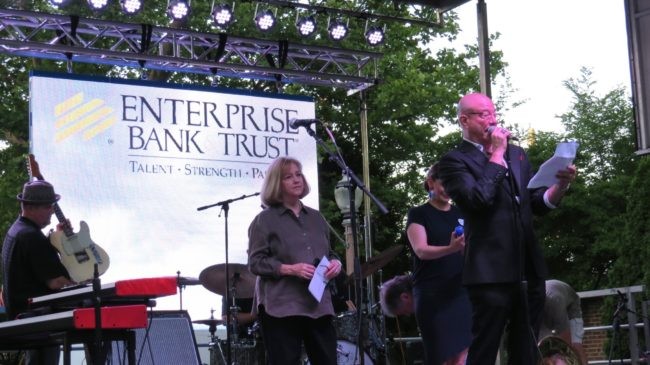 Judging from the many comments received following the CWE Cocktail Party held last Saturday, June 10, the 2nd annual street party was even more successful than the 1st. Those eager to dish on the topic included the producers, the CWE North Community Improvement District, neighborhood restaurateurs and bar owners who mixed inventive cocktails of many stripes and colors, and a sampling of the estimated 4500 people in attendance.

The party took place on Euclid Avenue, which was closed for the event between Maryland and McPherson Avenues.

Chris Lanter, photographed above, a commissioner of the CWENCID who served as MC for the event, thanked sponsors for their support and introduced Mayor Lyda Krewson, left, who welcomed the crowd to her home turf and, along with Cabanne Howard (partially hidden from view), raised the first glass to kick off the party. Cabanne had just learned that she’s a distant relative of Clara Walsh, who is on record as hosting the 1st-ever cocktail party in her Lindell Blvd. mansion 100 years ago. 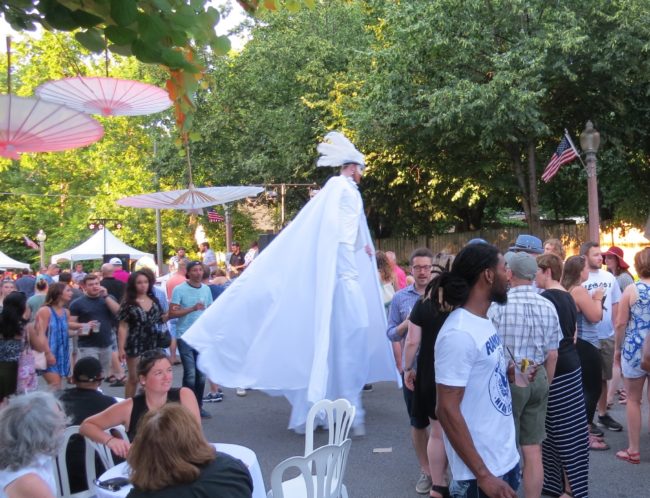 Festivities started at 7 p.m. Saturday evening and by 7:30 the party was in full swing — it was packed. 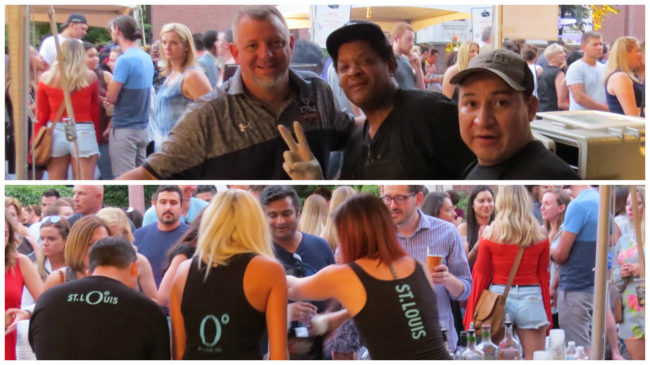 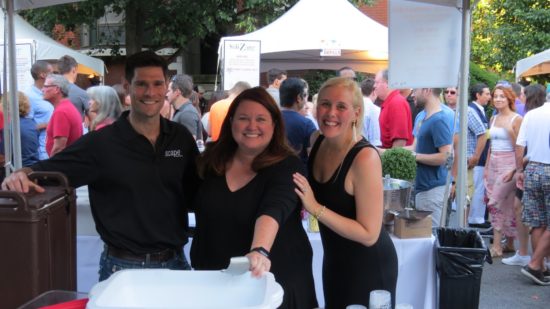 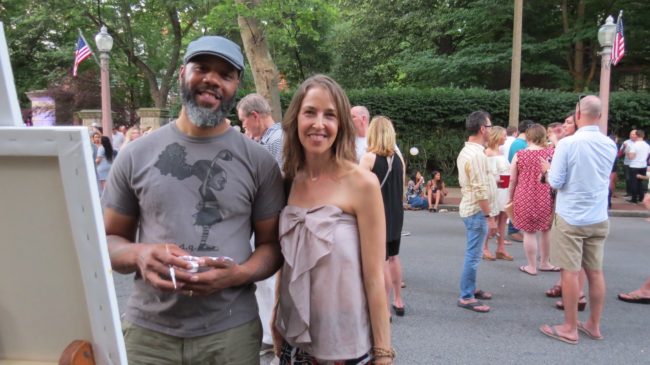 A couple of artists set up easels for the event including Chabi, left, who is shown above with Amy Johnson, creator of neighborhood pop-up KayOss Designs, which is located at 304 N. Euclid until the end of June. 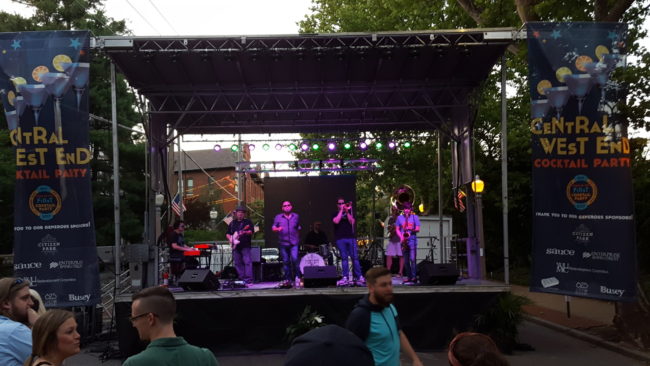 The Funky Butt Brass Band entertained the crowd from the north stage located near McPherson Ave. 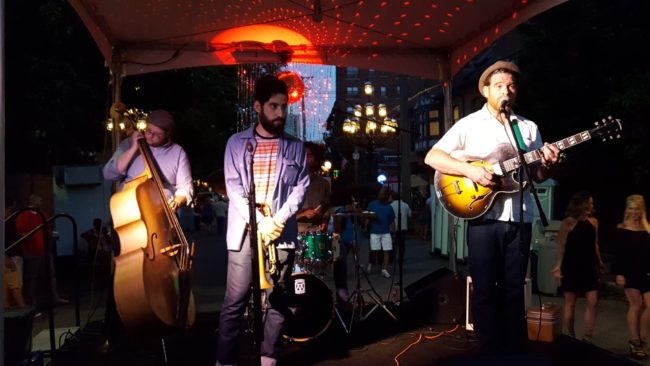 Tommy Halloran’s band performed at the south end of Euclid. 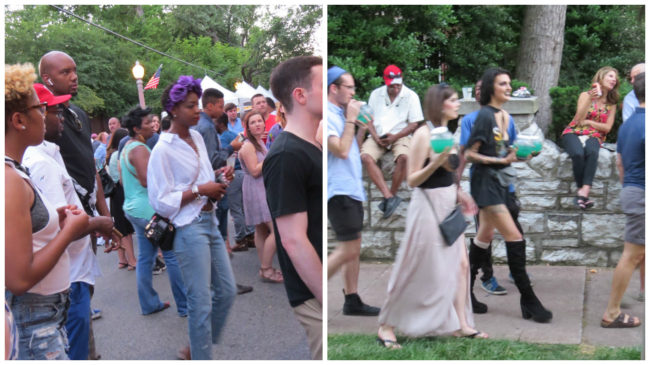 A few of the many stylish party-goers.

Thanks to the CWE North Community Improvement District’s Kate Haher, Elisa Essner and their crew, especially event coordinator Alexis Tucci, for another fabulous event. We look forward to the 3rd annual CWE Cocktail Party in June, 2018.