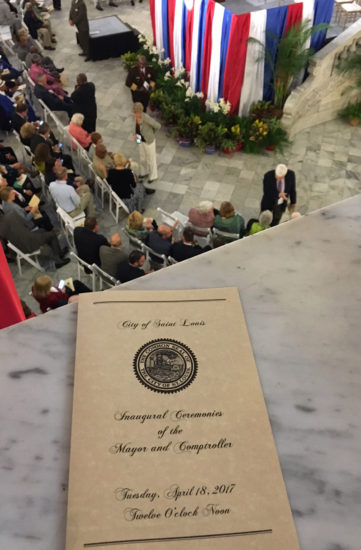 Yesterday, at a noontime ceremony at City Hall, 28th Ward Alderman Lyda Krewson was sworn in as the 46th Mayor of the City of St. Louis, and the first woman ever to hold the office. Shortly before, Darlene Green was sworn in for her 6th term as Comptroller. 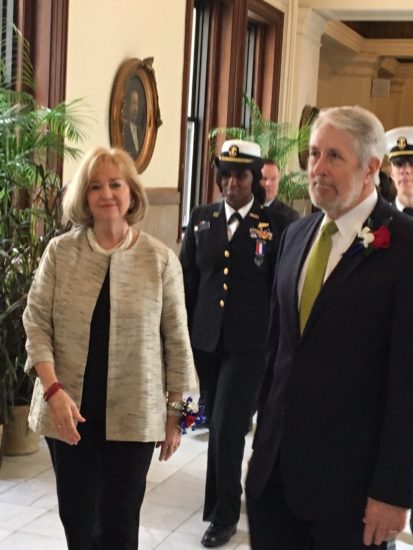 Lyda Krewson and husband Mike Owens are photographed as they leave the Mayor’s Office to head to the swearing-in ceremony. 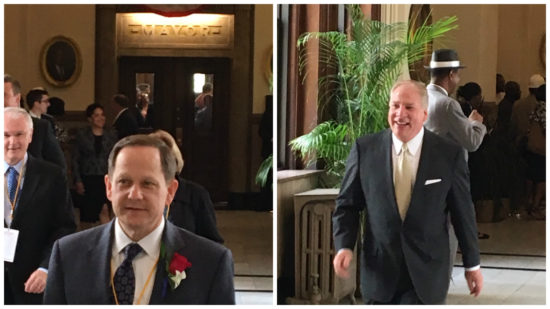 From left: Mayor Francis Slay who served as mayor for 16 years, and right: Gregory F.X. Daly, Collector of Revenue. 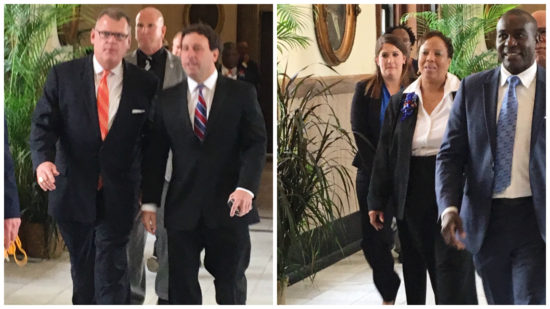 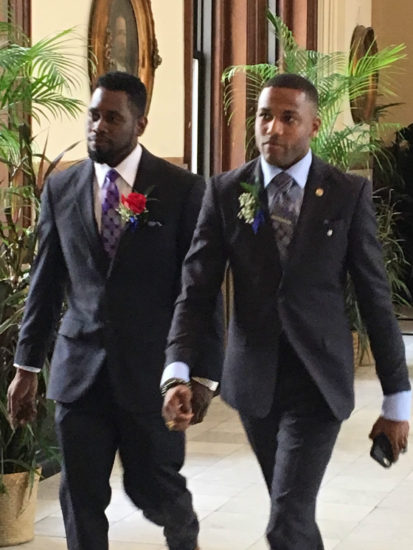 Photographed here are two of the 6 new aldermen who were sworn in earlier in the day. Brandon Bosley, left, of the 3rd Ward and John Collins-Muhammed of the 21st Ward, right, who at age 25 is the youngest alderman in the chamber. Bosley succeeds his father Freeman Bosley Sr. His half-brother Freeman Bosley, Jr. was mayor in the 1990s, and his mother Lucinda Frazier is the 3rd Ward Committeewoman. 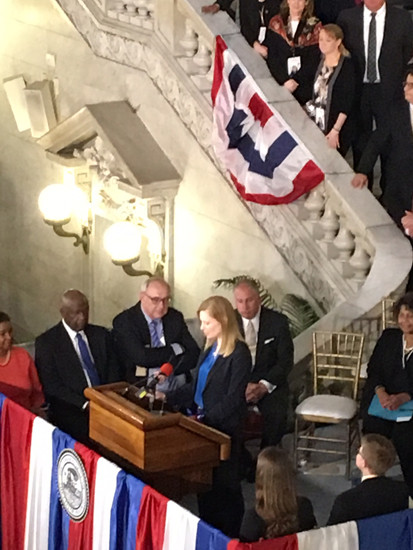 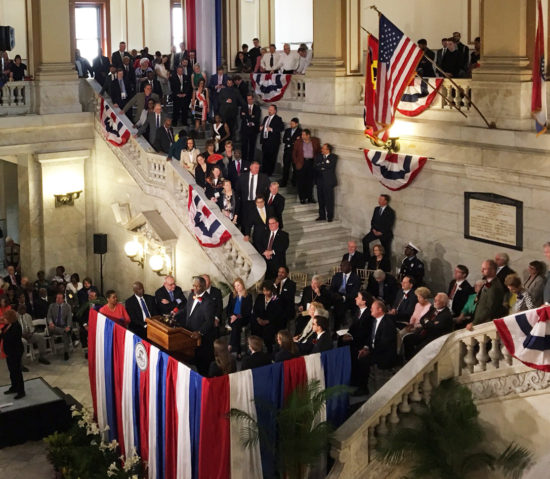 Kansas City Mayor Sly James introduced Lyda Krewson. Mayor James and St. Louis County Executive Steve Stenger met with Krewson for dinner the night before at The Chase to begin talks about how they can work together on topics of common interest. Read St. Louis Public Radio’s excellent reporting of the new mayor’s remarks here. 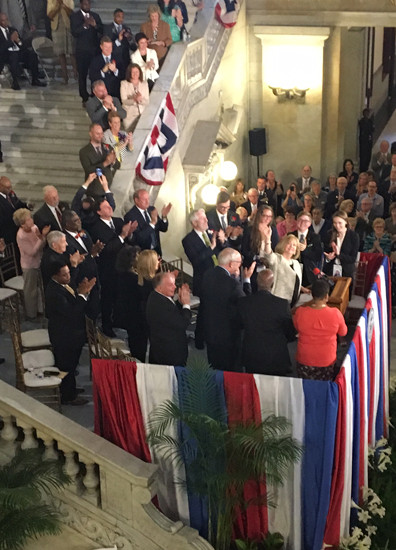 Meet the 46th Mayor of the City of St. Louis, Hon. Lyda Krewson. 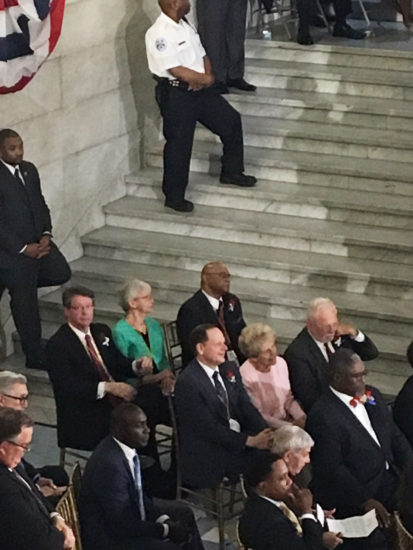 It seemed like old home week at City Hall yesterday with so many CWEnders in attendance to celebrate Lyda’s victory. Those of us who live in the 28th Ward know how fortunate we have been to have her represent us in the Board of Alderman for the past 19 years. I’m sure she’ll bring the same level of professionalism and innovation to her new job as mayor.

The big question is who’s going to replace Lyda as alderman of the 28th Ward? Rumor has it that there may be as many as thirteen potential candidates. I’ve learned that the process begins with a recommendation of a candidate from the 28th Ward Committeeman & Committeewoman to the Democratic Central Committee, where the nominee will be certified as legally qualified for the office and then forwarded to the Board of Election Commissioners. A special election will be held on July 11. I’ve asked for more information and will post updates as I learn more details.