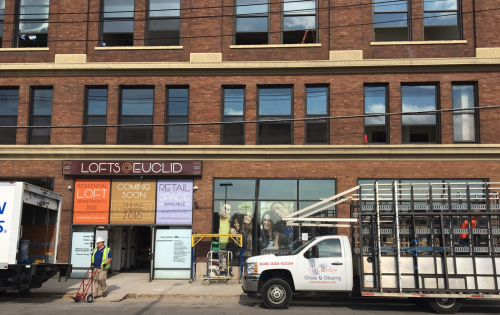 The occasionally intrusive sounds of construction have abated somewhat as structure for the 12th and final story has been placed on the 177-unit Opus project at Euclid Avenue and Lindell Boulevard. Meanwhile, there are three additional apartment projects under construction in the CWE on the Euclid corridor alone. Another is underway on Olive Street west of Taylor Avenue.

Once these apartments are occupied more people on the street will be a good thing, but getting there has been messy, inconvenient, and really noisy for those of us who live nearby. I yearn for a return to the day when the only sounds I hear are whatever normal was – long before I overheard someone brand the many construction cranes as the neighborhood bird.

If you've wondered, as I have, how so many apartments coming on the market at approximately the same time would find occupants, you needn't have given it a second thought. This post centers on Lofts@Euclid, an 87-unit apartment project at the corner of Euclid Avenue & Delmar Boulevard developed by Cullinan Properties located in Peoria, Illinois. Though the gut-rehab of the 6-story building is ongoing, the first tenants started moving in 8 weeks ago. 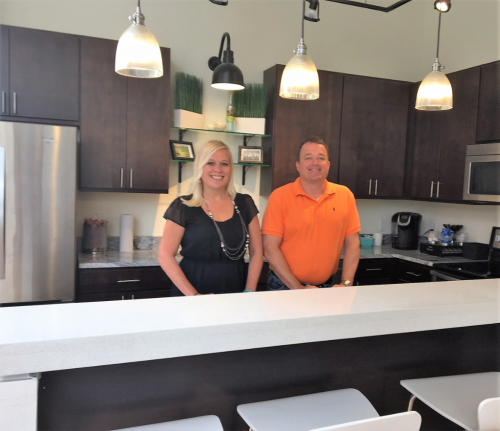 When I visited the display apartments recently, MLP Property Management's Sarah Moran and Cullinan Properties' Scott Bishop, shown above, reported that the project is already 52% leased. The majority of tenants have a connection to St. Louis University, Washington University or BJC. Seattle transplant Regina Mooney is an exception. She's the new president of St. Joseph's Academy in Frontenac, whom I met at Silo Coffee at TechArtista last week. She said she loves her apartment, and that she and her yellow Lab are having a great time exploring her new neighborhood too. 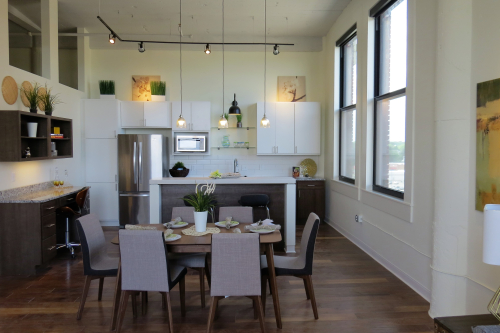 There are 24 floor plans to choose from at Lofts@ Euclid. Soaring 12' 9" ceilings, large windows, wood floors, and high-end finishes are standard throughout. The photos above and below show an example of a two-bedroom, two-bath 1250 s.f. corner unit that leases for $2259 to $2349 per month. 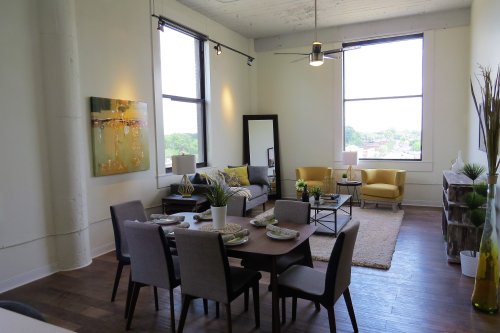 The view from the master bedroom. 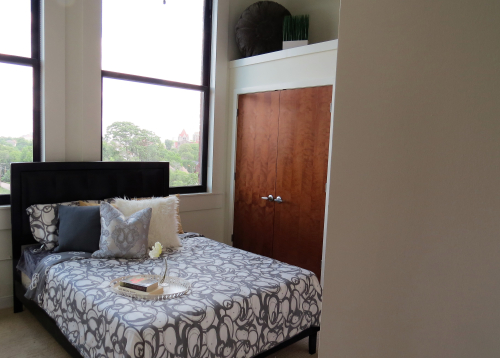 The master bedroom, above, and bath, below, in the two-bedroom, two bath display. 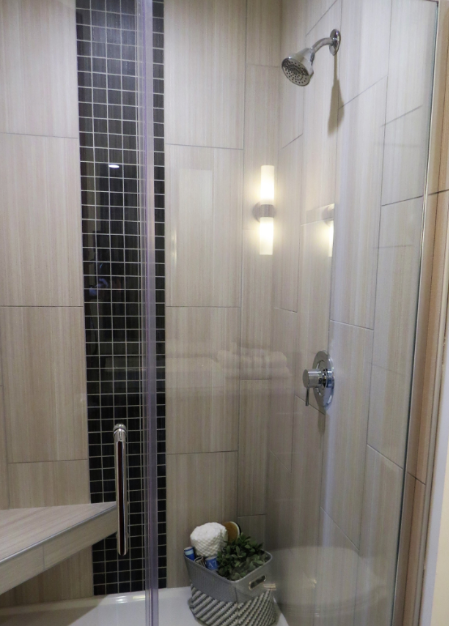 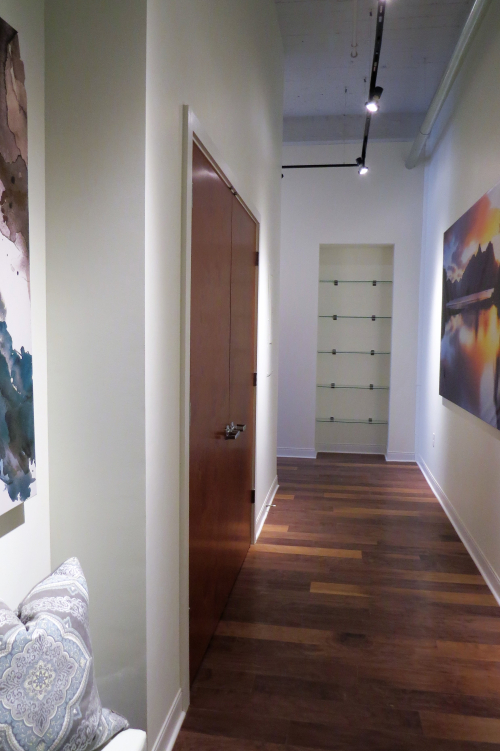 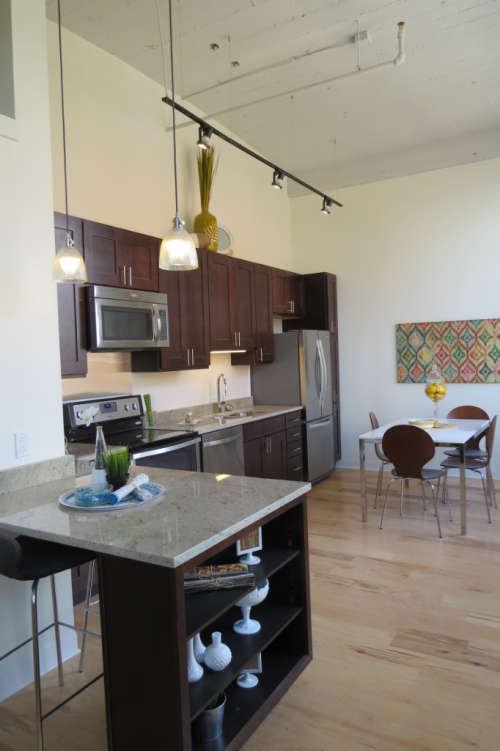 Shown above and in the next few photographs is a 1-bedroom apartment. Floor plans for some 1-bedrooms include an office alcove and an outdoor balcony. One bedroom units range in size from 711 s.f. to 1211 s.f. and lease for $1299 to $1679 per month. 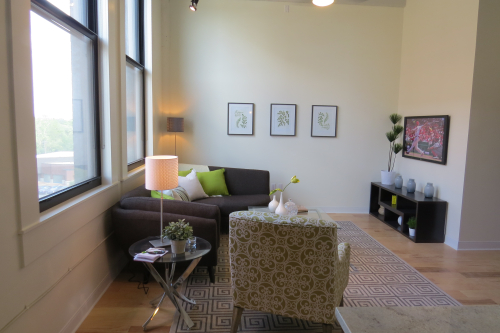 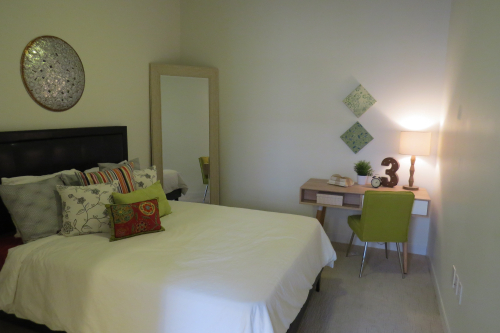 One the most desirable units, still under construction, is the 1-bedroom, 1-bath penthouse apartment located on the southwest corner of the roof deck. The penthouse will feature a spiral staircase leading to a study and two private roof decks, $2899 per month.

Building amenities include an entertainment area on the rooftop deck with gorgeous views of the CWE and downtown, a 2nd-floor fitness studio, and indoor parking. Tenants pay a $25 per month technology fee for internet and cable.

More on the new CWE apartment projects in future posts.