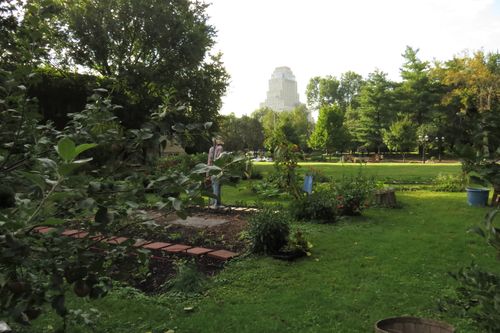 Instead of my usual Sunday post of a single photograph of something lovely in an urban garden, I decided to feature photos from a visit I made to the CWE Farm last Thursday morning. It's where I took my latest banner photo of a migrating Monarch as well. 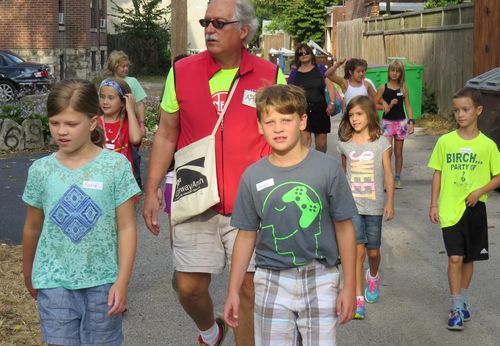 The history of the CWE Farm, located at 5057 Waterman just west of Kingshighway, is described on the farm's website here. Urban Farmer Arthur Culbert, the inspiration behind the project, is shown walking down the alley from New City School with 4th graders and their teacher, Denise Willis. 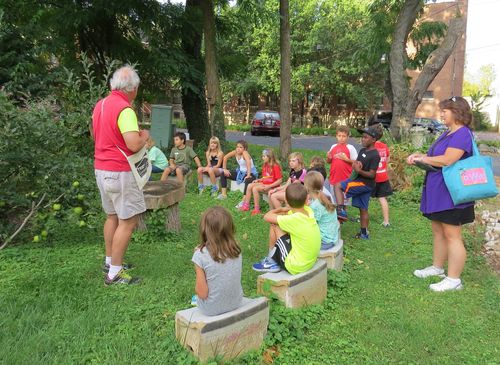 Learning about and working at the CWE Farm is part of the 4th grade curriculum on citizenship. On Thursday morning, the children learned they'd be picking apples and cutting okra for clients of the neighborhood's food pantries located at Trinity Episcopal and Second Presbyterian Churches. 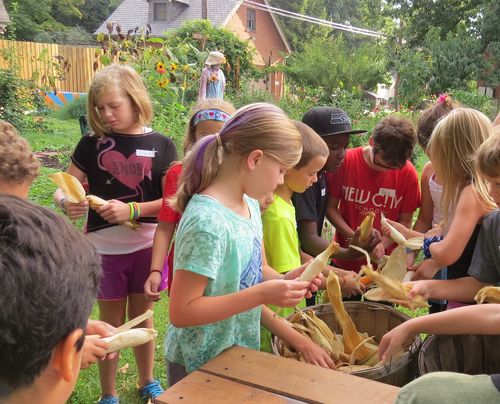 Corn needed to be shucked and put into a basket to dry. The dried corn will be popped by the children for the food pantries. And yes, they were told, while the food is grown for people less fortunate than they are, they will indeed be able to sample what they've grown. 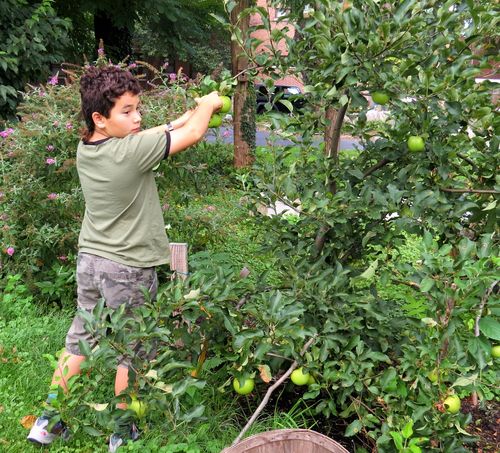 Fruit trees donated by supporters of the farm ring the perimeter. The trees have produced 200 apples and 150 peaches this year. 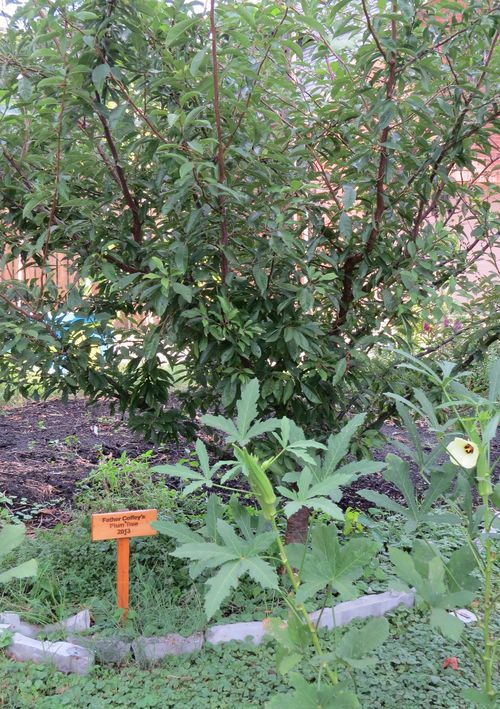 There are plum trees too. Each tree has a handmade wooden marker bearing the donor's name. 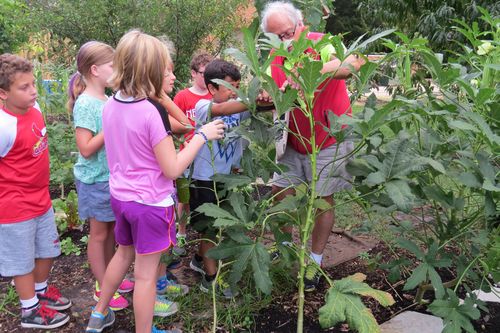 Arthur used okra picking as a teachable moment describing what the plant is and how it grows. 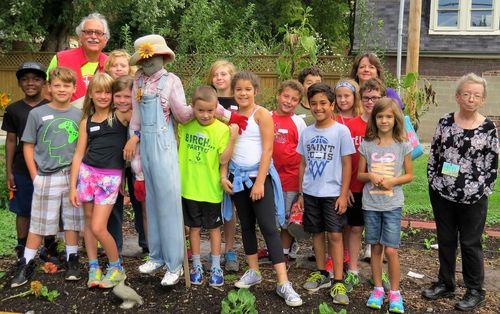 The entire class surrounded Carmen the scarecrow for a photo op before heading back to school. Also shown in the photograph, right, is neighbor and CWE Farm helper Jill Sayer. 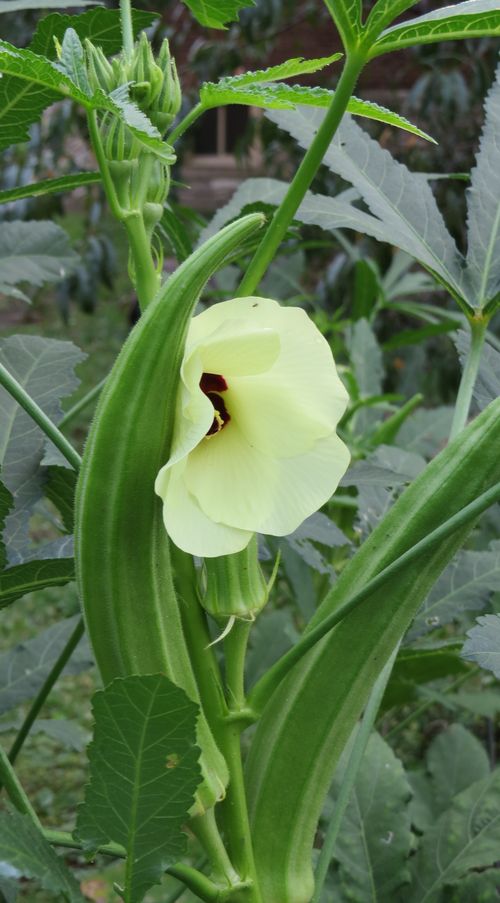 A close-up of okra above and chard in photograph below. The CWE Farm has produced a whopping ton of produce during the 2015 growing season. 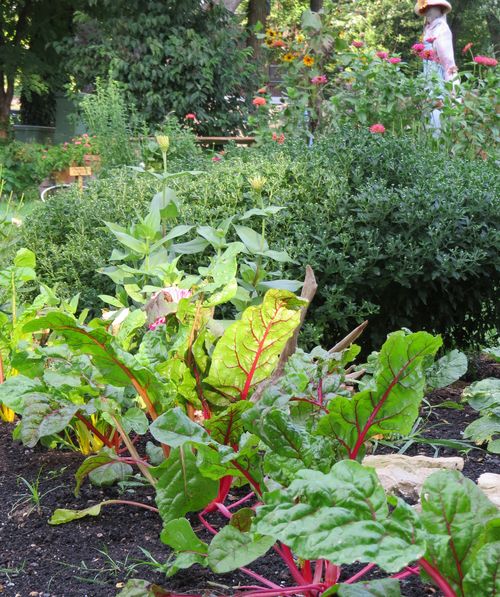 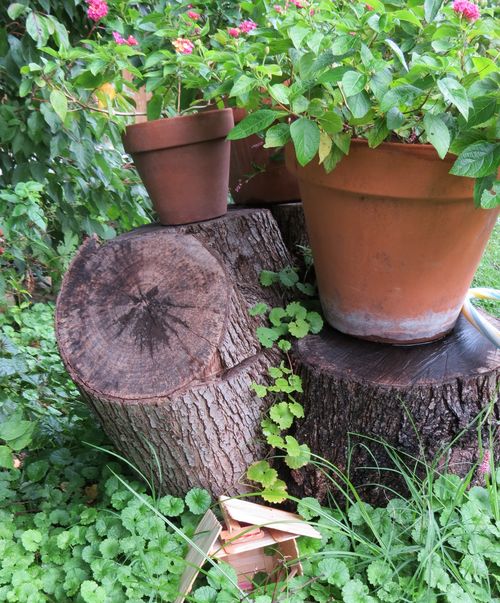