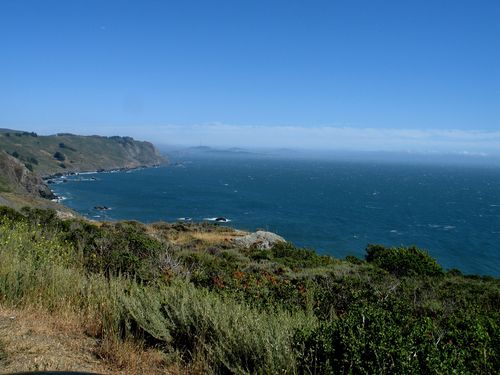 Last week we spent a few days in Marin County before heading up to Napa wine country for my nephew's wedding. Friends have remarked that the only time we go away it's for a wedding and, happily for us, it's true. Whether the wedding is for a family member or friend, we have been to some amazing places and experienced some fabulous celebrations—and this time was no exception.

We spent Thursday touring around San Francisco and decided on Friday to head up the coast to Stinson Beach and on to Bolinas, an easy day trip with breathtaking views along the way. 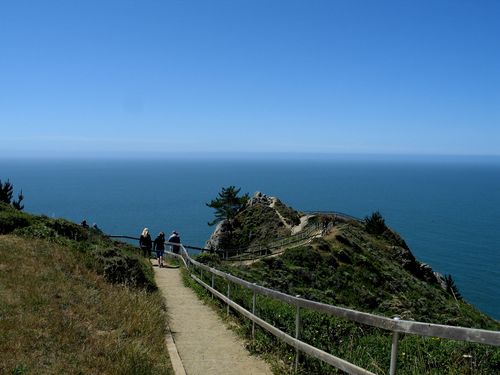 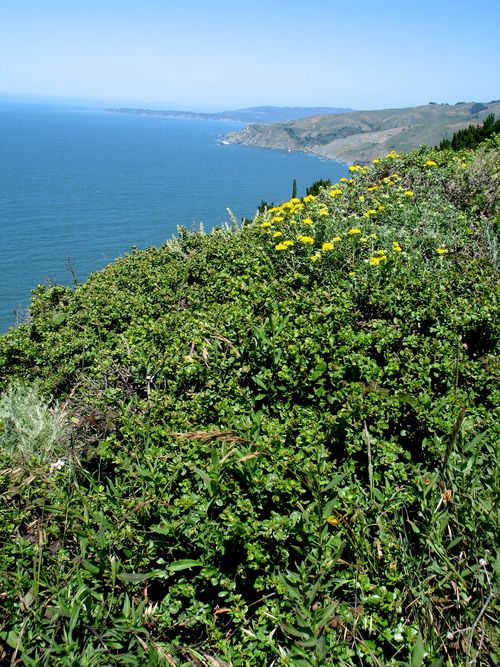 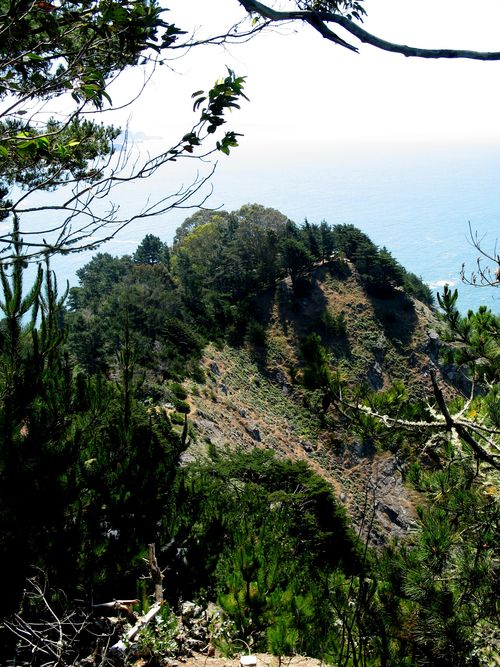 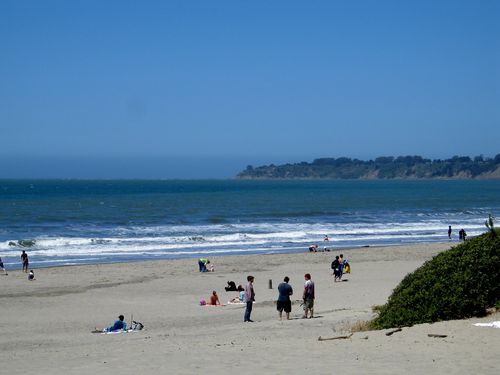 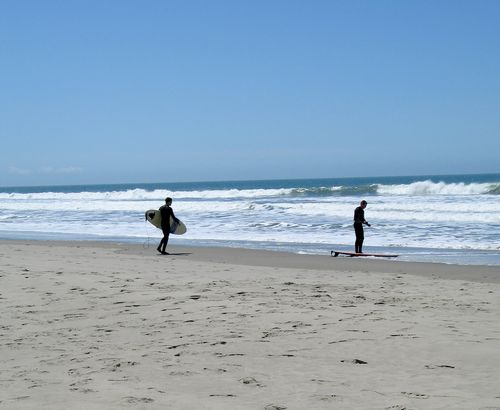 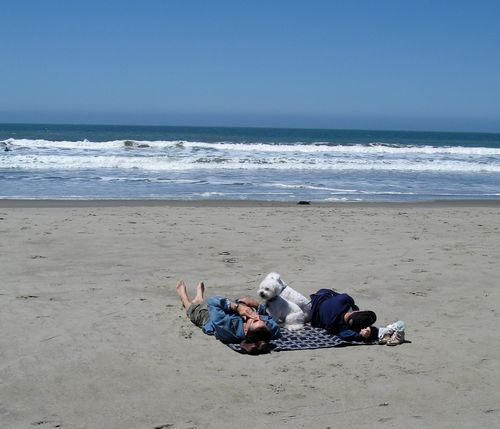 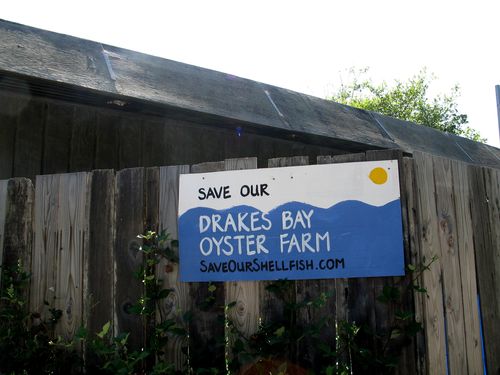 Further up the coast, the Department of the Interior wants to shut down Drakes Bay Oyster Farm because it is a commercial business located within Point Reyes National Seashore, a national park, and is allegedly  bad for the environment. Signs posted along the way indicate how the public feels about this. Read a blog about it here.  A decision is to be made by July 15. 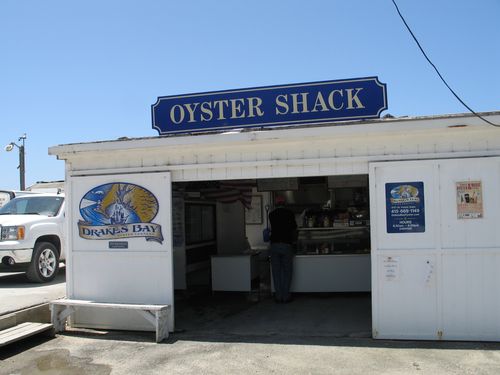 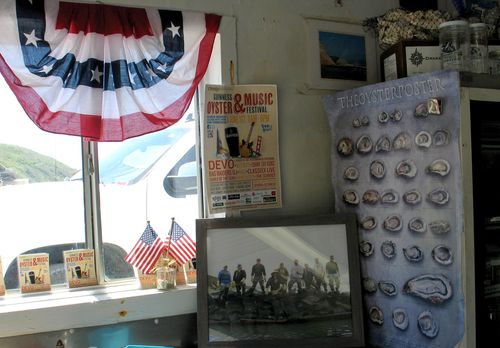 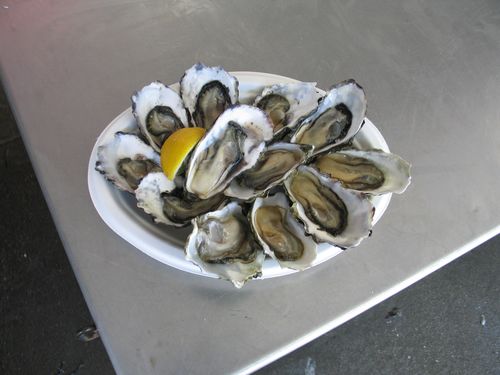 We watched the oyster farming process while enjoying a few oysters ourselves. They were briny and delicious! 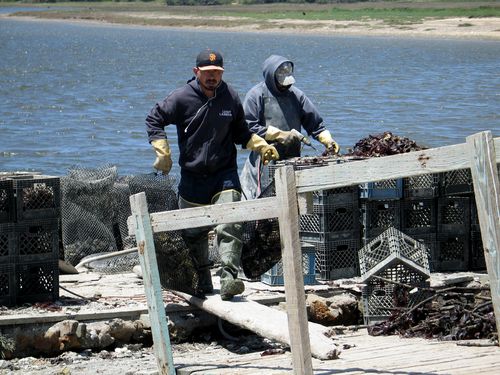 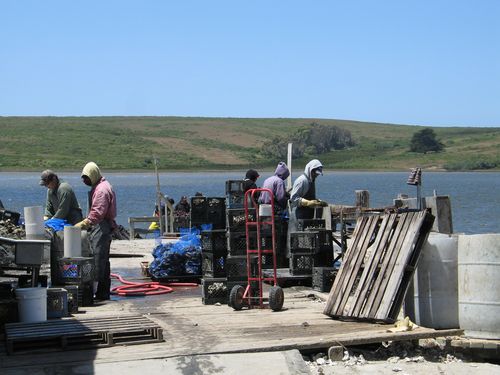 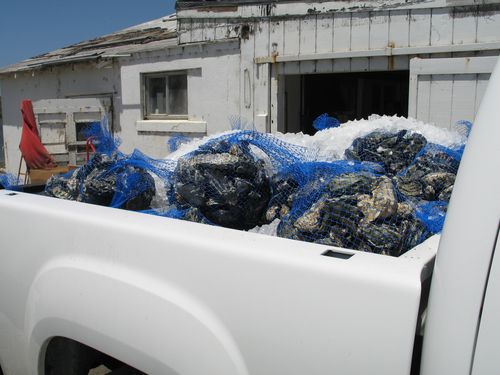 We followed a truck loaded with Drakes Bay oysters on the road back to the city and surmised the bounty would show up on weekend menus in San Francisco and Chez Panisse in the East Bay. 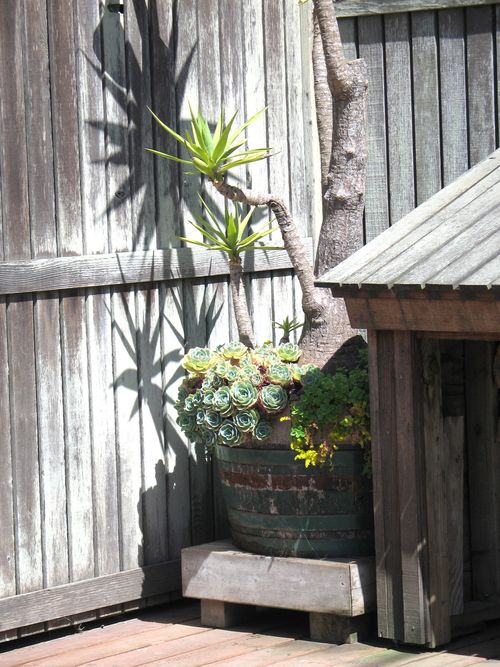 After a late lunch in Bolinas we picked up a hitchhiker—a personal chef whose car had broken down—on the way back to Stinson Beach who said that signs indicating the way to Bolinas were taken down so many times by residents (known locally as the Bolinas Border Patrol), the county decided it was too expensive to keep replacing them and just gave up. The hitchhiker also pointed out fields belonging to Star Route Farms which grows produce for Whole Foods. 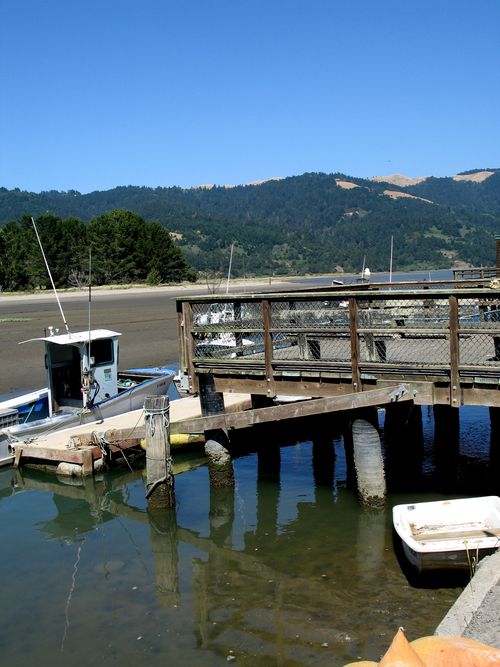 More scenes from Bolinas above and below. 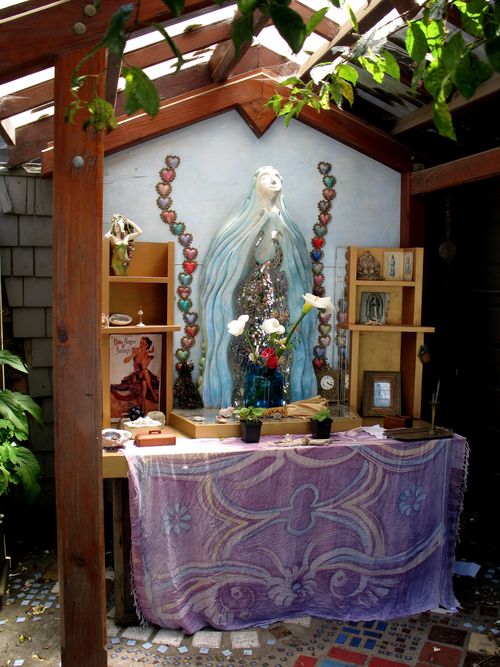 Next up: the wine country wedding.