Rothschild’s Antiques is on the move 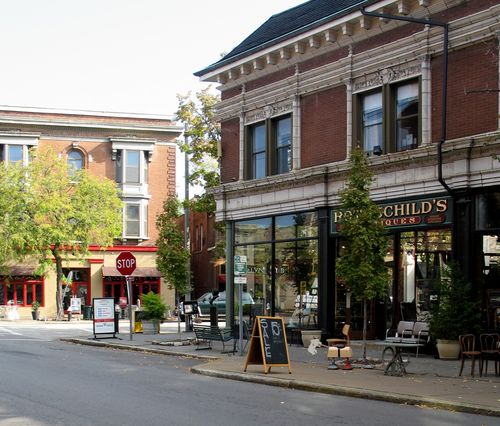 Breaking news! Rothschild's Antiques & Home Furnishings, a fixture on the corner of Euclid and McPherson for more than 43 years, is picking up and moving to a new location. Even more surprising is that the doors are closing this Sunday at 4 p.m., according to partners Pete & Donna Rothschild and David Richardson. The 5,000 s.f. site is the future home of Gringo, a taco restaurant, a new direction for Chris Sommers and Frank Uible, founders of Pi Pizzeria. Plans are for Gringo to open its doors this coming Spring.

Rothschild’s
Antiques & Home Furnishings is moving to 4528 Olive, east of Bowood Farms. In preparation for the move the partners will sell all of
the current inventory online at stlouis-auctions.com starting in early December. St. Louis auctioneer Eric Iman will conduct the 21-day auction.  “This
is the most prominent antique store auction ever in the St. Louis
area,” Iman said. “Rothschild’s has a national following and
reputation.”

Pete Rothschild said that his partners, Donna Rothschild and David Richardson, are much more excited about the move than he is. “This
corner of St. Louis has more than just a little bit of history attached
to it and I’ve loved every minute of the time I’ve spent there. It’s
absolutely the best corner of St. Louis,” Rothschild said. Pete started his business in the basement of the location in 1969. “This
location has meant so much to me over the years, and I’m deeply
saddened to be closing after 43 years in business,” Rothschild said.
“But as the antiques business is changing, we are evolving as well, and
it’s time to bring new blood into this part of the Central West End to
continue the successful growth the neighborhood is experiencing.” 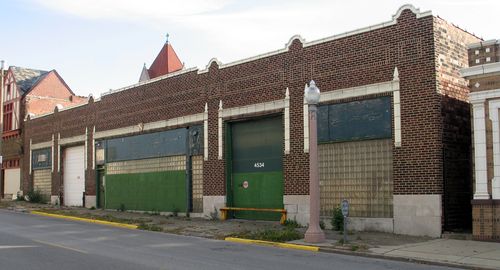 The historic 16,000-square-foot warehouse at 4528 Olive, above, is just down the block from Bowood
Farms. Rothschild's will occupy half the building and the remaining area will be leased to craftspeople and
artisans in related
businesses, such as furniture repair and refinishing, upholstering,
picture framing, embroidering, and furniture making. In addition, David Richardson said he plans to open "a pillow factory" where he will make pillows out of vintage or decorator fabrics.

Rothschild continued, “This
space will become a resource for people looking for antiques,
furnishings and related items and services. It will continue the
renaissance of this area of the Central West End."

“This will really give the area a boost and help support the development that is already underway,” Rothschild said. When we were talking today, Pete singled out John McPheeters and his family for the stunning transformation of the 4600 block of Olive with the addition of Bowood Farms.

The rendering above shows the proposed storefront of Rothschild's new multi-vendor market place. Rothschild
plans to invest $600,000 in the historic renovation of the 1920s-era
warehouse, which was used in the filming of the 1993 Steven Soderbergh
film “King of the Hill.” Rothschild has owned the former tobacco
warehouse for decades and has used it to store antiques over the years.