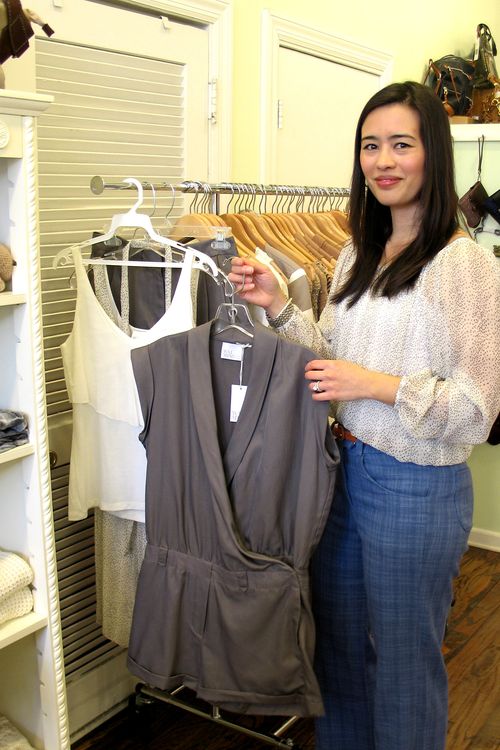 Emily Wai Ming Brady (Koplar) was interested in clothing starting at a very young age and would sketch outfits she would like to wear. She was encouraged by her parents with the gift of her first sewing machine at age 11. She wore the free-spirited clothing she made to a Kirkwood grade school, but when she transferred to MICDS—with its stricter dress code—her designs were saved for proms and working on costumes for school plays.  Her artistic family includes an Irish father who plays the piano, and a Chinese mother who Emily says has the vision in the family. Both encouraged Emily and her brother, an artist who works for Amazon in Seattle, in their artistic endeavors.

While this is a post about Emily, I imagine you’re curious about her connection to the Koplars, a family that has been prominent in the Central West End for four generations. Emily has been married for three years to Bob Koplar, a lawyer who is working on the successful relaunch of the family’s Voltron property,  a TV series that originally aired in syndication in the mid-1980s.

While clothing design was her passion, practical Emily majored in Economics at Boston University where she also took classes in costume production. After graduation she earned an AAS degree from Parsons School of Design in New York.  She then became a designer for The May Company’s private Valerie Stevens label, and then worked for Aeropostale. Last year Emily started her own clothing design company under the label, “Wai Ming,” which is her middle name, meaning “gift of light.” 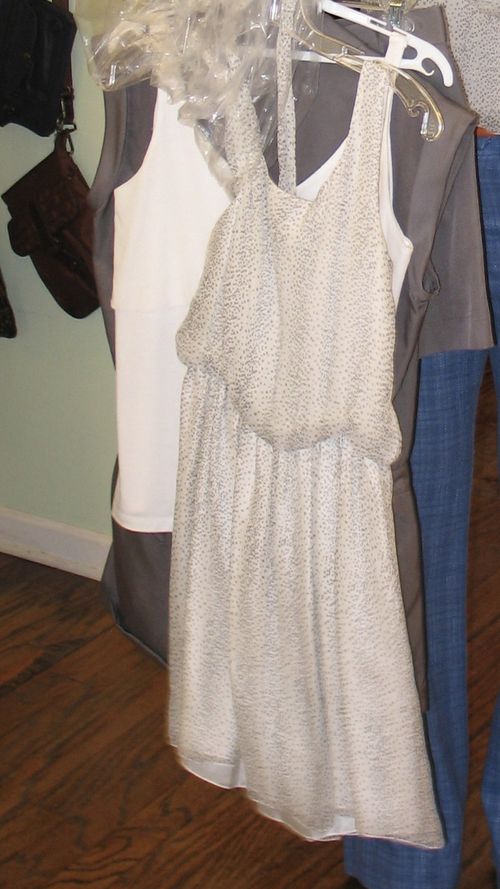 Emily creates her designs in a home studio. She hires professionals for pattern and sample-making and uses interns from WU’s Sam Fox School of Design to help with computer sketching, packing, and other odds and ends. She uses novelty fabrics from Italy, and silks from Japan. The pattern in the silk blouse that Emily wore the day we met at Ivy Hill in the CWE, and in the dress shown above, is her own design. It takes a full year from fabric selection to shipment of finished product to the stores, so this young designer is always working in a different season. When we met she was about to ship the Spring line, but was working on her collection for the Fall season.  Emily travels to New York at least twice a month to oversee the production of her clothing in the Garment District.

Hillary Dutcher, the proprietress of Ivy Hill, told me she has done very well with the Wai Ming line. Pieces from the 2012 Spring collection arrived at the neighborhood boutique last week. Pleated skirts are $140 to $180, blouses and tops, $130 to $150, dresses are $300 to $400. For now Emily is content selling to smaller venues, as she gets immediate feedback from their customers. While I don’t want to guide you out of the neighborhood to shop, you can also find pieces of Wai Ming’s Spring collection at Cha and Esther in St. Louis, Thread in Columbus, Ohio, and Roslyn in Chicago. Her lined was recently picked up by Searle in New York, and Thistle & Clover in Brooklyn.

It was great fun for me to talk to Emily last month and get an advance peek at her Spring collection. The world of fashion is such a tough business to break into, and I greatly admire this talented St. Louisan for following her passion and making a success of it. For more information, or to get on Wai Ming’s mailing list, contact Emily at: info@waimingstudio.com.