After 2+ years of ups & downs, the arcade bar opens Friday

Two-plus years after Josh Ivey and Joey Akers introduced their plans to the public for an arcade bar in the former Herbie’s location at 405 N. Euclid, Up-Down will finally host its grand opening this Friday, June 14. 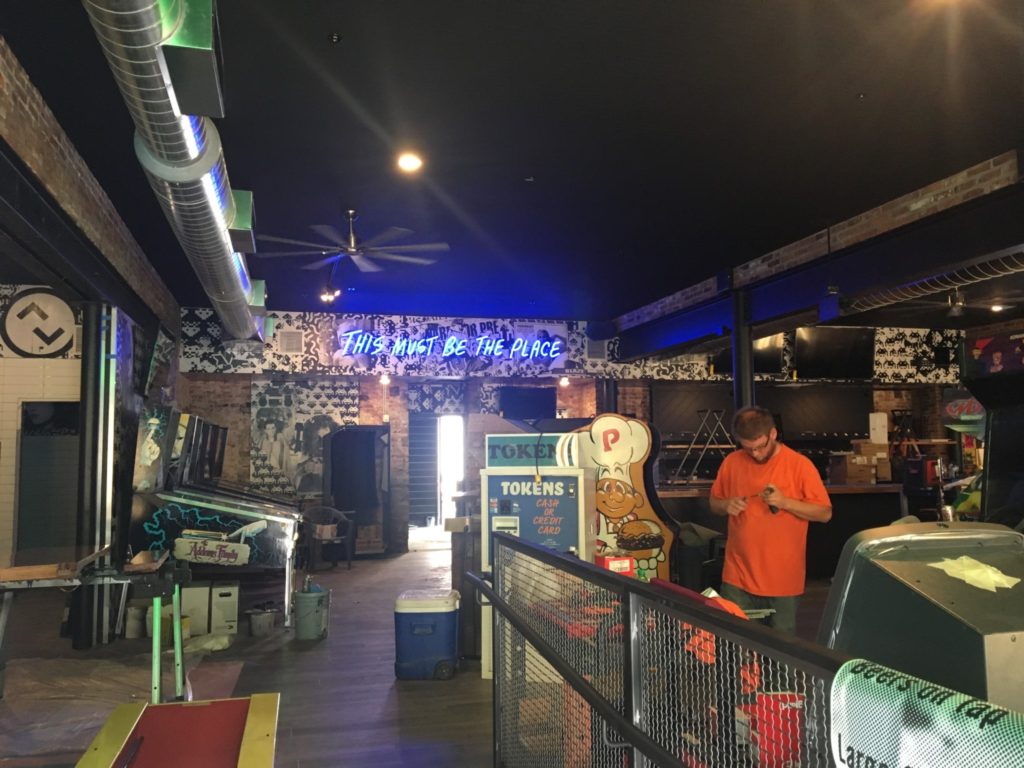 The photo above was taken late last week as finishing touches were being put in place in preparation for Friday’s opening.

By the time the doors open, 60 vintage video games and pinball machines from the ’80s and ’90s will be situated on two floors in the 7,500 s.f. venue.  Up-Down will have 3 bars offering 60 craft beers and cocktails, plus a simple menu. The renovation includes a large outdoor patio.

The first Up-Down arcade bar opened in 2013 in Des Moines. Three other locations followed, including Kansas City, Minneapolis, and Milwaukee.

Alluding perhaps to the controversy surrounding Up-Down initiated by nearby neighbors who opposed the project, co-owners Josh Ivey and Joey Akers said in a recent press release that they “plan to be a positive part of the Central West End for many years to come.”

On a somewhat related note, i.e. referring to the age group that I presume will be Up-Down’s main demographic, I encourage you to read Jack Grone’s recent piece for McPherson STL titled The Emerging City of St. Louis: Smaller, Younger, Better Educated, Why young adults are prime ingredients in the city’s demographic stew?

Grone, a CWE-based journalist, is brilliant at digging into local issues that other news outlets aren’t following, and making sense of charts and graphs that would usually make my head hurt. It’s well worth following him on Twitter, or get on his distribution list here.