The grand opening marked the one year anniversary since the abrupt closure of all 10 TechShops across the country, including one located in the CWE’s Cortex Innovation District where there were 500 members. As soon as the news broke, McKelvey contacted both Auer, his partner in Third Degree Glass Factory, and Lower and together “we vowed we would be the city that saved our maker space.”

They acquired TechShop’s equipment, purchased the vacant building directly across from the The Glass Factory that formerly housed a Vespa dealership, and immediately got to work renovating the space. Amazingly, the total gut rehab project was accomplished in less than one year! 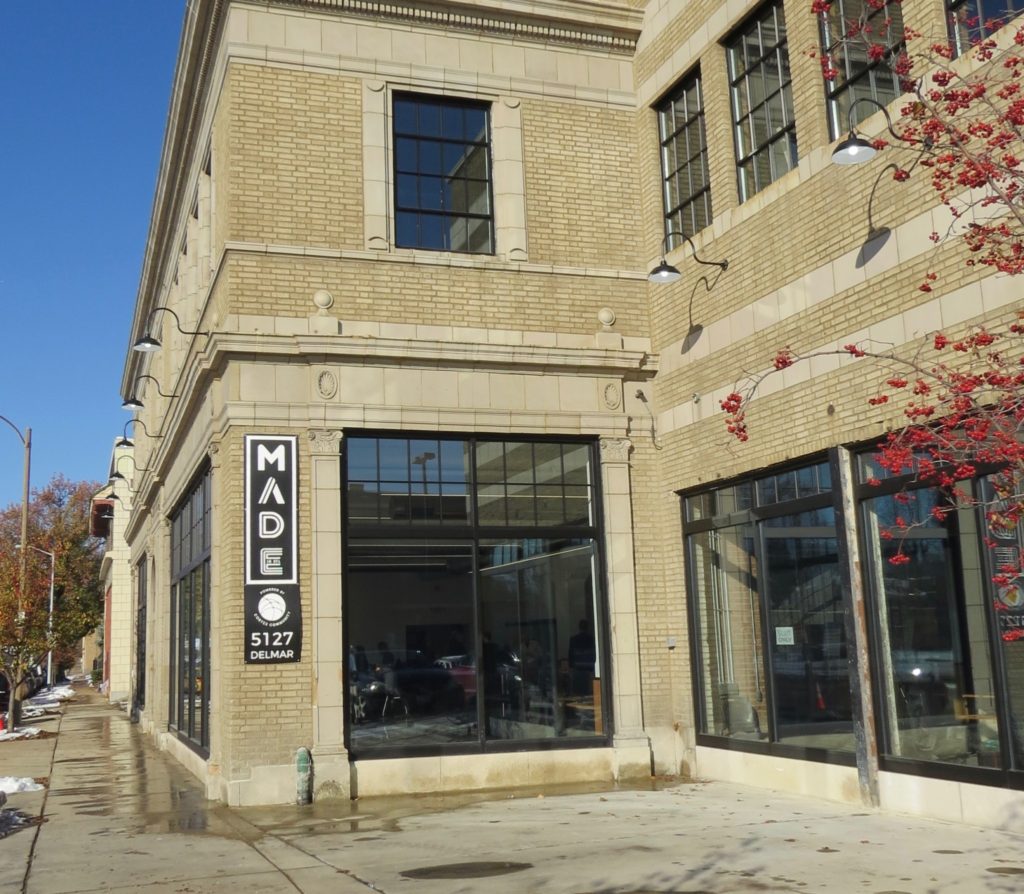 In his welcoming remarks Jim McKelvey, above left, the co-founder of the Square payment device, said the camaraderie and inspiration of makers at TechShop in San Francisco was very important to him when he was developing the Square prototype.

He added that Mayor Lyda Krewson and the City of St. Louis were extremely helpful in facilitating the quick opening of M.A.D.E. “Getting it up and running within a year wouldn’t have been possible without their cooperation. This is Phase 1,” he continued, “Phase 2 will house The Magic House for children on the second floor, which is set to open this summer. (More on this exciting news follows.)

In time, McKelvey, Auer and Lower plan to transform the entire area on and around Delmar into a “maker zone.” 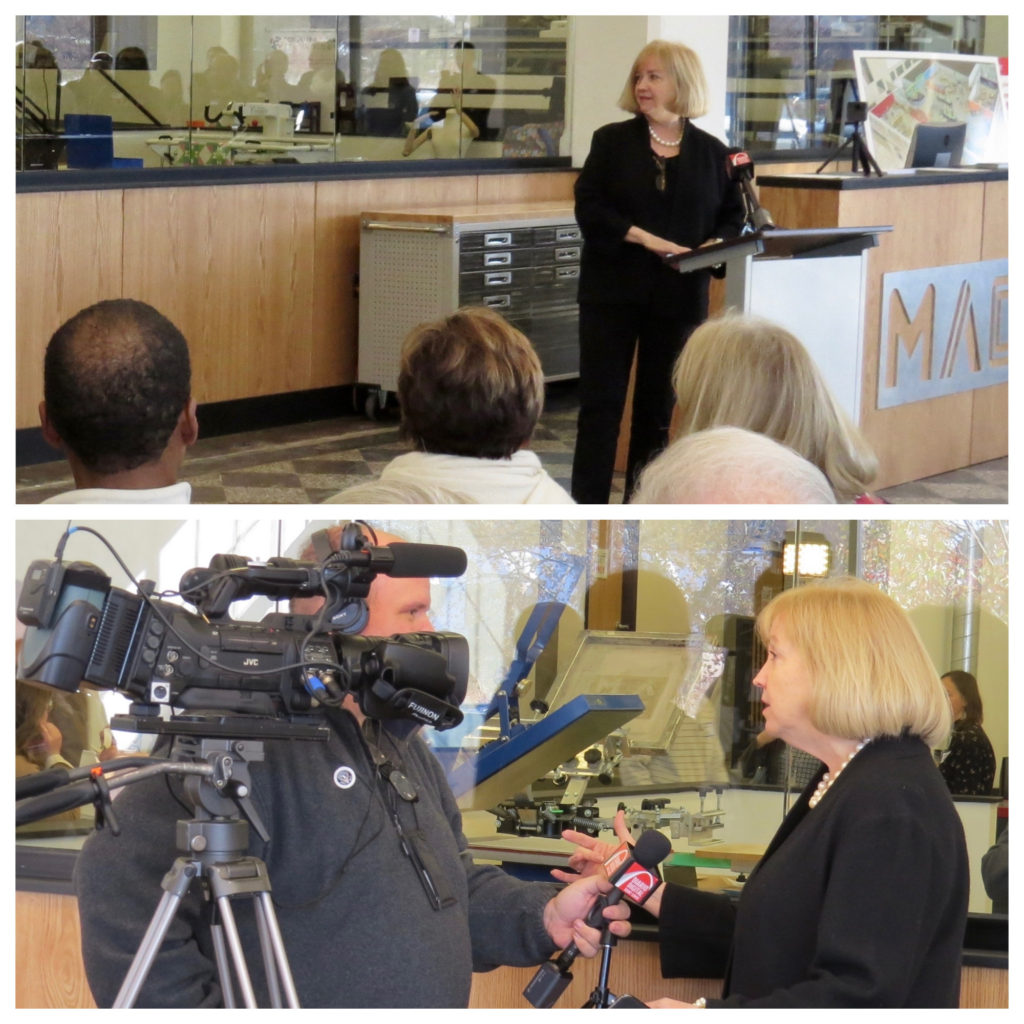 Mayor Krewson drew a laugh when she recalled a phone call from Doug Auer and Jim McKelvey 15 years ago when she was 28th Ward Alderman: “We’re interested in a vacant building on Delmar…a few people will be blowing glass…” The wildly successful Third Degree Glass Factory opened in 2002 and Krewson said she has learned over time that “Doug can build anything, and Jim can do anything.” 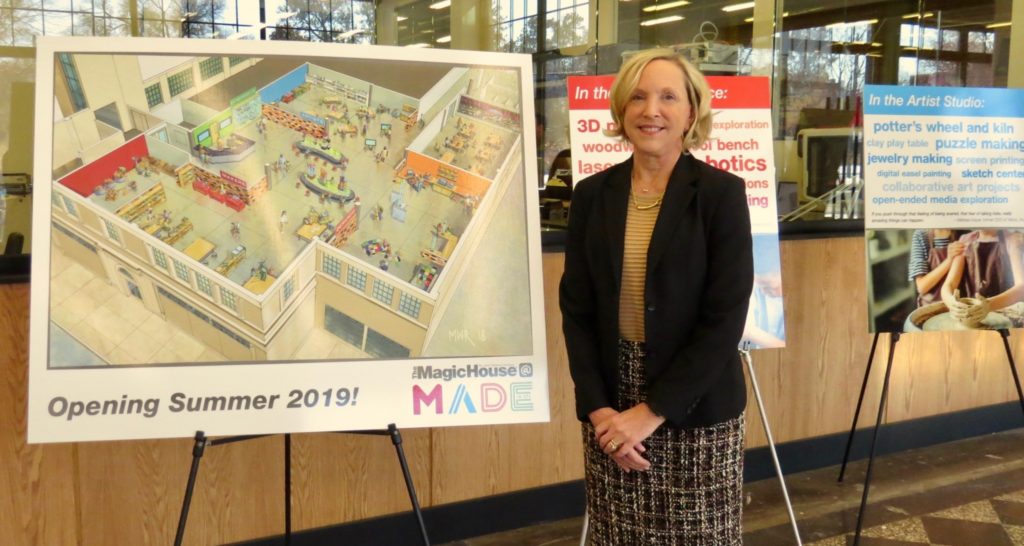 Beth Fitzgerald, president of Magic House said her board wanted to expand its reach into north city and they contacted Cortex’s Dennis Lower for ideas. When Magic House opens this summer at M.A.D.E., the board’s vision will be realized. This summer is also the 40th anniversary of the opening of Magic House in Kirkwood. Magic House at M.A.D.E., which will offer classes and camps with a focus on STEAM education, is geared toward elementary and middle school children.

In his final remarks McKelvey said, “Come here and play. If you don’t know how to use the equipment, ask us. There are no rules—well,” he laughed, “there is a waiver.”

The photos below show a small sampling of what is available at M.A.D.E. 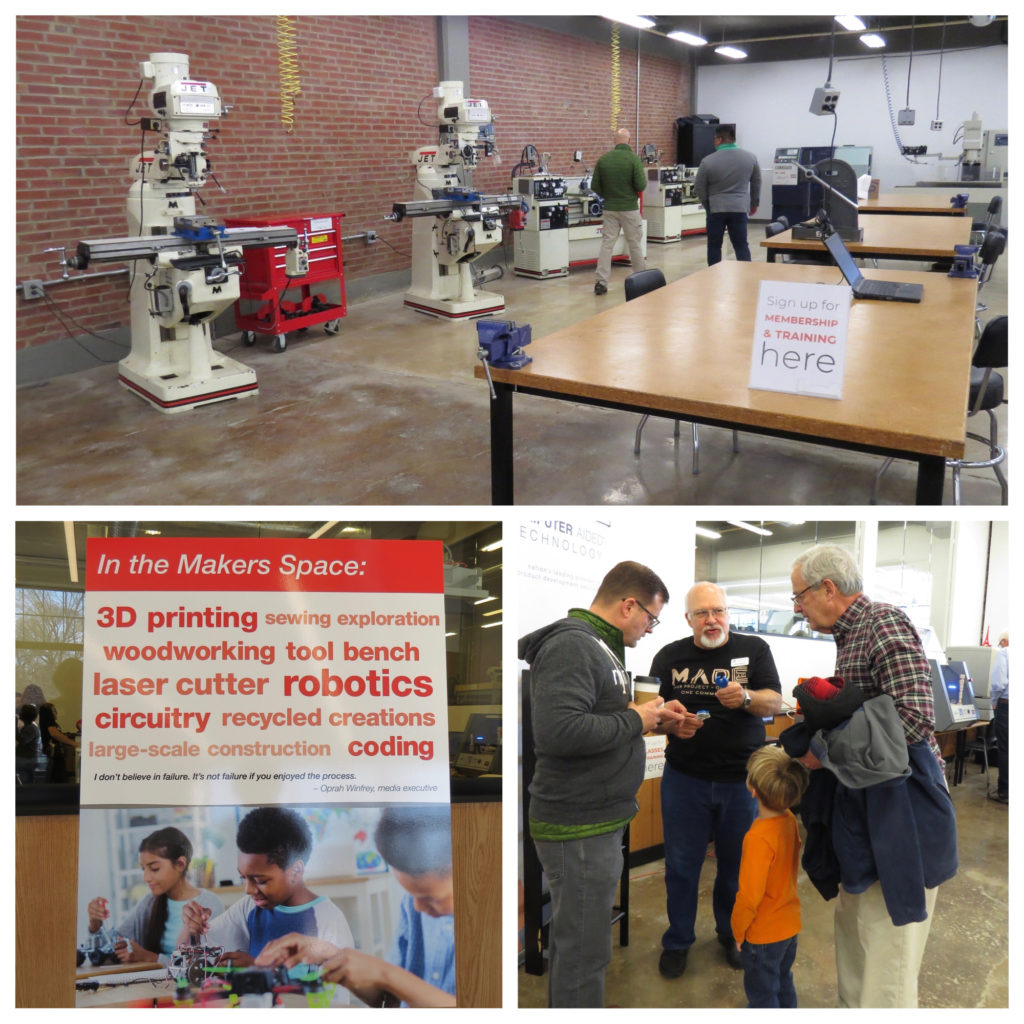 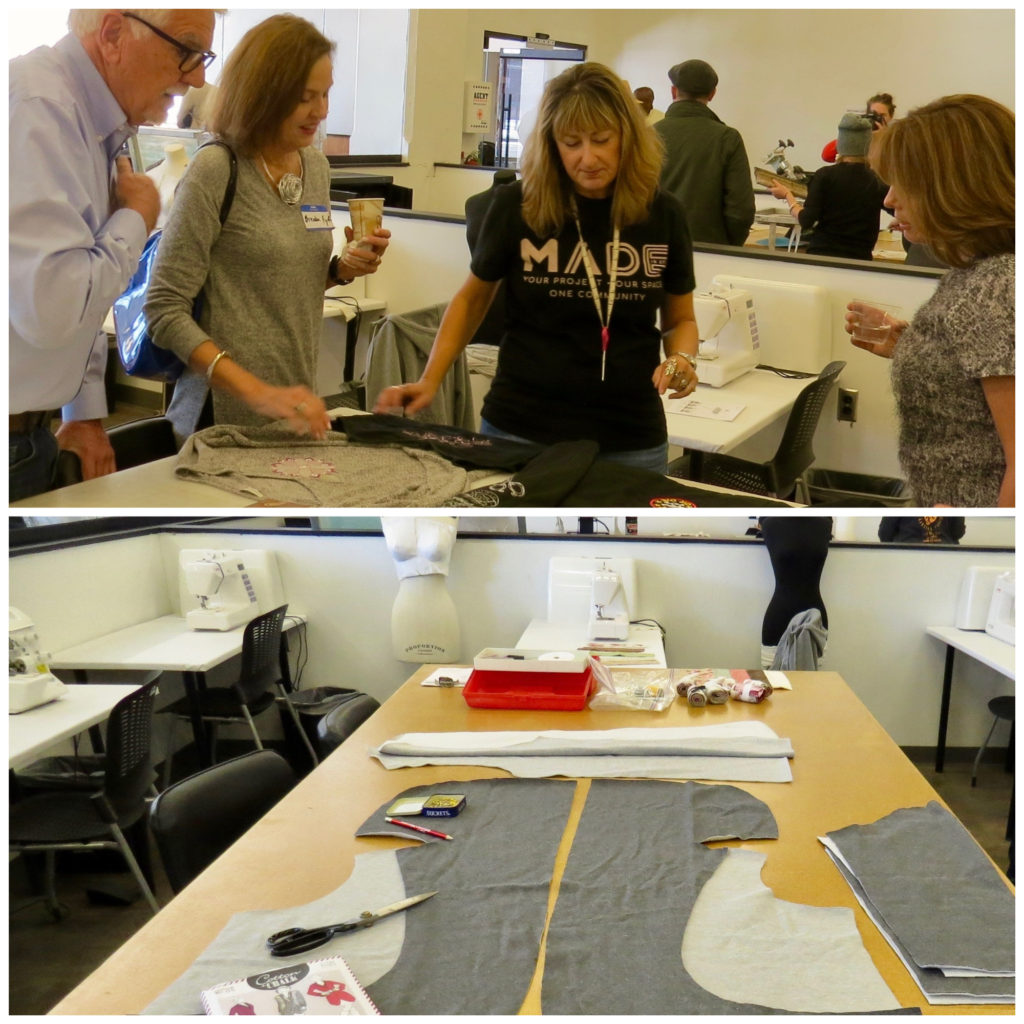 Top photo: Textiles teacher Sheila Lenkman also works part time for The Repertory Theater. She explained that, for beginners, the first step is to sign up to learn how to use the equipment, which includes a long-arm quilter.  There will be classes based on the needs of the community whether that is pattern making, installing zippers, etc. 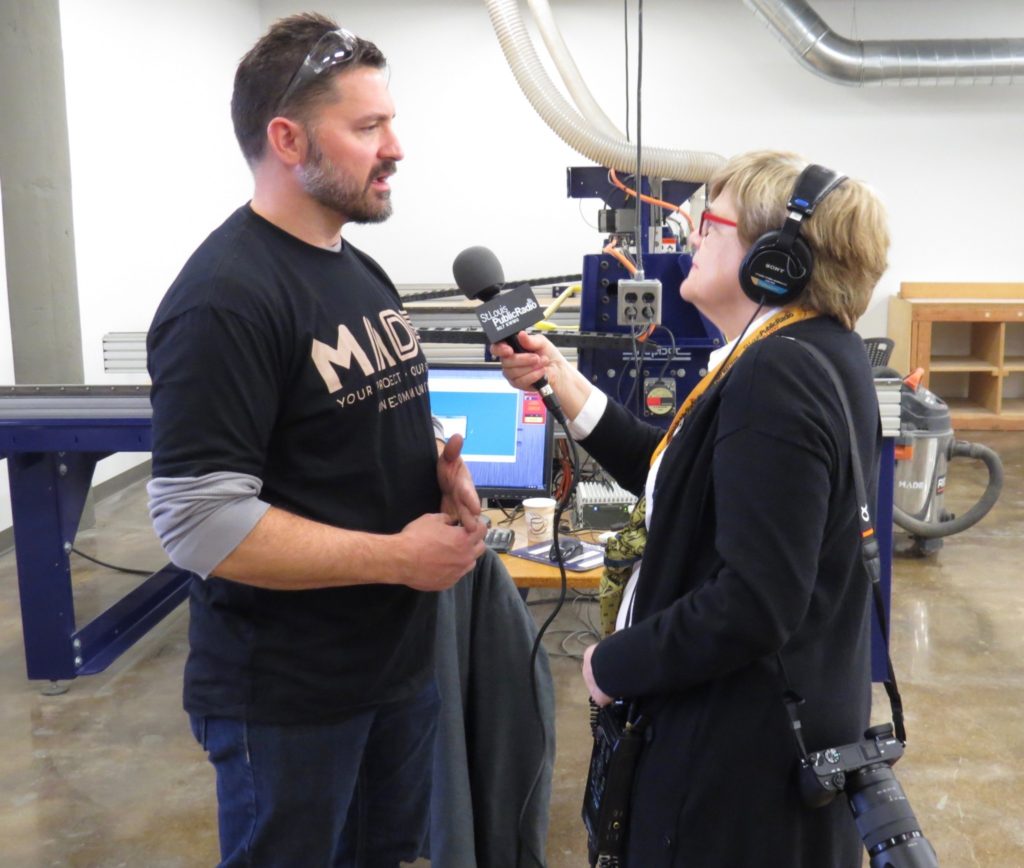 It was fun to see CWEnder Melody Walker in her new role as Economic Development Editor at St. Louis Public Radio. Follow her on Twitter here. 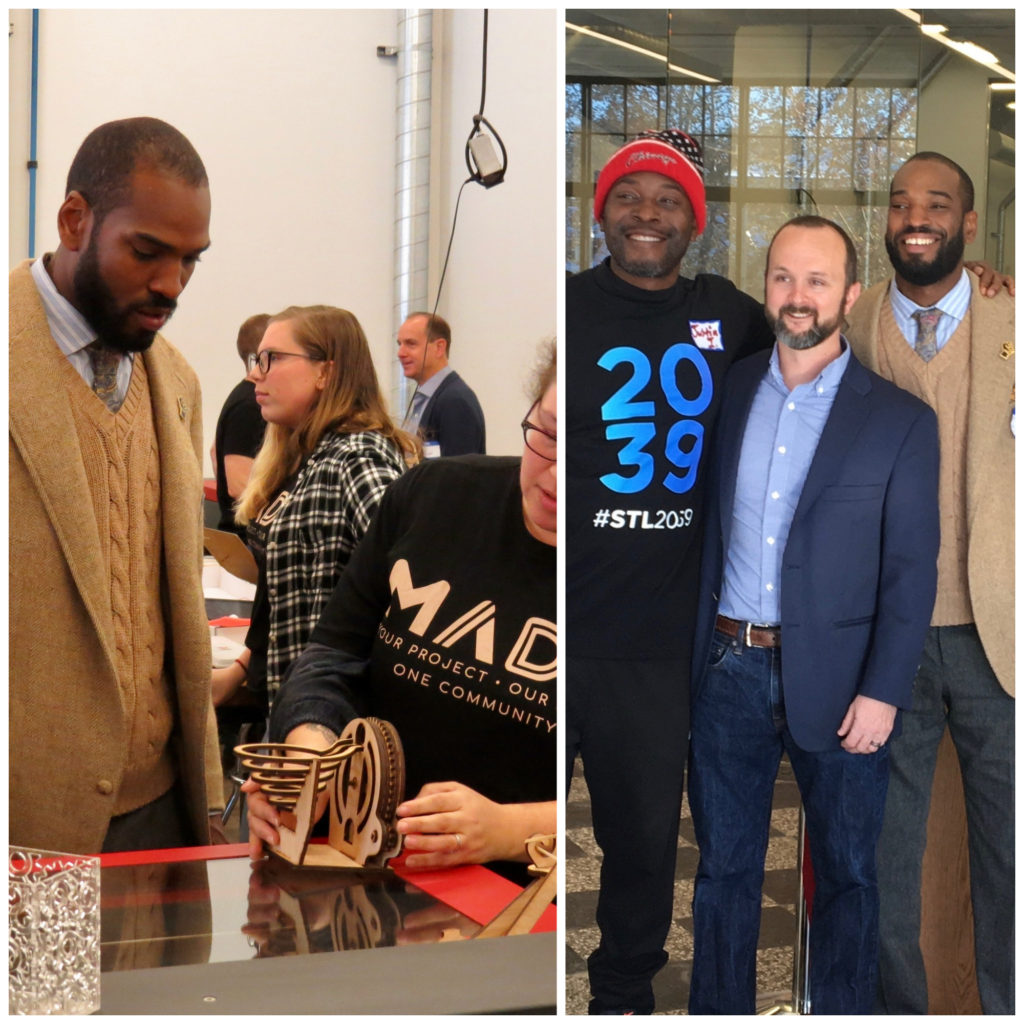 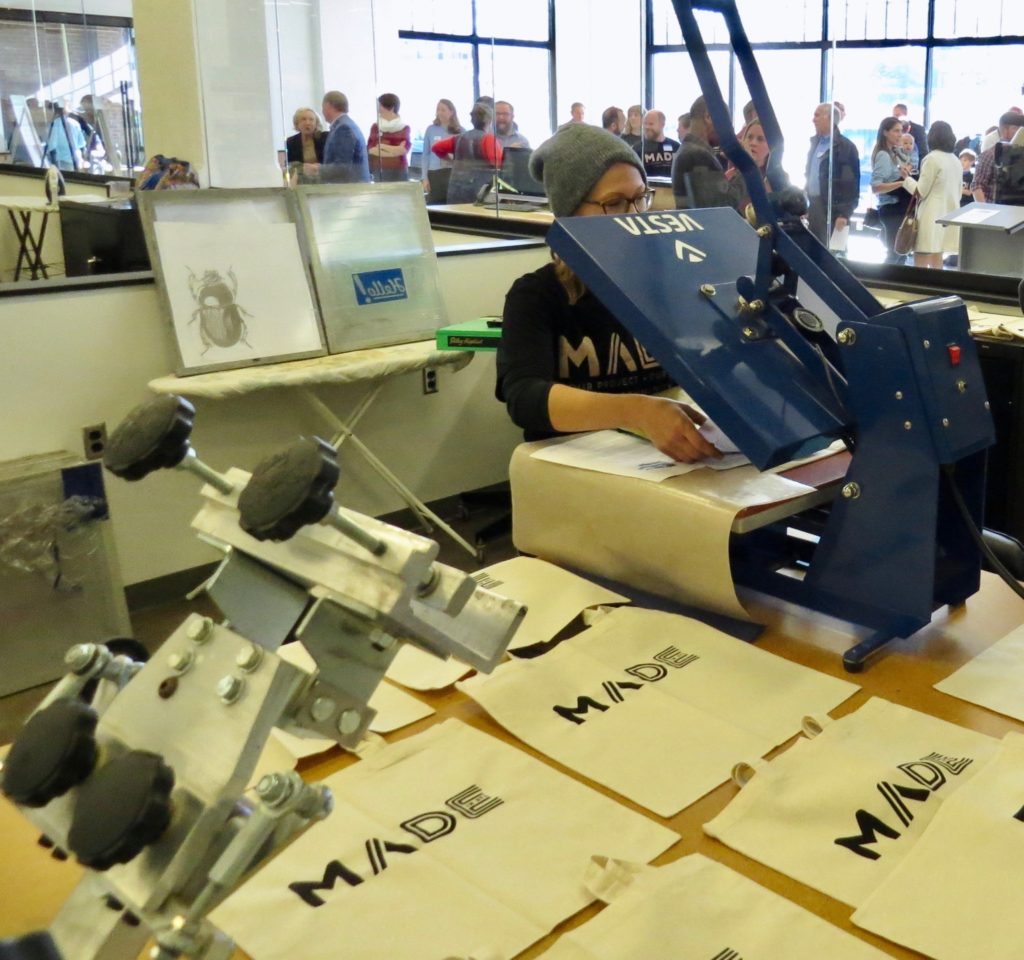 April in Paris? Mais non, but we’re planning an event as close to Paris as we can get for our 2nd CWE Ideas Salon. Join us at the newly-opened Comme à la Maison (Like Home), 3855 Lindell at Vandeventer, for simply delicious French fare and a discussion on:

Everything you wanted to know about French bread and more, for instance:

Did you know that strains of yeast are passed down from generation to generation guaranteeing that the taste and quality of bread at each boulangerie is maintained?

CWEnder Melody Walker, who lived in Paris for 8 years (and has a serious love affair with French bakeries and patisseries), will lead the discussion with mother and daughter proprietors of Comme a la Maison, Clemence and Christine Pereur.

To learn more about our hosting venue, visit: www.likehomecommealamaison.com

Eric Hamblett of TechArtista and I, founders of CWE Ideas, look forward to seeing you there.