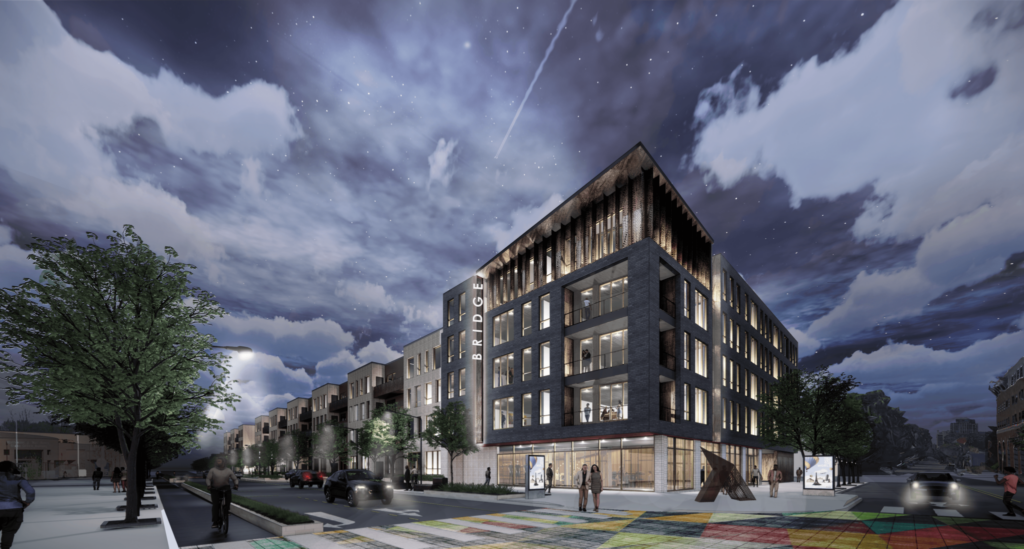 Included in Bryant’s plan is construction of a $43 million 156-unit apartment complex, rendering above, which is slated to begin construction in Fall/Winter 2021. The complex will be named “The Bridge,” a nod to the effort over many years to connect neighborhoods north and south of Delmar. 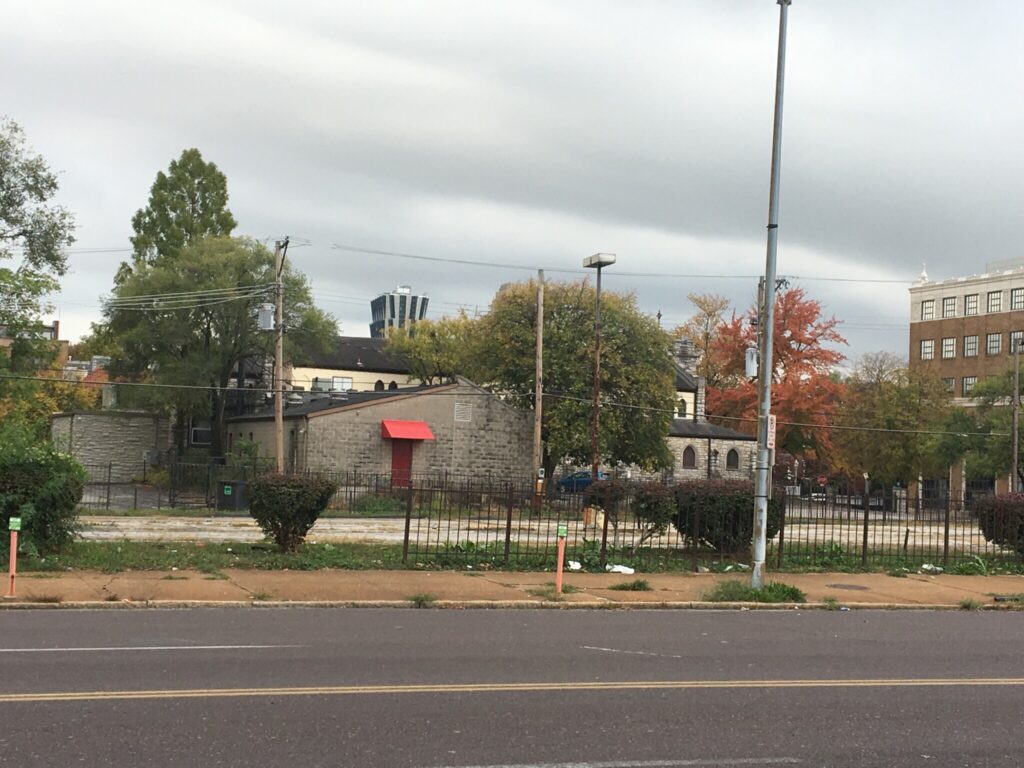 This new plan replaces an earlier proposal for micro-apartments by developer Bob Saur on that long-vacant lot at Euclid and Delmar. 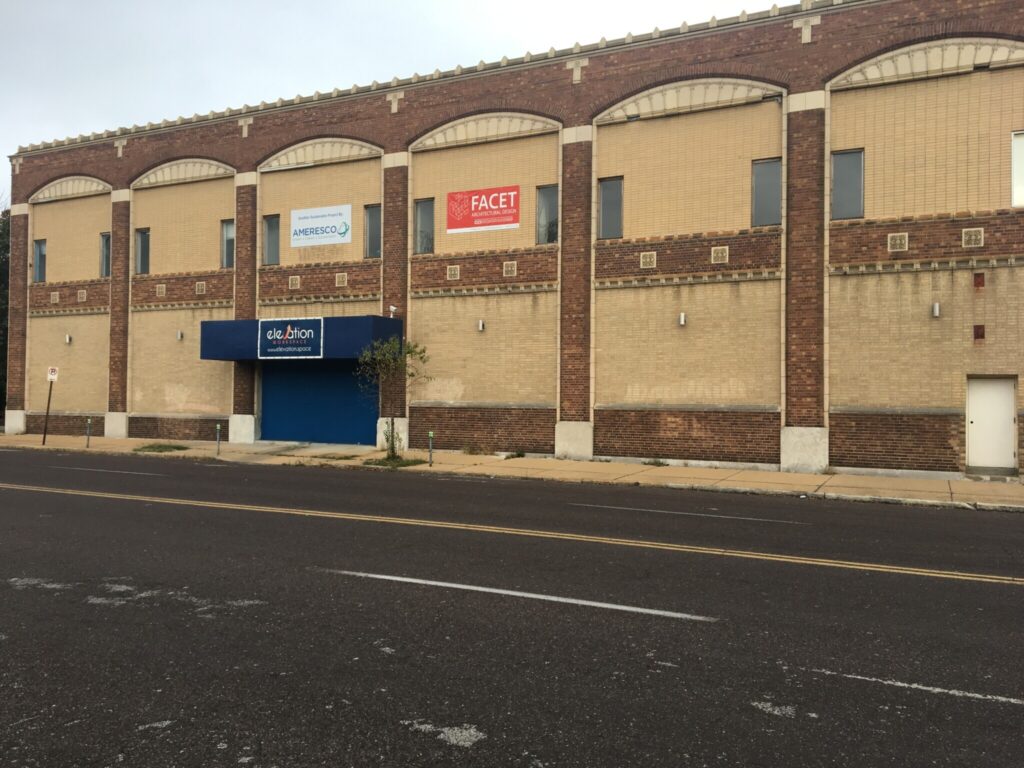 Bryant also proposes a $6.3 million rehab of the vacant property at 4731 Delmar, above, which is set to begin this December. 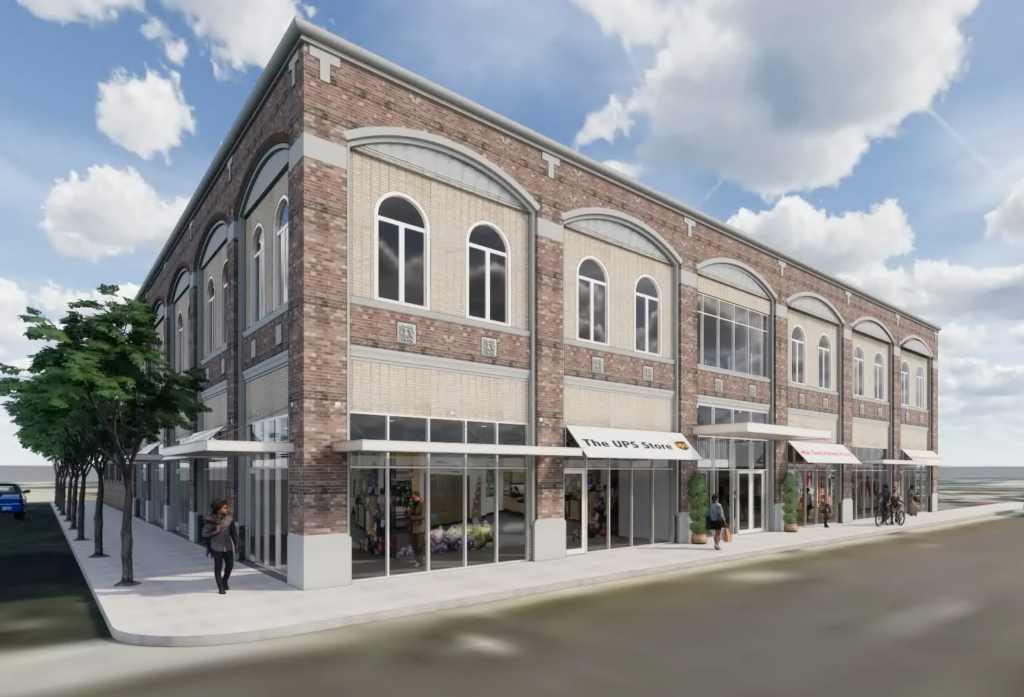 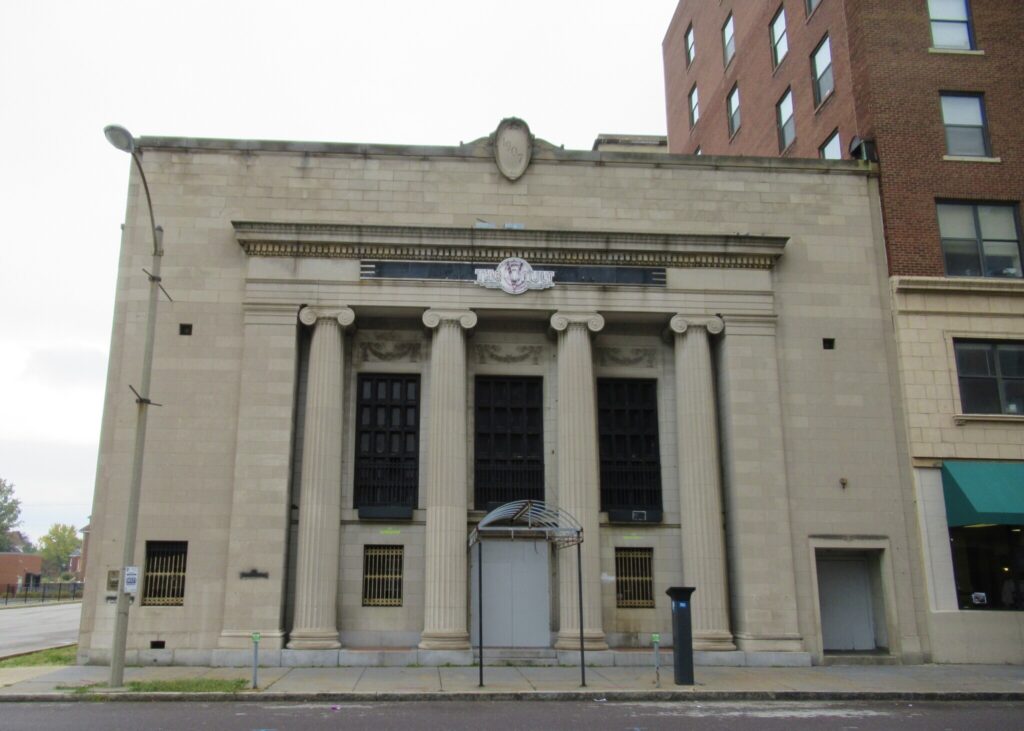 Bryant’s plans include the creation of a performing arts center at 4915 Delmar (above) which he hopes to begin renovating in April 2021. In an earlier life, the former bank building was a nightclub called The Vault.

These new projects would join the handsome renovation of 625 N. Euclid into the lofts@euclid, an 86-unit apartment project developed by Cullinan Properties, and LaunchCode, a highly successful non-profit providing free tech training and job placement services.  On a related note, LaunchCode is hosting “Breaking Barriers, a Demolition Celebration” on November 5 to celebrate its plans to renovate the property at 4811 Delmar.

There’s a visual plan (view here) for much needed streetscape improvements too.

Here’s what that plan entails:

When I asked Linda Horsley, who opened Horsley Arts in 2017, how she’s dealing with the pandemic, she replied that there were no words, “my art says…