The Magic House @ MADE 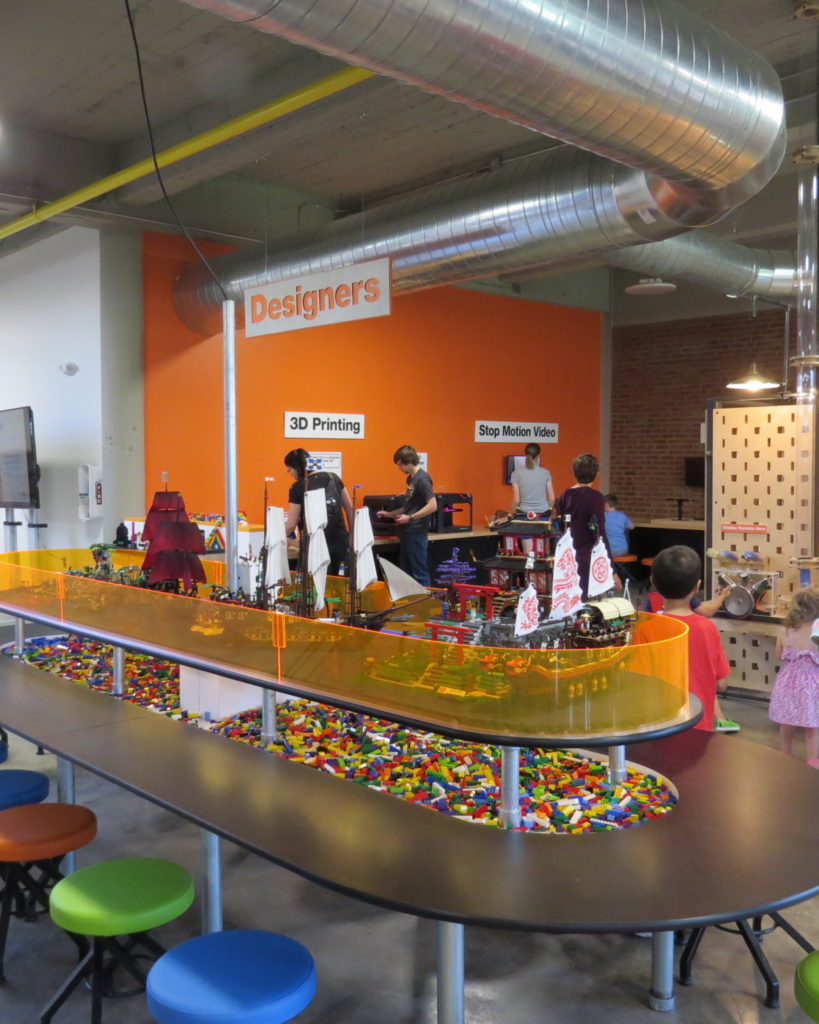 The Magic House opened its satellite location at M.A.D.E.  yesterday, June 7, at 5127 Delmar (between Kingshighway & Union). It’s located on the second floor of the 33,000 s.f. maker space, “a place where St. Louis designers create and collaborate,” which opened in late November 2018.

A veritable techy wonderland of interactive experiences awaits those ages 3 to 13—at least that is what The Magic House @ M.A.D.E.’s brochure says.  But when I spoke with The Magic House’s Chief Administrative Officer Carrie Hutchcraft on Wednesday, during a preview day for members,  she explained that kids ages 6 to 13 will be their “sweet spot” at the satellite location. Younger siblings are certainly welcome to come along, and there are plenty of things for them to do, but the activities on Delmar are STEAM focused (science, technology, education, arts & mathematics), whereas the Kirkwood location is geared toward younger children.

Hutchcraft added: “Middle schoolers think they are ‘too old’ for the Kirkwood location.” From what I observed, they will be happily engaged as soon as they walk through the doors of The Magic House @ M.A.D.E. 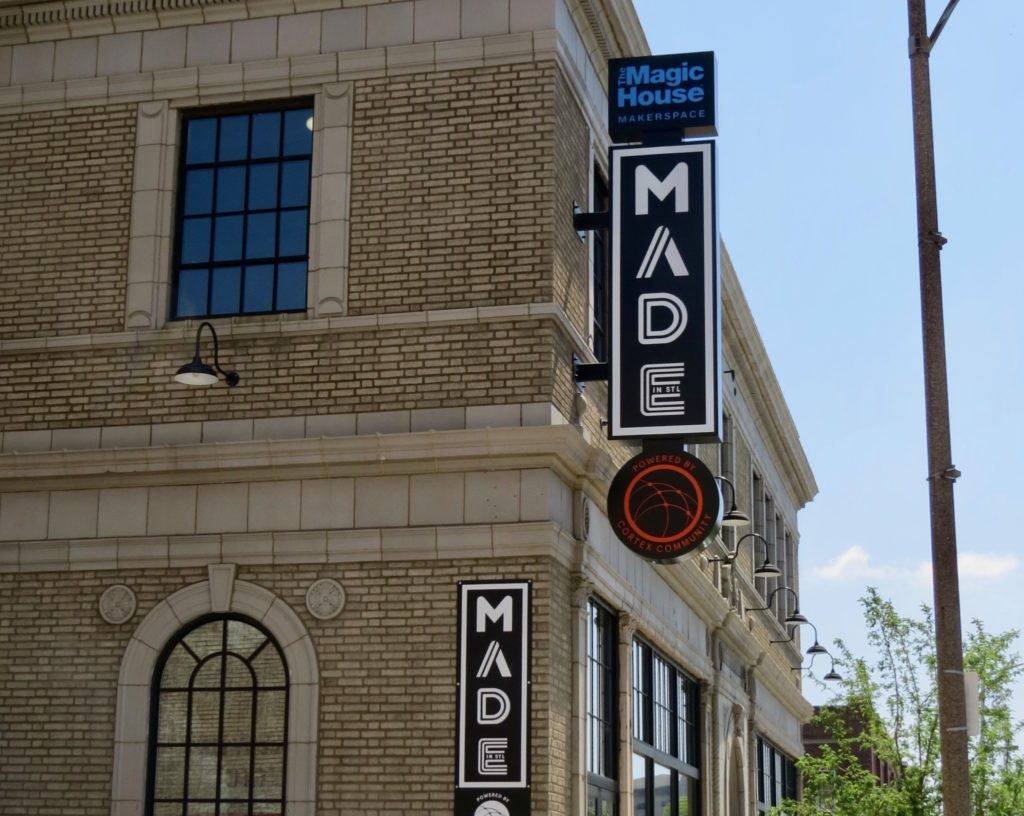 M.A.D.E. was founded by Doug Auer and Jim McKelvey, who are responsible for Third Degree Glass Factory located across the street. McKelvey is perhaps best known as a co-creator of Square. 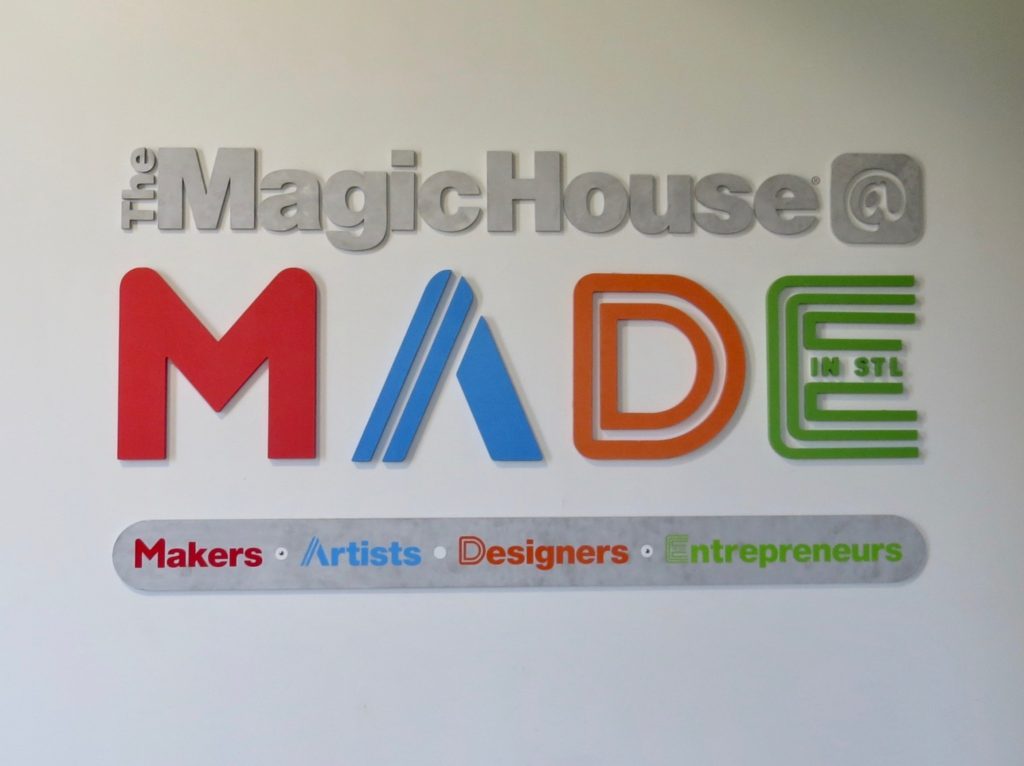 At a strategic planning meeting in 2016, the board of The Magic House mandated that the organization should stretch its reach beyond its Kirkwood facility and open a satellite location in north St. Louis. The Magic House had been working closely with the St. Louis Public Schools for 30 years, but the board felt they could and should do more.

The board’s objective became to open a satellite experience in north St. Louis, thereby offering accessibility to its programs to a broader community. Auer and McKelvey had worked previously with Dennis Lower, head of  the Cortex Innnovation Community, on creating M.A.D.E. after the closing of Tech Shop in Cortex. Together they determined to create a new facility in its current location on Delmar. Happily for those of us who live nearby, that vision has been fully realized. 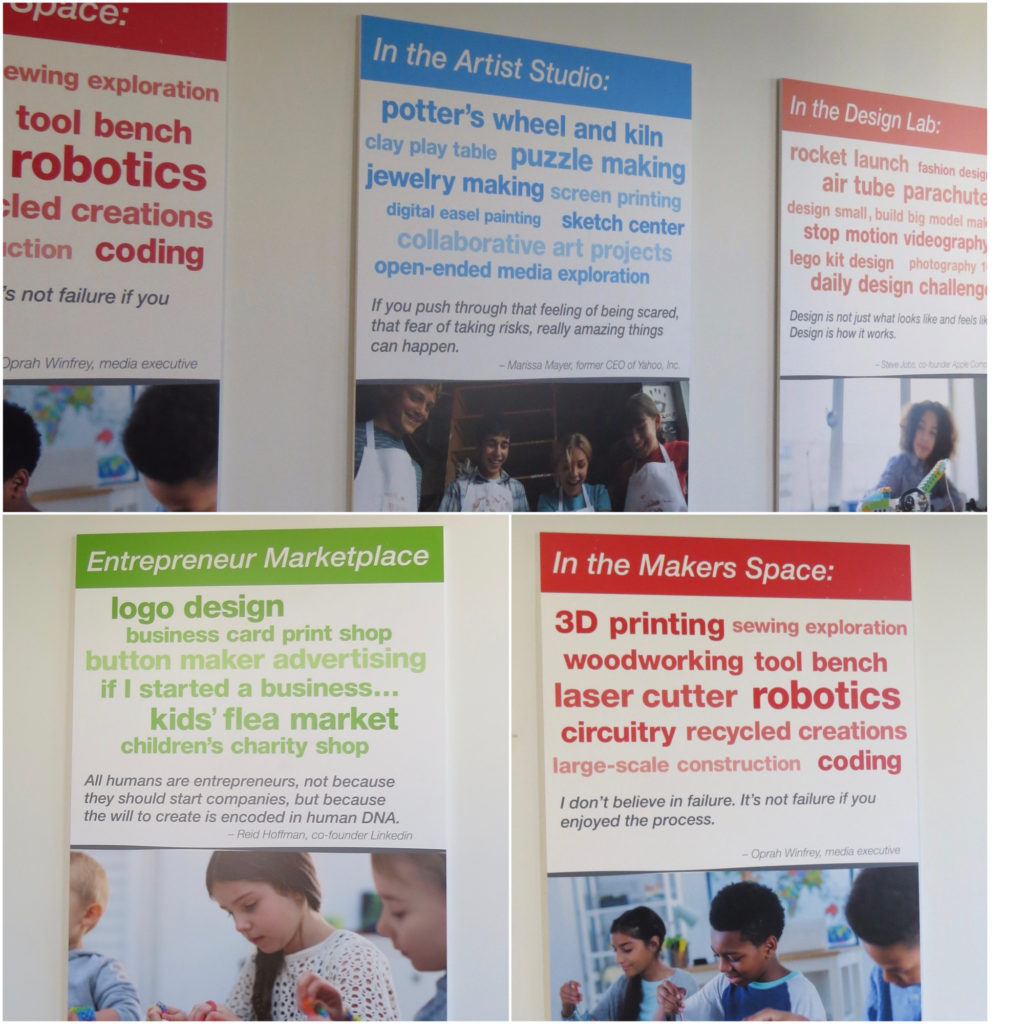 In theory, according to Carrie Hutchcraft, the activities available at The Magic House @ M.A.D.E. are similar to what’s available downstairs at M.A.D.E.  There are 4 distinct areas of learning experiences, as shown on the banners above. The hope is that as kids learn from their exposure to The Magic House @ M.A.D.E., they will “graduate” and become members of M.A.D.E. (downstairs) in high school.

Some of those activities that are sure to thrill are shown in the photographs that follow: 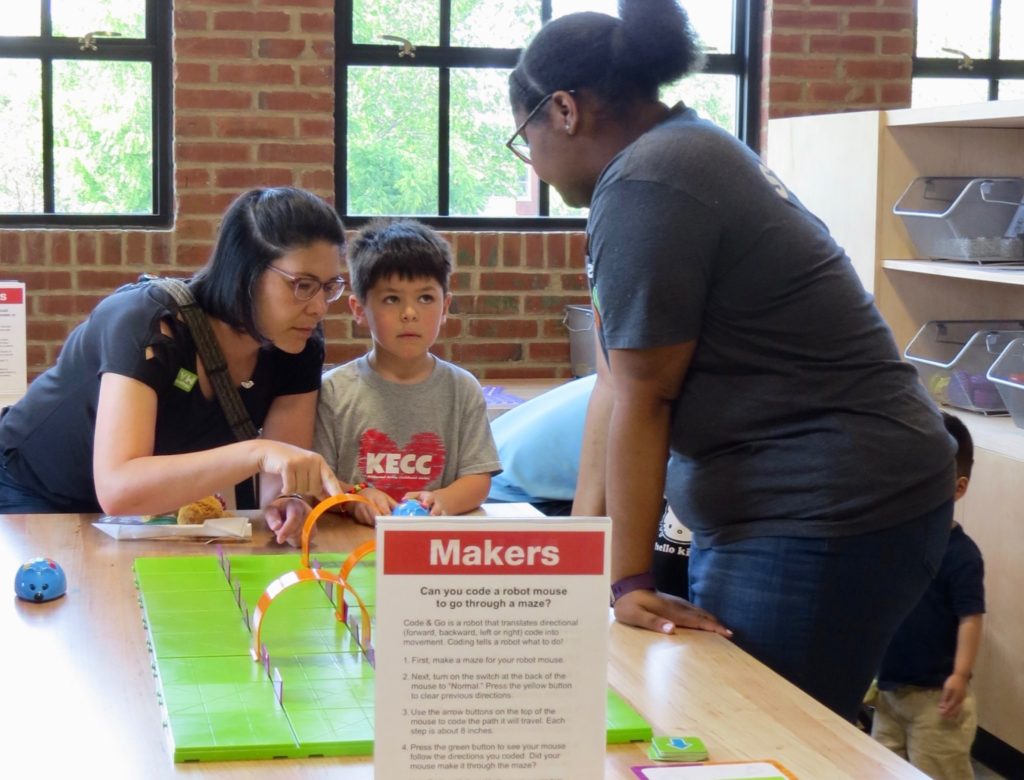 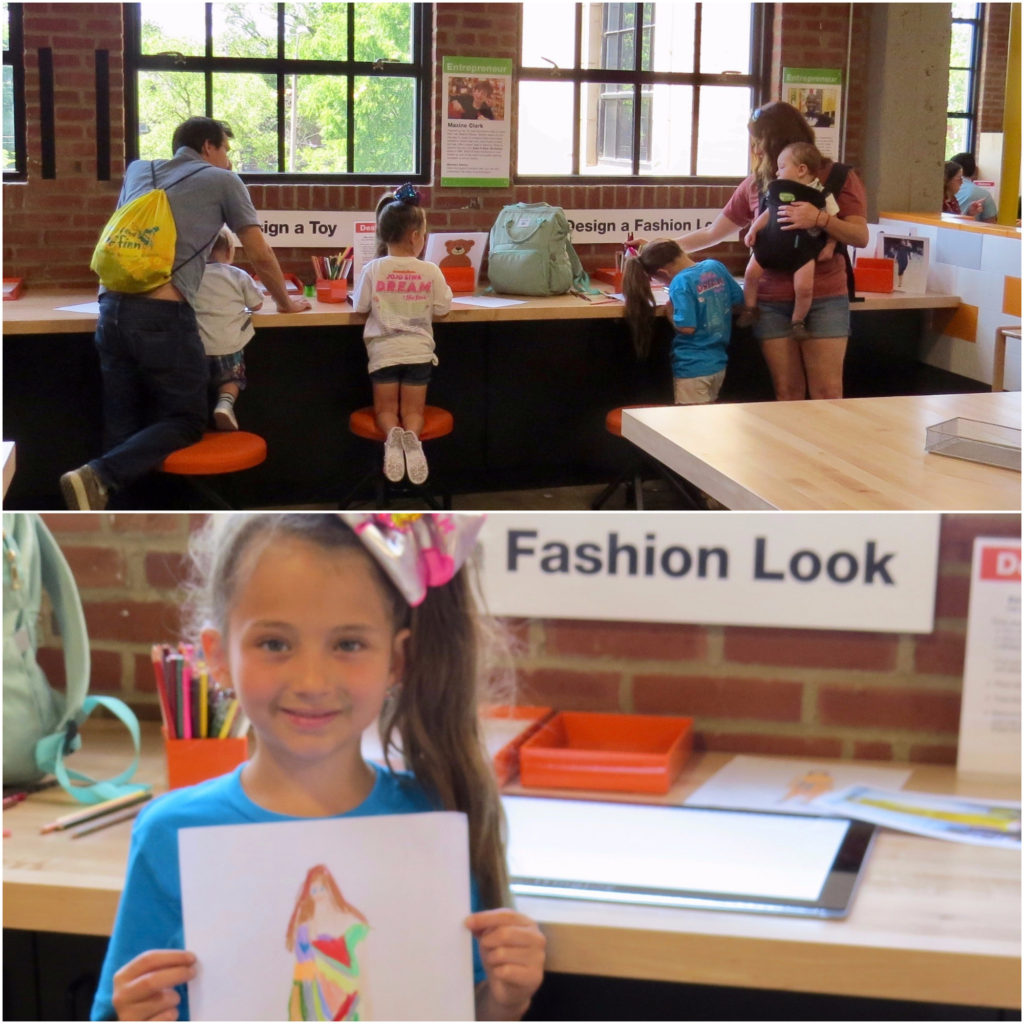 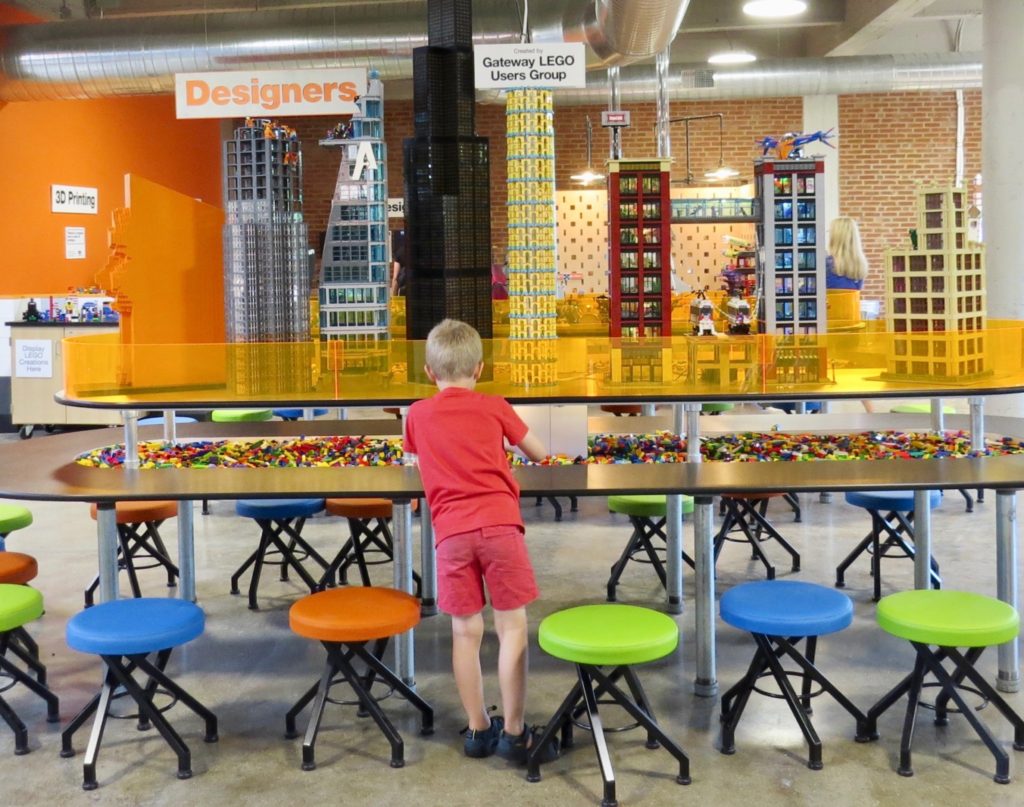 As I looked at the learning opportunities it occurred to me that these activities are inter-generational, and that parents and grandparents might also enjoy learning how to code a robot to move, or create a stop motion video. 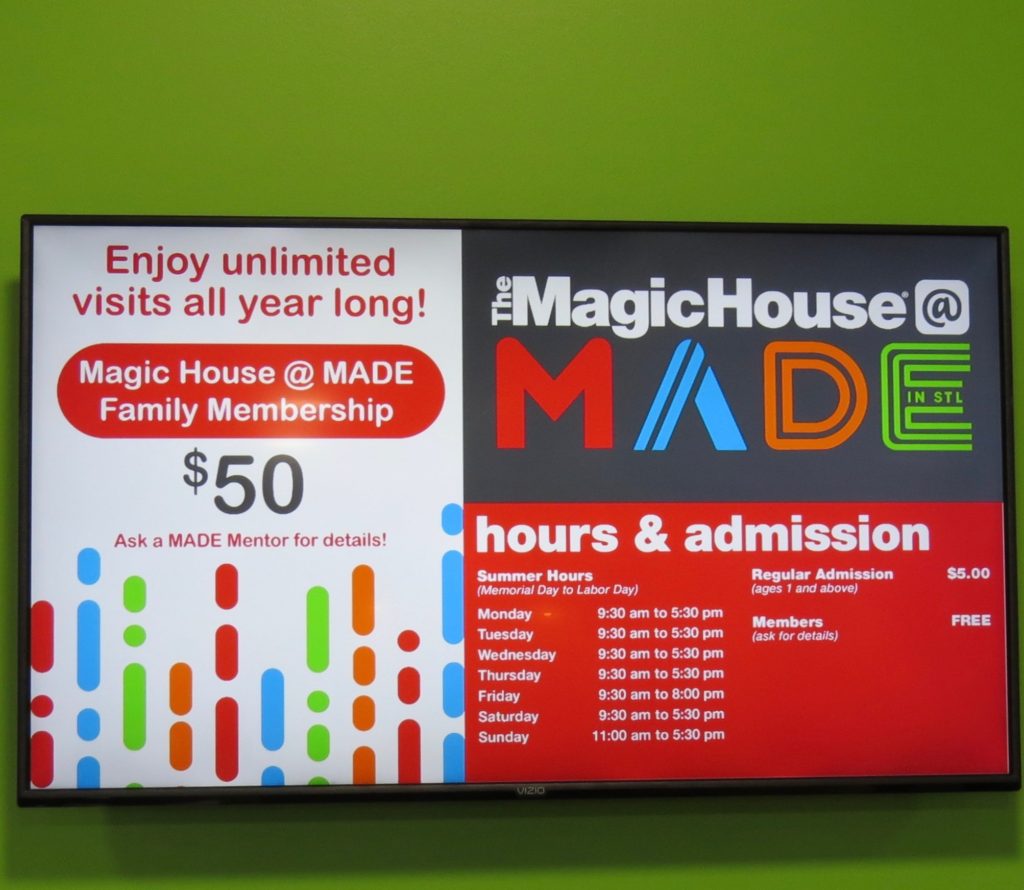 The entry fee is $5 per person, starting at age 1. However, family membership for a year is a reasonable $50. Hours at the new location are posted above and correspond to the hours at the Kirkwood location.  A display listing the generous donors occupies a wall in the new space. 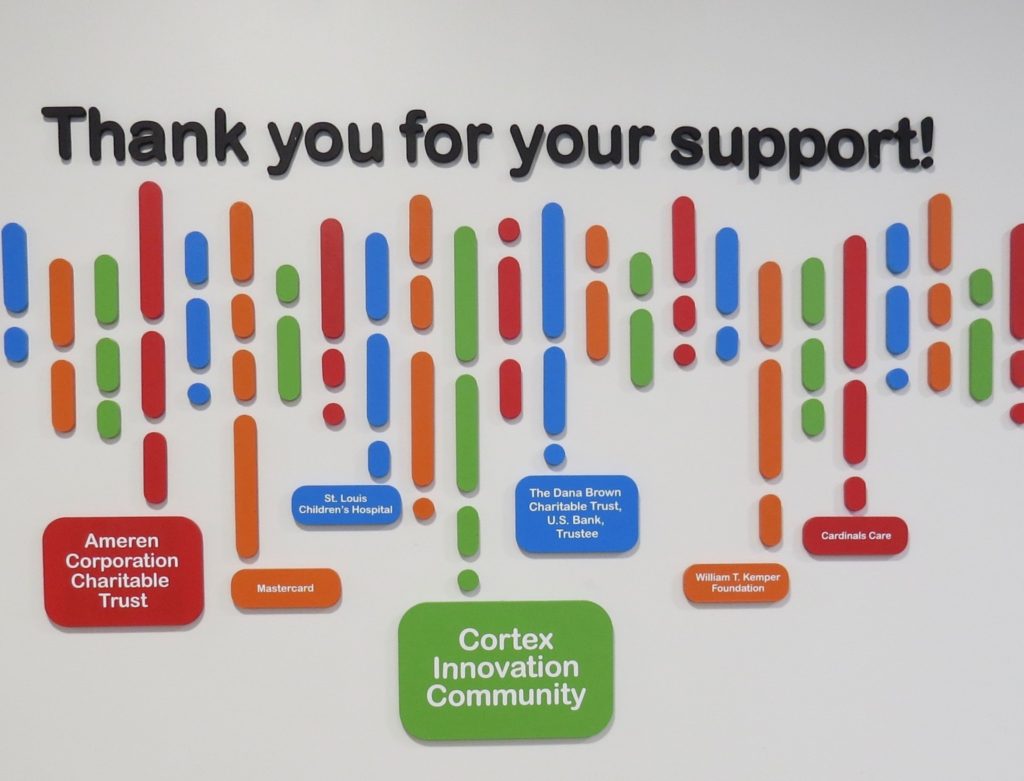 In 2014-15 when Mayor Lyda Krewson was the 28th Ward Alderwoman, many CWEnders worked with her to cultivate the sunflower garden on a property across the street from M.A.D.E. Although it was intended that the Sunflower Project would both beautify that section of Delmar and inspire others to think about future possibilities, I doubt anyone imagined what would blossom nearby in such short order.

Progress is often frustratingly slow, but when there are people with the means and the intentions to contribute to the community, good things spring up. Thanks to Doug Auer, Jim McKelvey and the board of The Magic House for all that they’ve done for the neighborhood and the City of St. Louis.