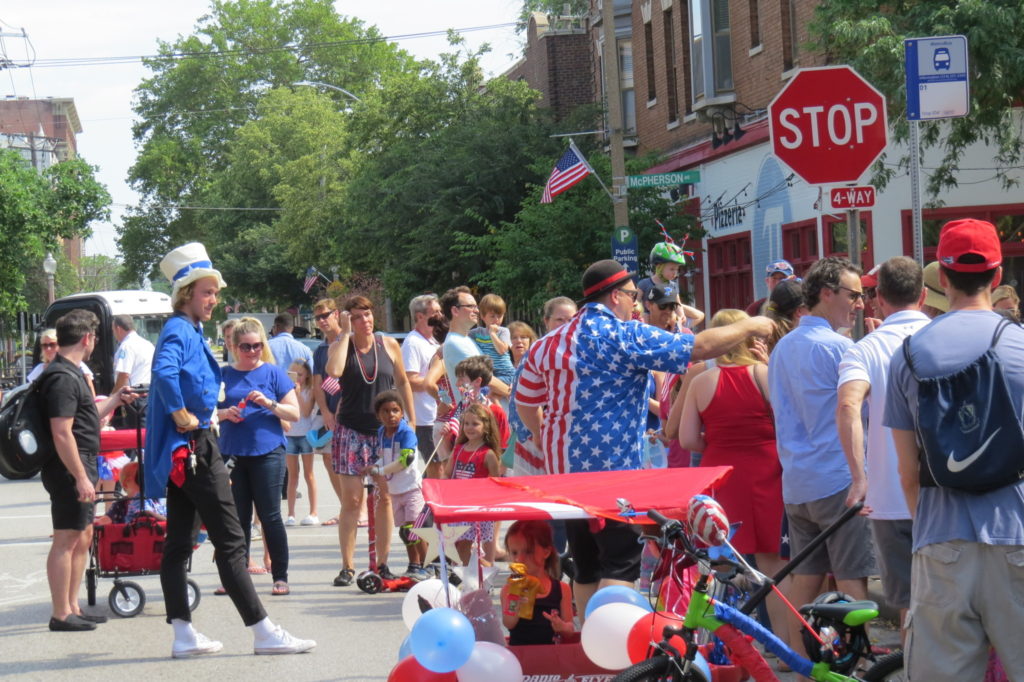 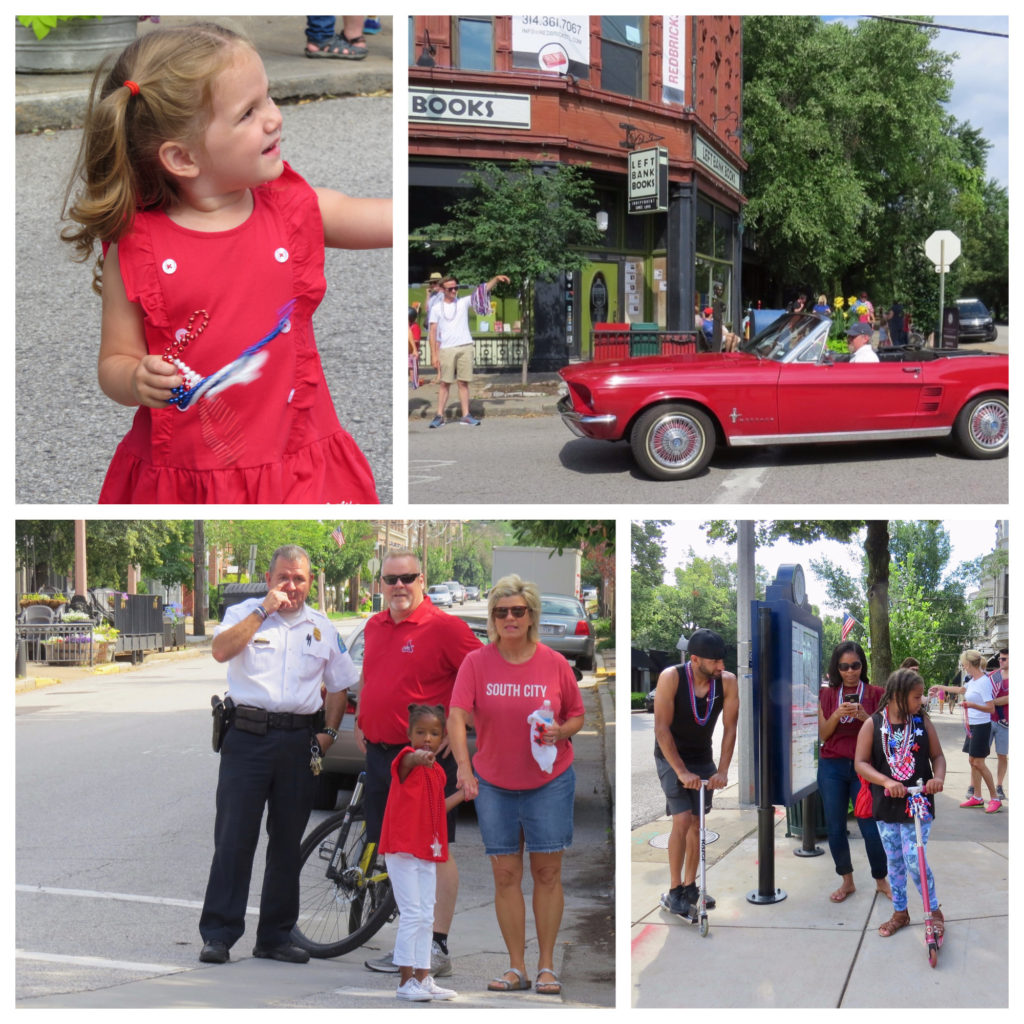 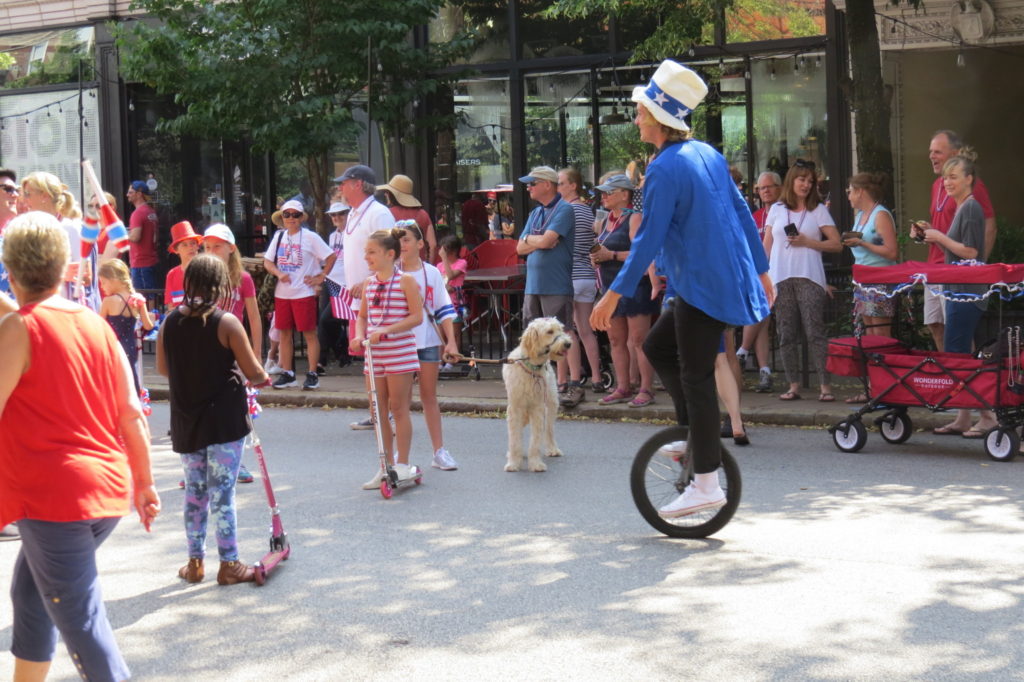 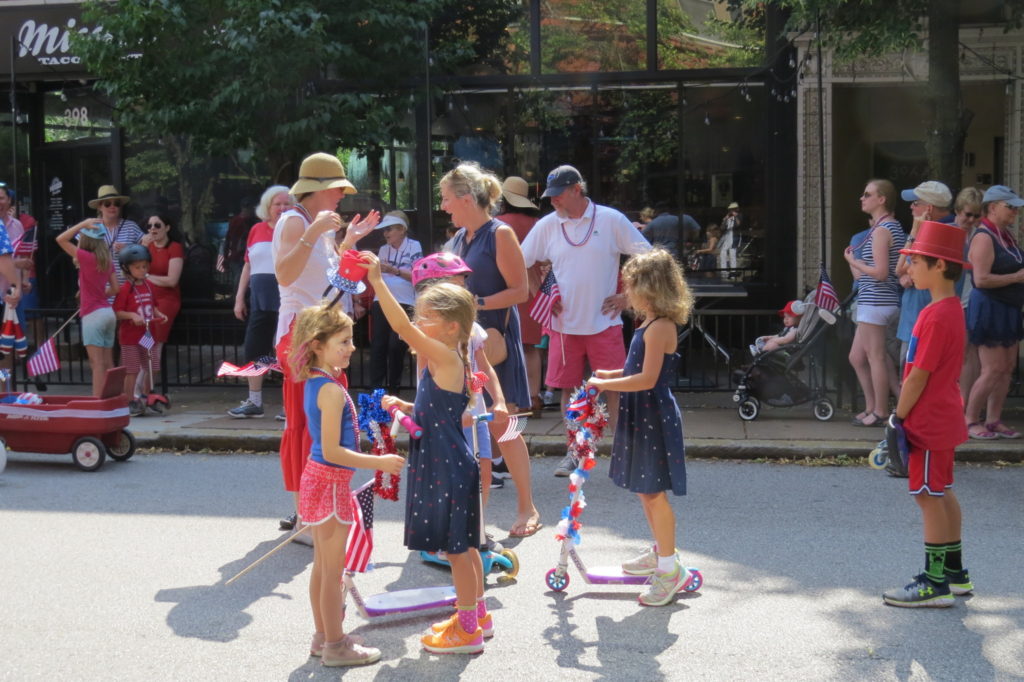 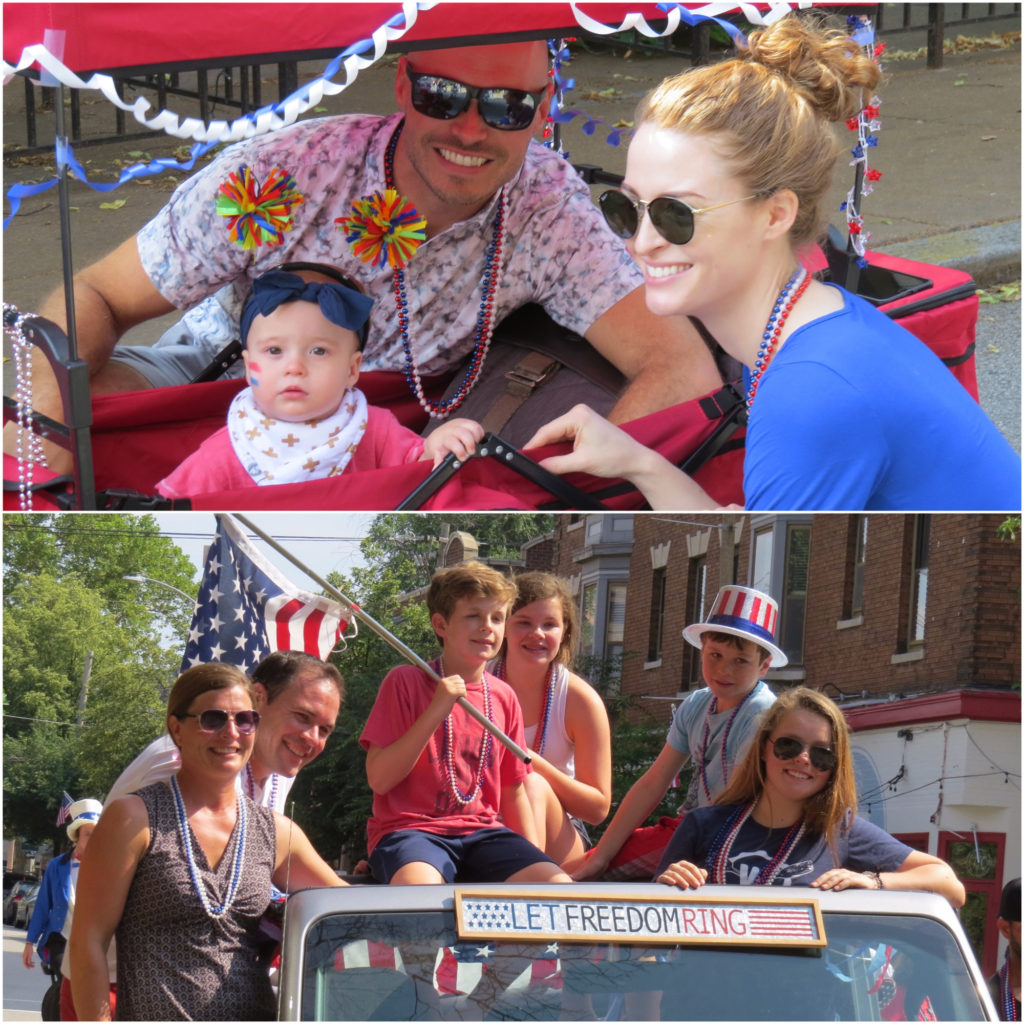 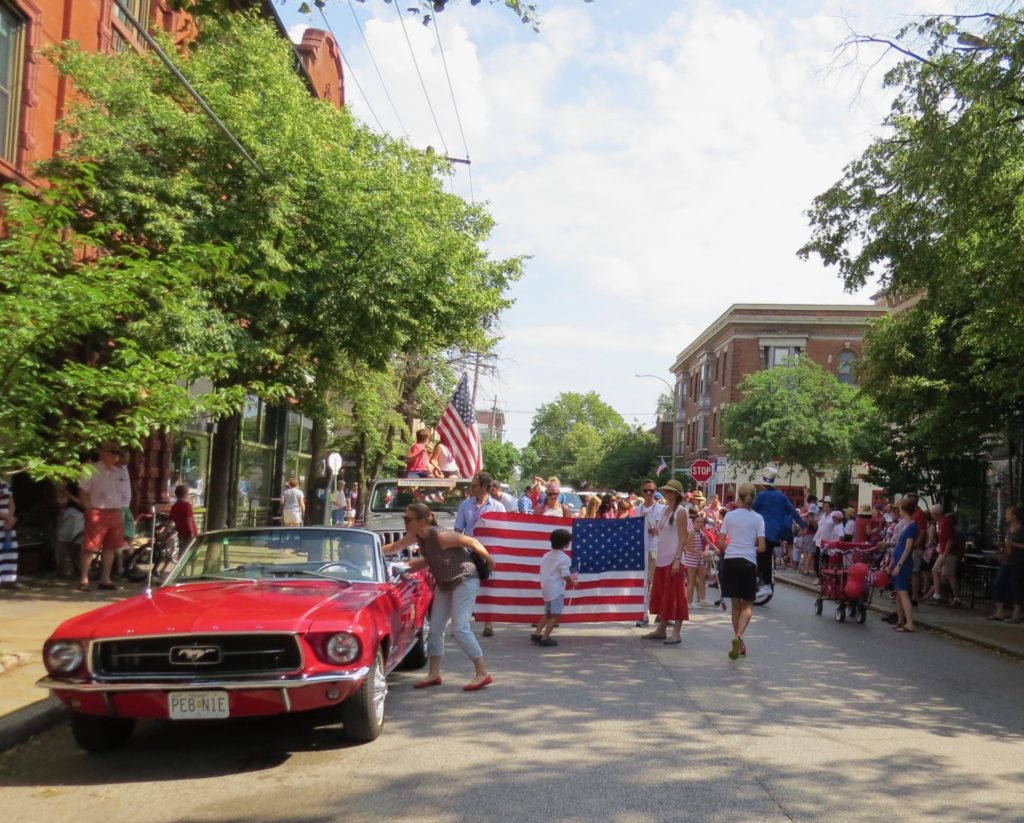 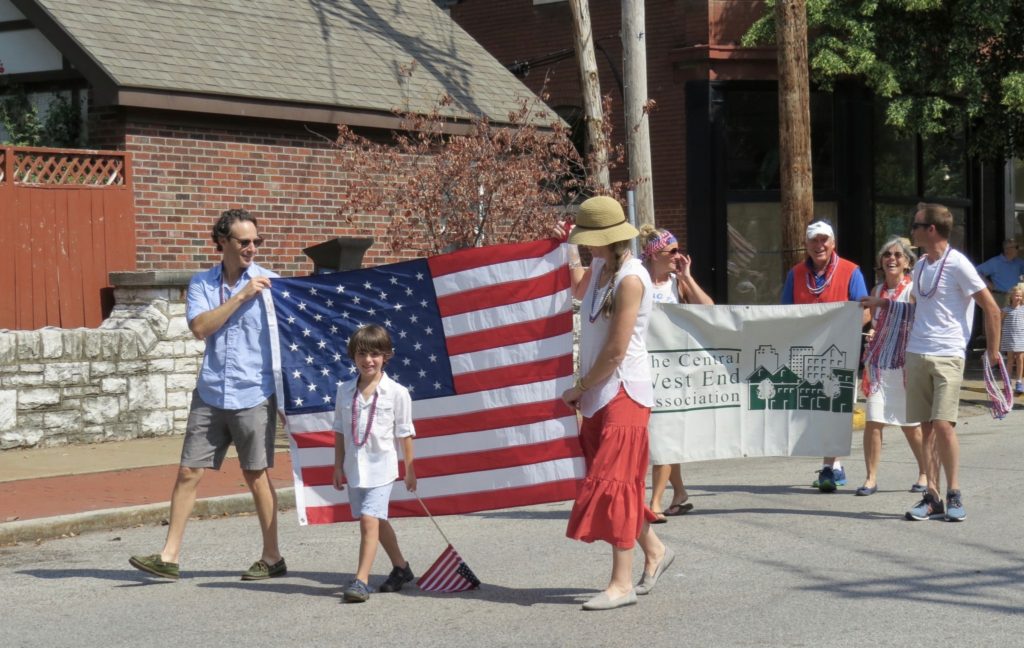 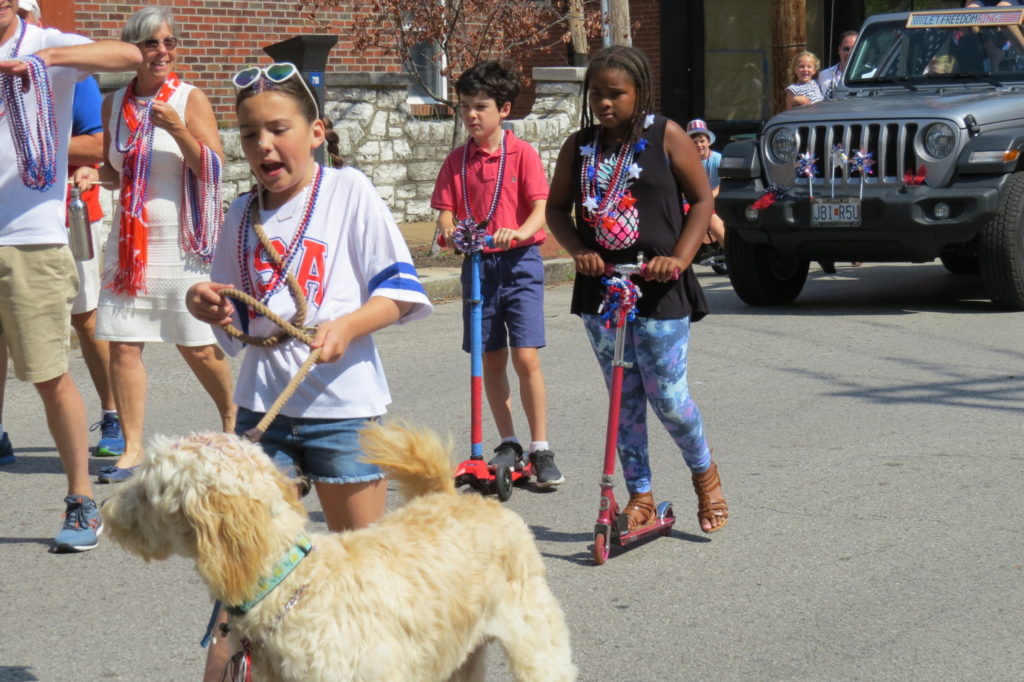 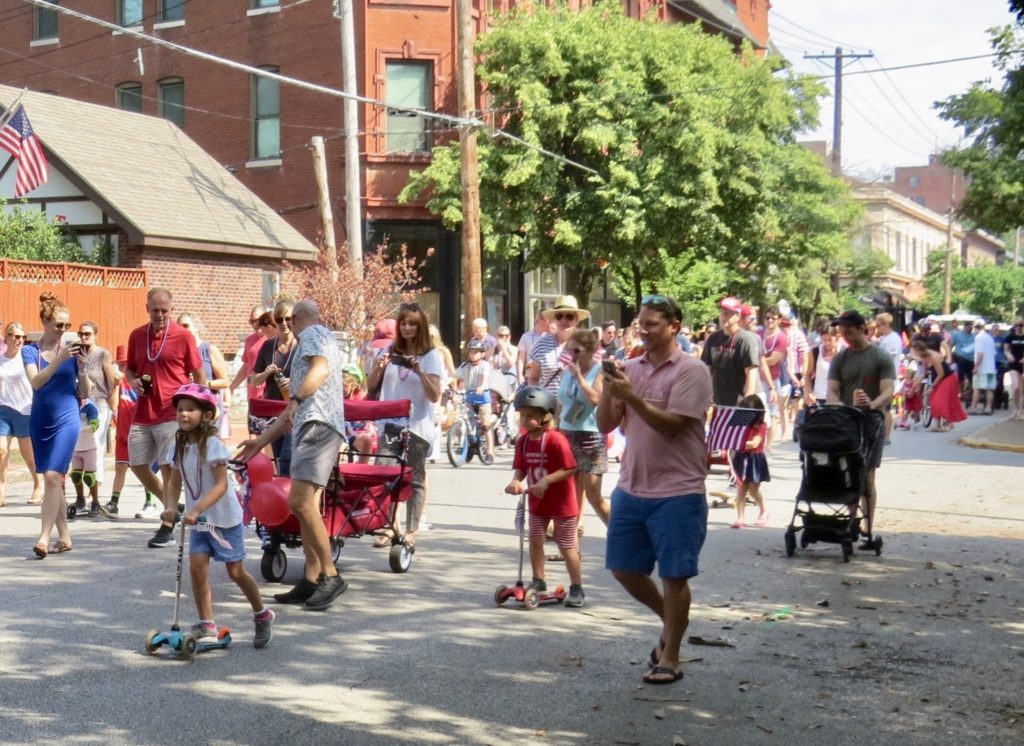 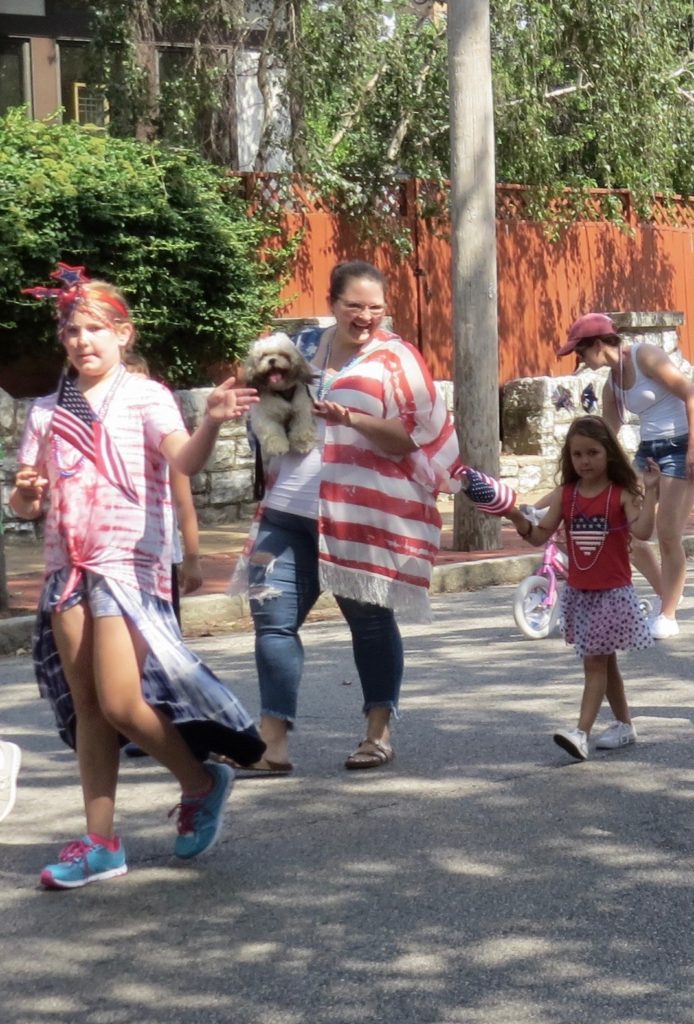 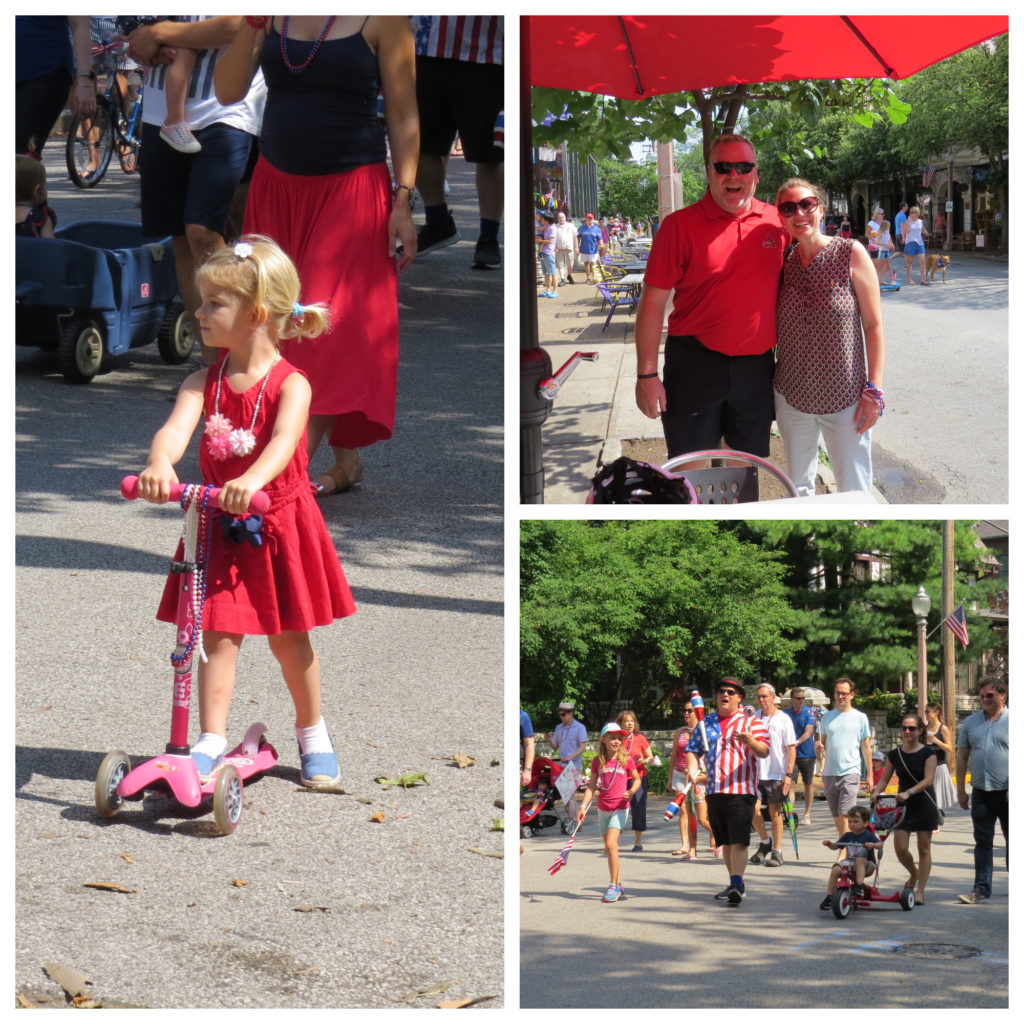 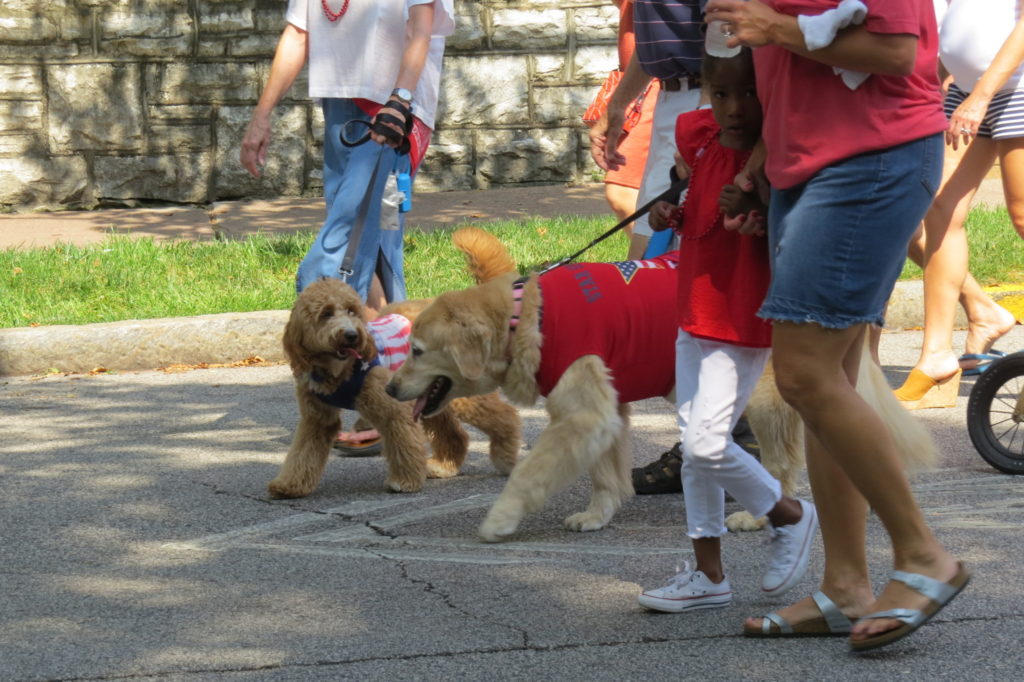 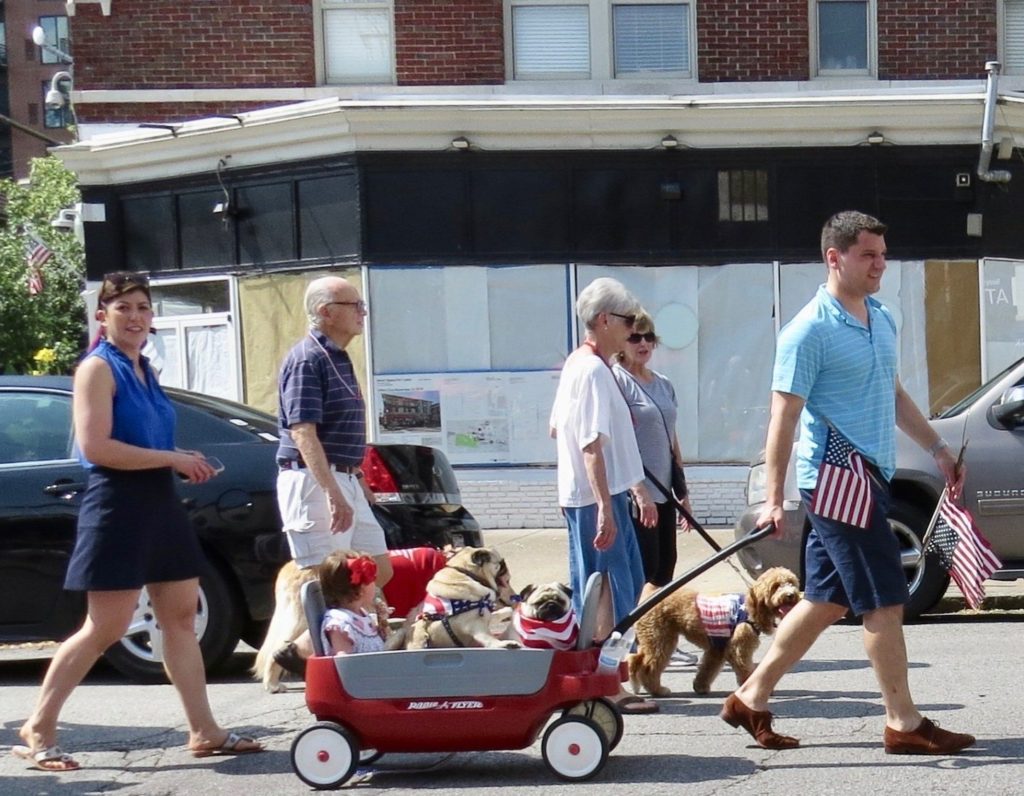 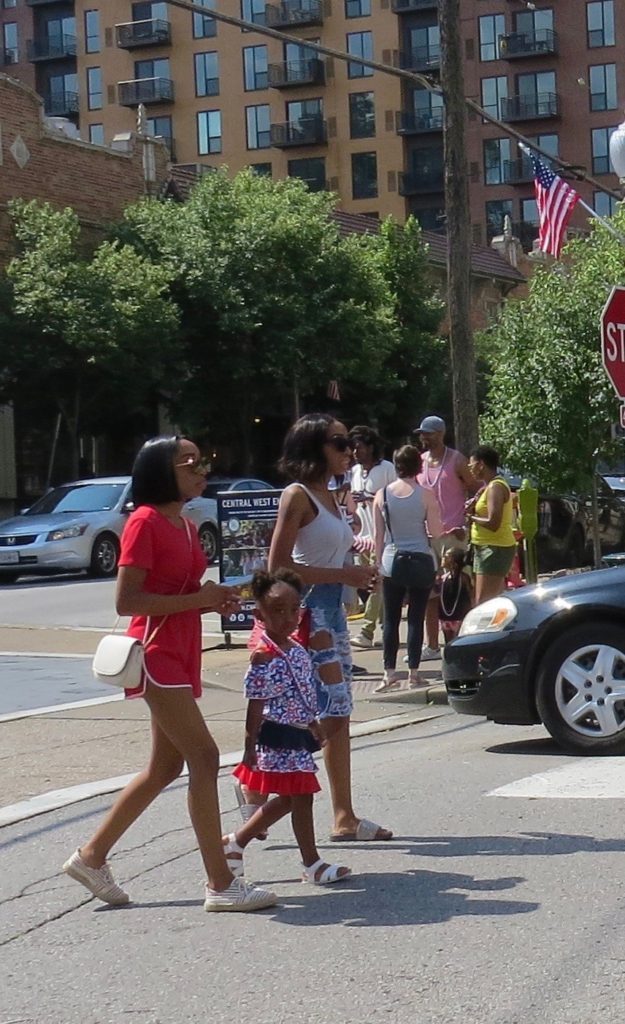 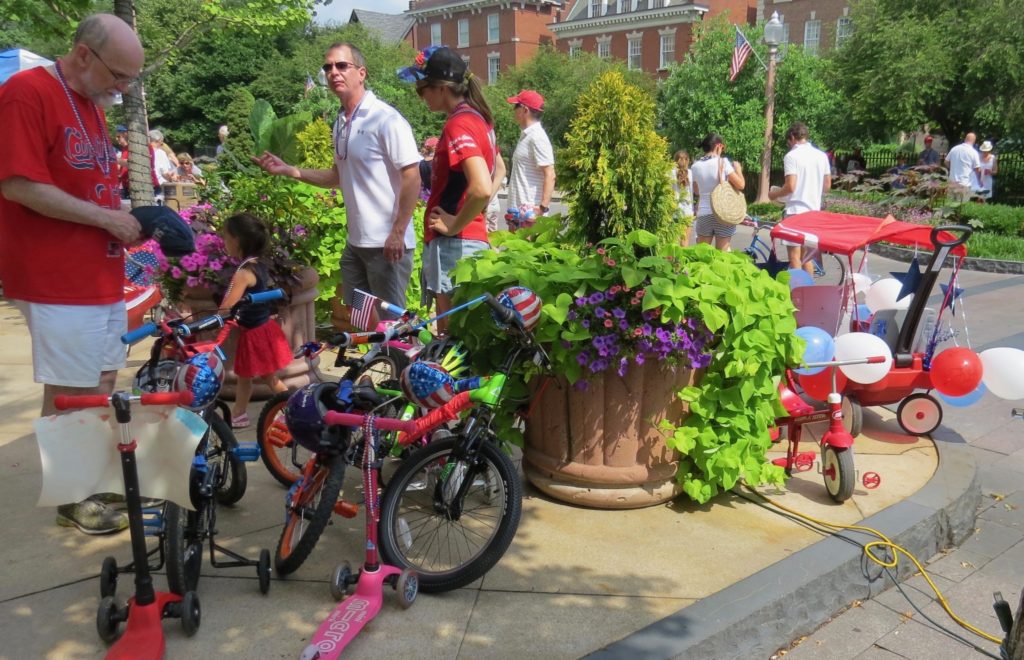 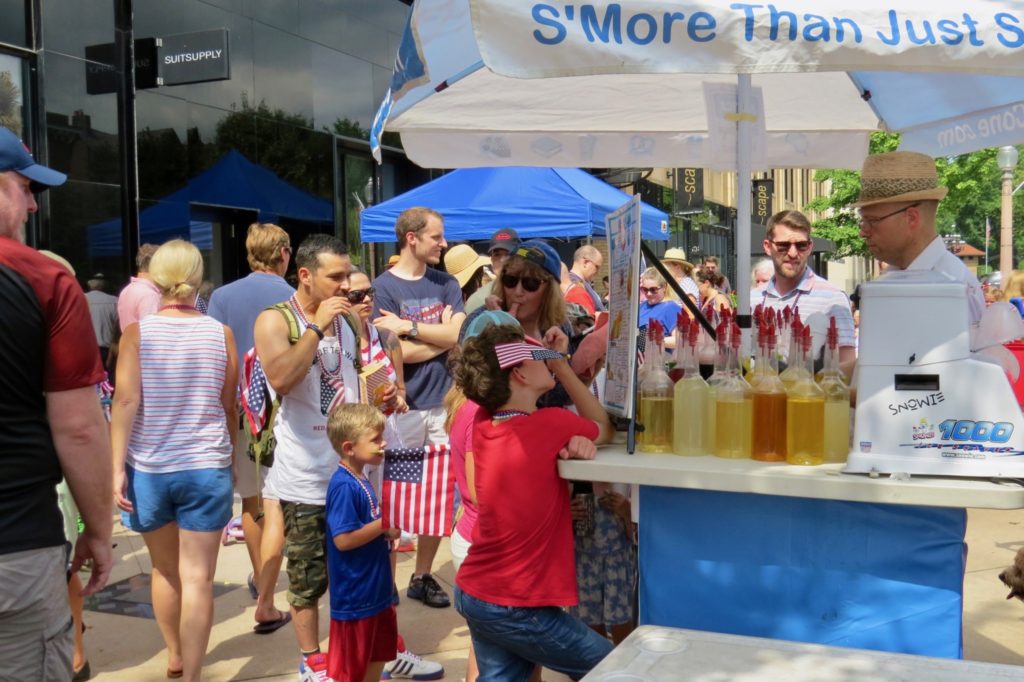 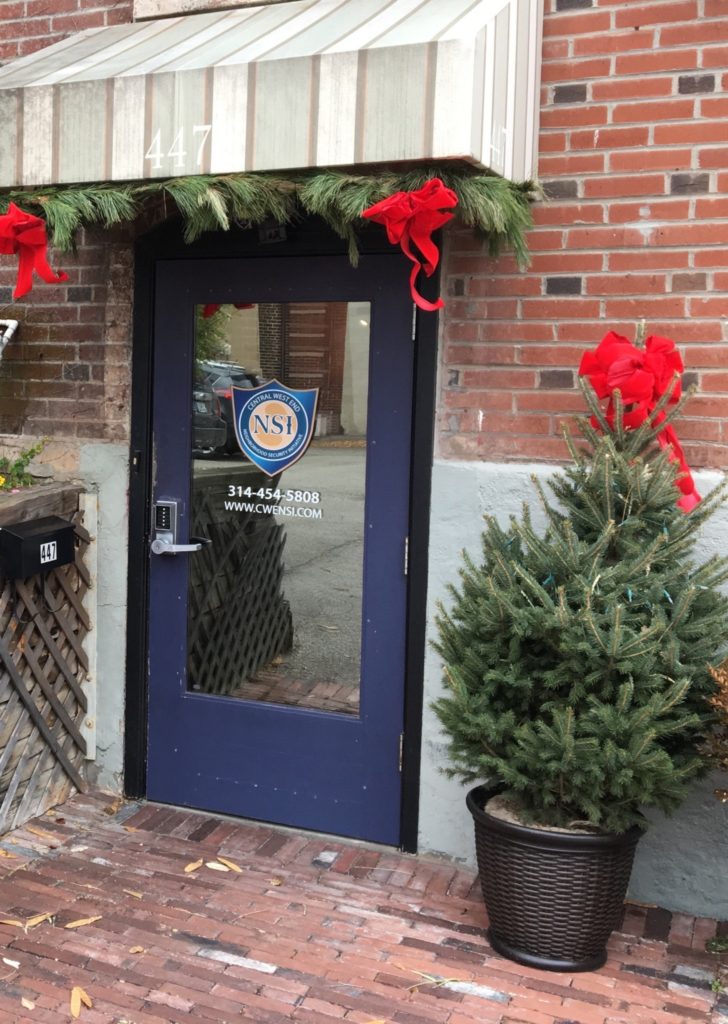 Jim Whyte, Executive Director of the Neighborhood Security Initiative, 447 N. Euclid, above, asked if I would share this request for donations to the St. Patrick Center:

From now through Friday, December 8, the NSI office will be accepting donations of men’s items for the St. Patrick Center. The center provides opportunities for our area’s homeless population or those at risk of becoming homeless. The Central West End Neighborhood Security Initiative partners with the center’s outreach program and is encouraging residents to participate.

The following items are needed: men’s underwear, socks, deodorant, & razors. Donations will be accepted at the NSI Office, 447 N. Euclid (at the corner of Euclid and Washington) from 8 a.m. until 4 p.m. 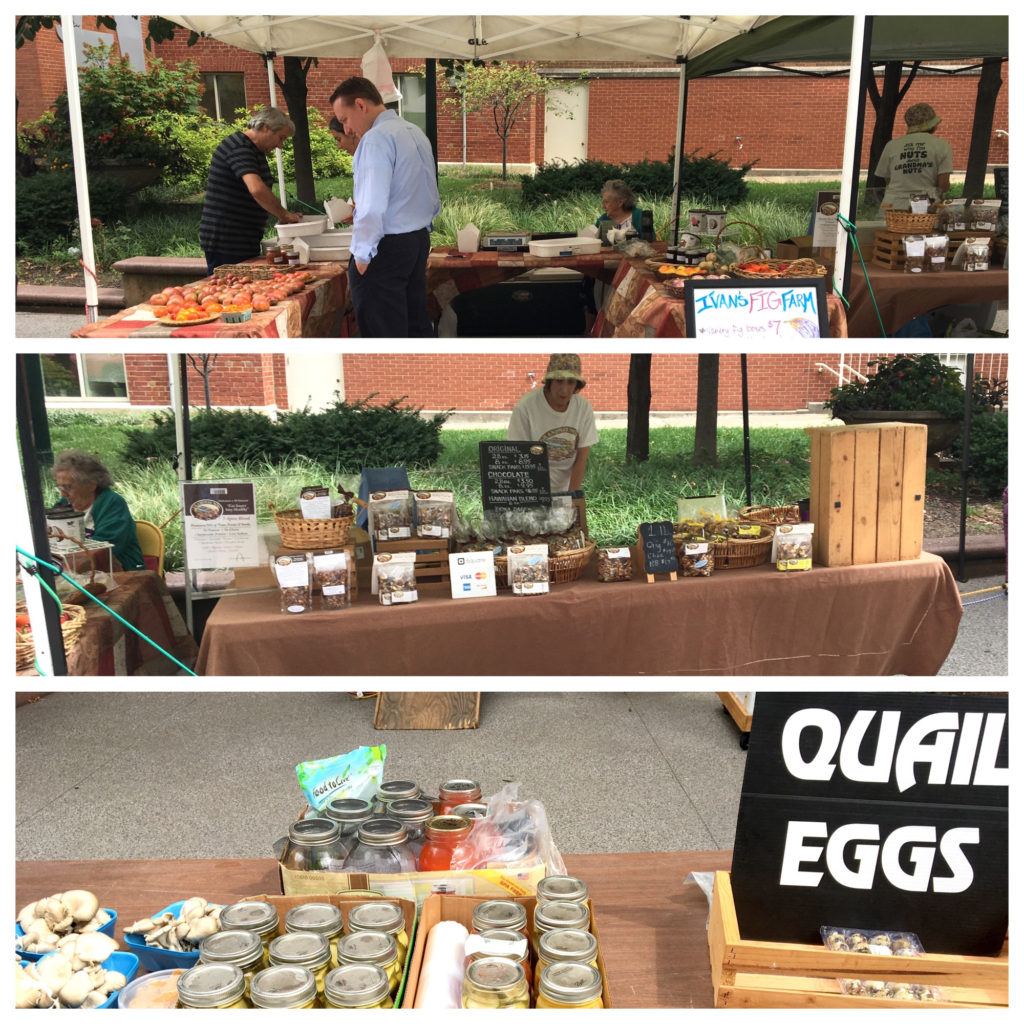 It had been a while since I last stopped by the W. U. Medical School’s farmer’s market on the BJC campus. I paid a visit recently and was inspired to remind readers that it is open on Thursdays from 10 t0 2, with as many as 10 or 11 vendors participating each week.

The market, which has been in operation since 2009, is open year ’round. From April through October it is located on the plaza just south of CAM at Euclid and Forest Park Ave. The market moves indoors to the atrium in the McDonnell Pediatric Research building from November through March.

More information can be found here. 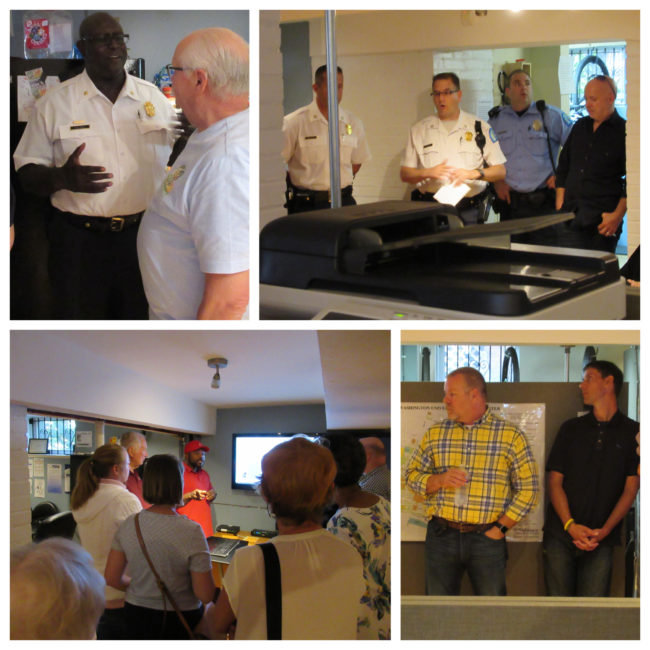 There was a large turnout for the Neighborhood Security Initiative’s August forum which was held at the NSI office so residents could learn more about the NSI’s operation and also meet Capt. Mike Mueller (2nd photo top right, behind post) the newly assigned 5th District Captain, bid farewell to his predecessor Capt. Eric Larson, and hear from  North Patrol Commander (and CWE resident) Major John Hayden, top left. NSI staffer Lyndon Cornell, bottom left in red shirt, demonstrated the command center for the CWE neighborhood security system which he manages.

NSI Executive Director Jim Whyte, bottom right photo in plaid shirt, fielded questions from attendees including a lengthy discussion regarding the dangers caused by reckless drivers who ignore stop signs and red lights. One interesting suggestion was to make driver’s ed training mandatory and a prerequisite to obtaining a driver’s license. 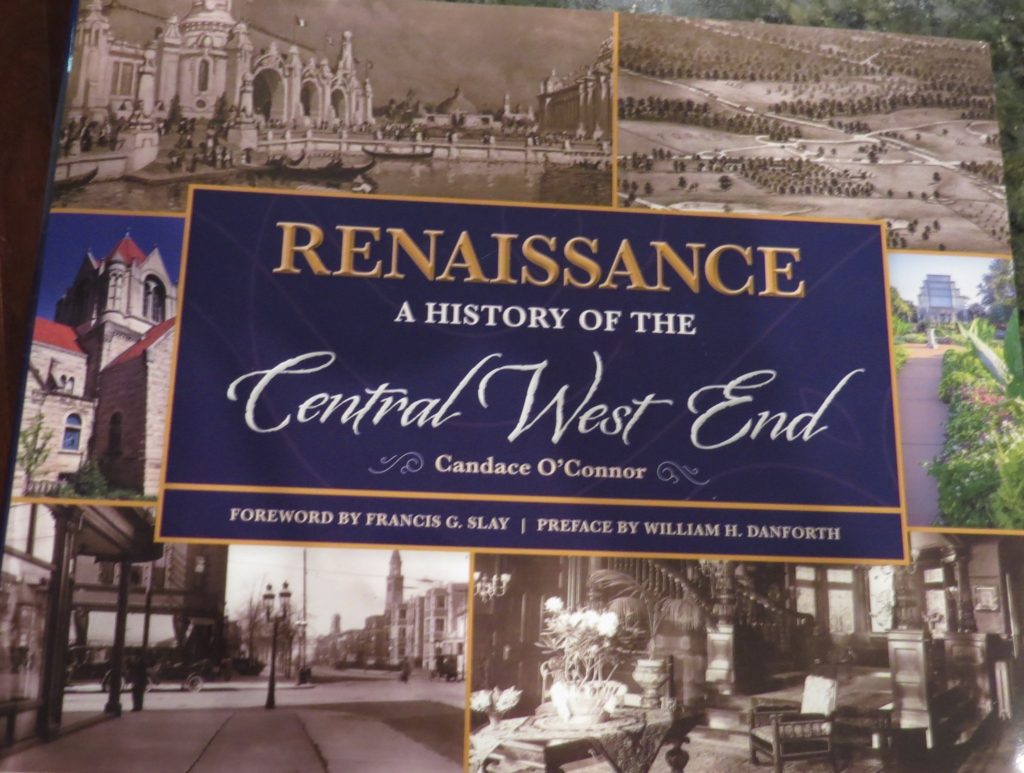 It was standing room only when author Candace O’Connor appeared at Left Bank Books last month to discuss and sign copies of her book Renaissance, A History of the Central West End, $45. 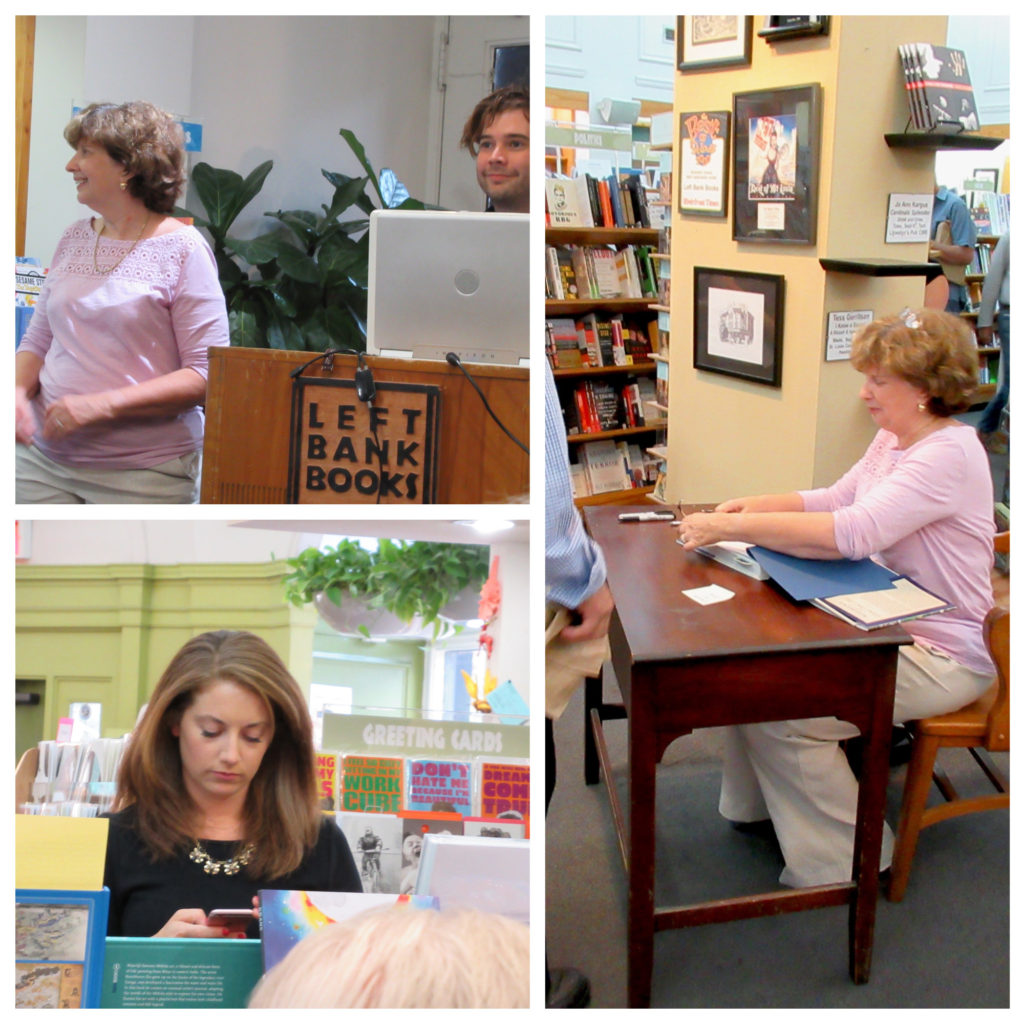 O’Connor is shown in photo above left with Left Bank Book’s Shane Mullen, and far right signing copies of her book. Lower left, KMOV reporter Alexis Zotos was there with a cameraman covering the event. END_OF_DOCUMENT_TOKEN_TO_BE_REPLACED