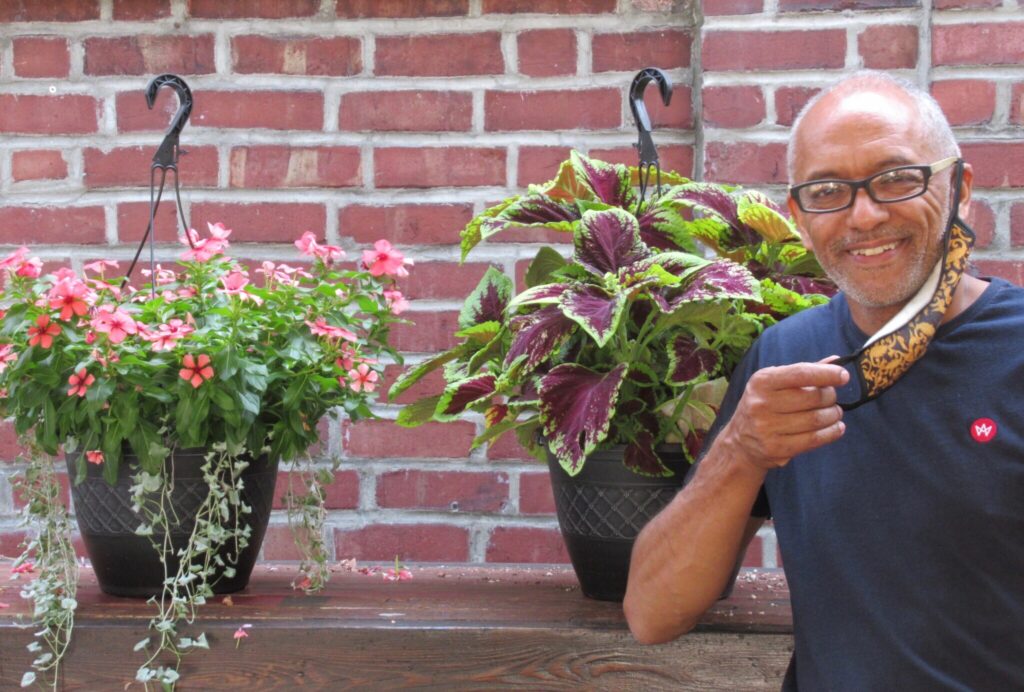 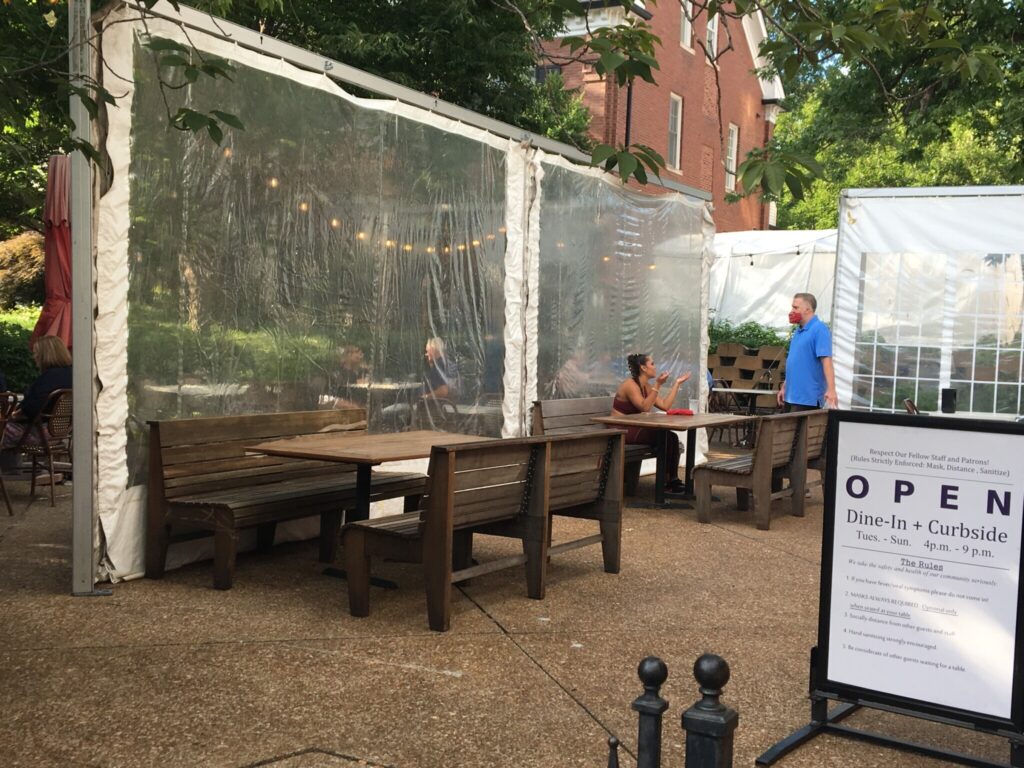 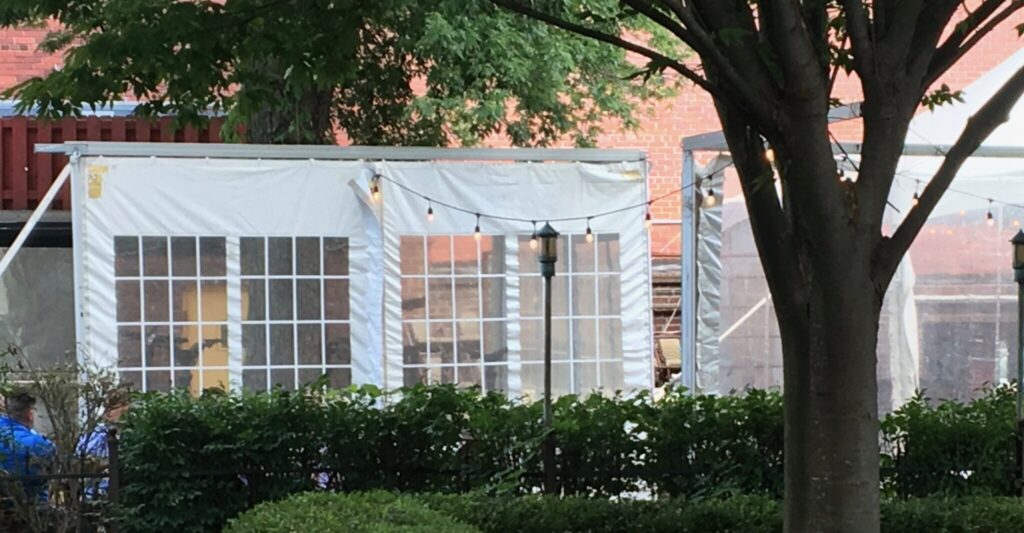 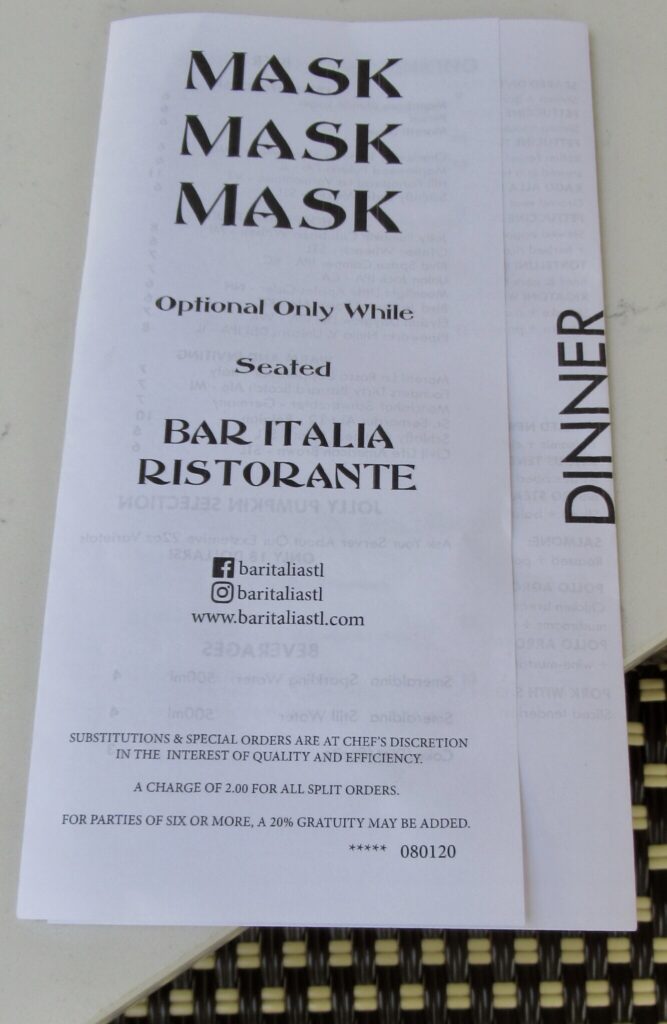 The Buena Suerte Social Club puts on a show 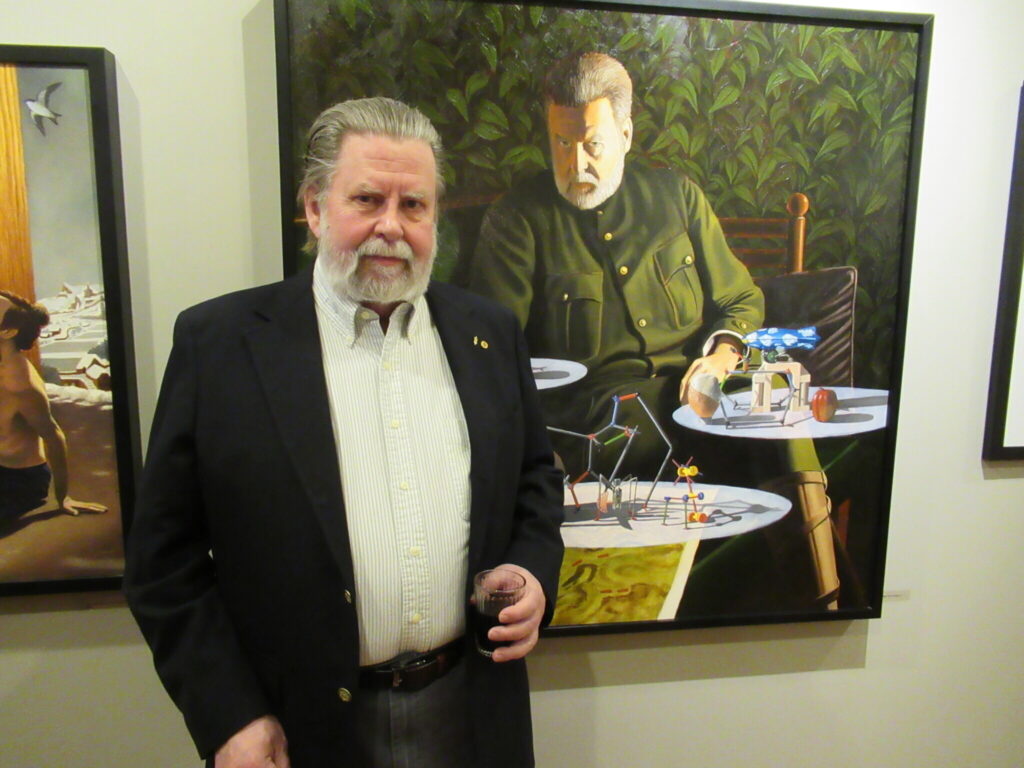 As the eleven members of the Buena Suerte Social Club gathered for one of their monthly meetings over drinks and Chinese food  several months ago, the newest member of the group, CWE-based artist Milo Duke, above, had what he called a “Mickey Rooney” moment. When he realized that all the members were artists—and prominent ones at that—Duke said to the group: “With all this talent, we should put on a show!”

His proposal was realized last Saturday, March 7, when about 250 people attended the Buena Suerte Social Club’s opening, Of Gods and Men, at HorsleyArts, 4374 Olive Street.

Duke is photographed with Fermi’s Question,a self-portrait which was a semi-finalist in a 2004 portrait contest at the Smithsonian. 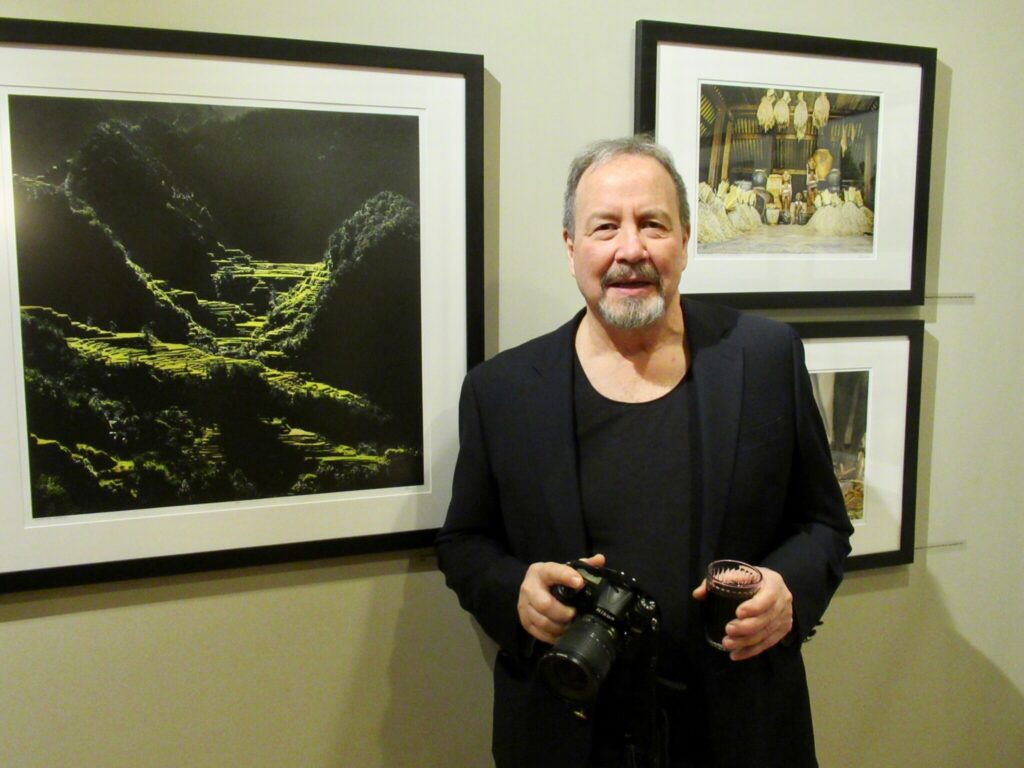 Photographer Glenn Stone, a Professor of Anthropology & Environmental Studies at Washington University, is shown in front of his photographs taken during his travels around the world. 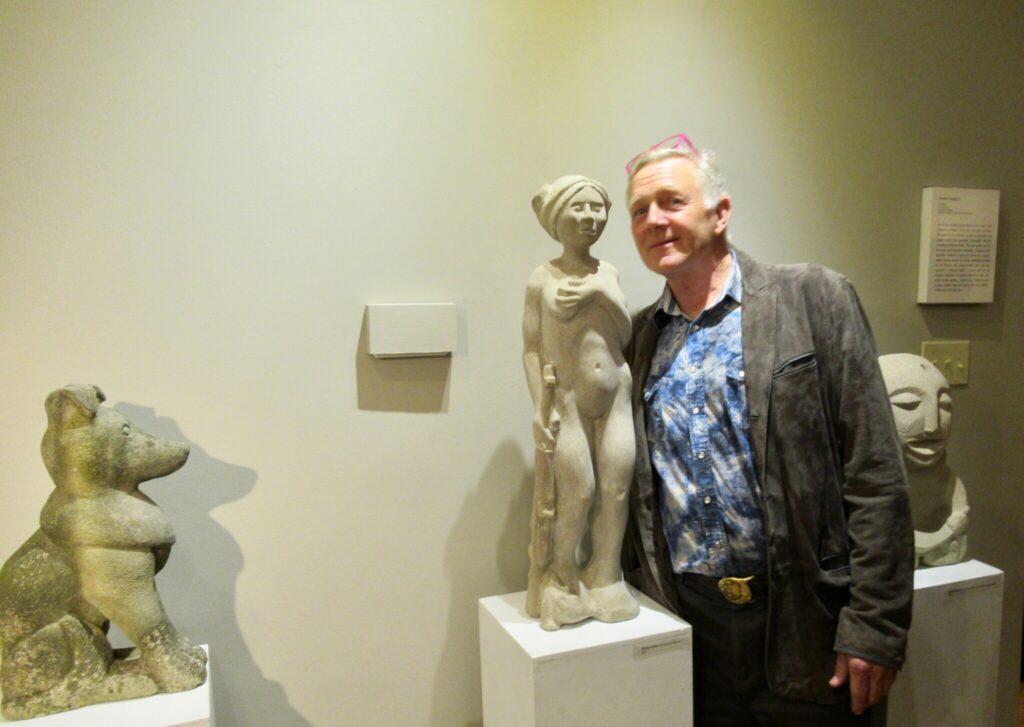 Wesley Fordyce, above, one of the founders of Buena Suerte Social Club, is photographed with his sculptures made from Indiana limestone. Meant to recall forgotten civilizations, they include from left: Pet Dog Coco, Empowered Woman, and his favorite piece shown far right and below, Beautiful Woman, “I will share it all with you.” 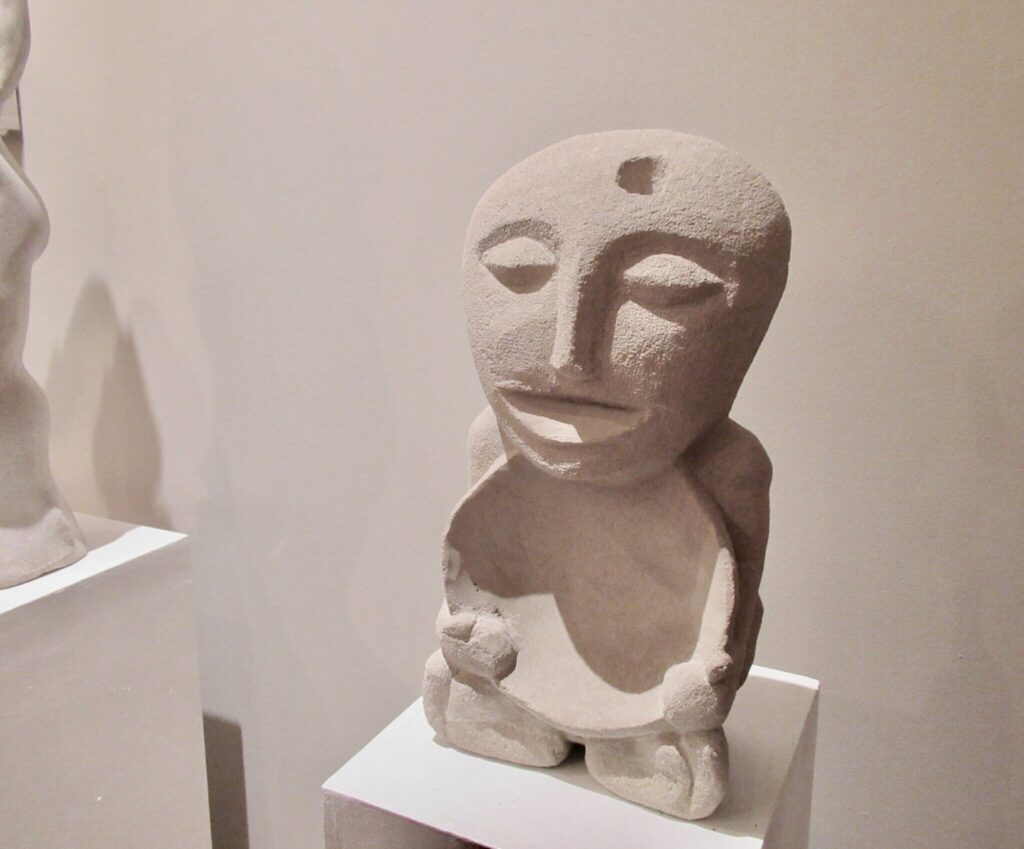 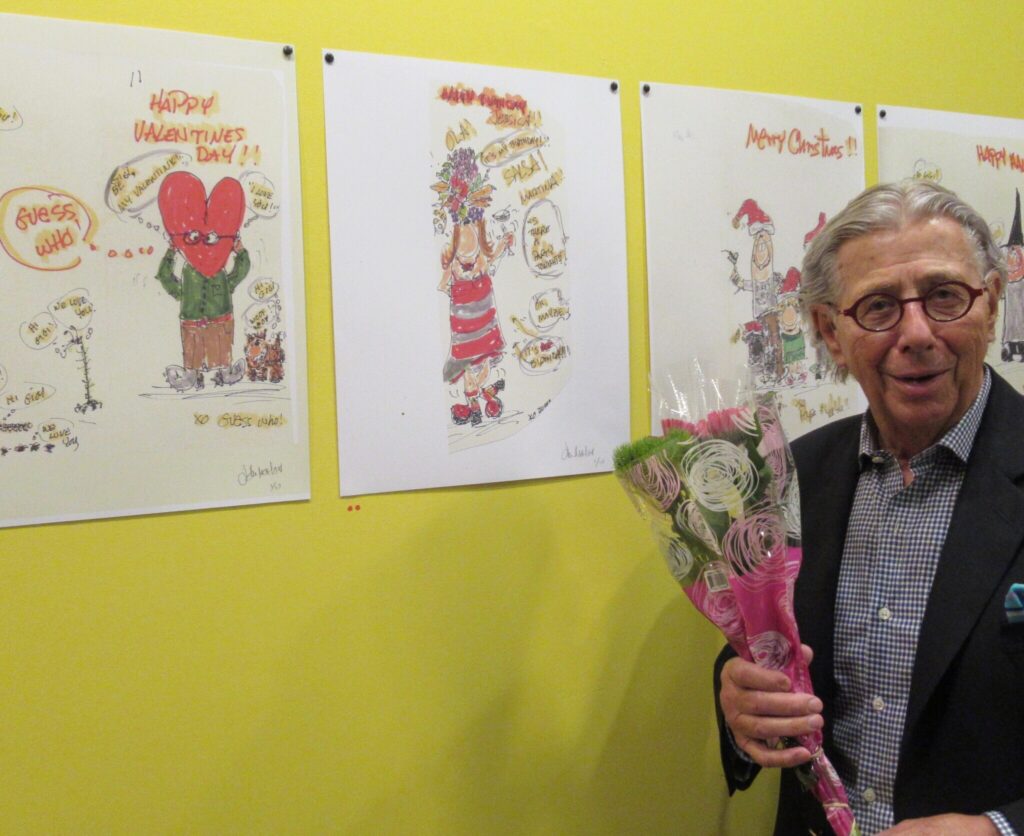 CWEnder John Marlow displayed cartoons he creates for family and friend occasions. He told Linda Horsley, the gallery’s proprietor, that he starts his drawings with a “big nose.” Marlow is a founder of the Great Forest Park Balloon Race. 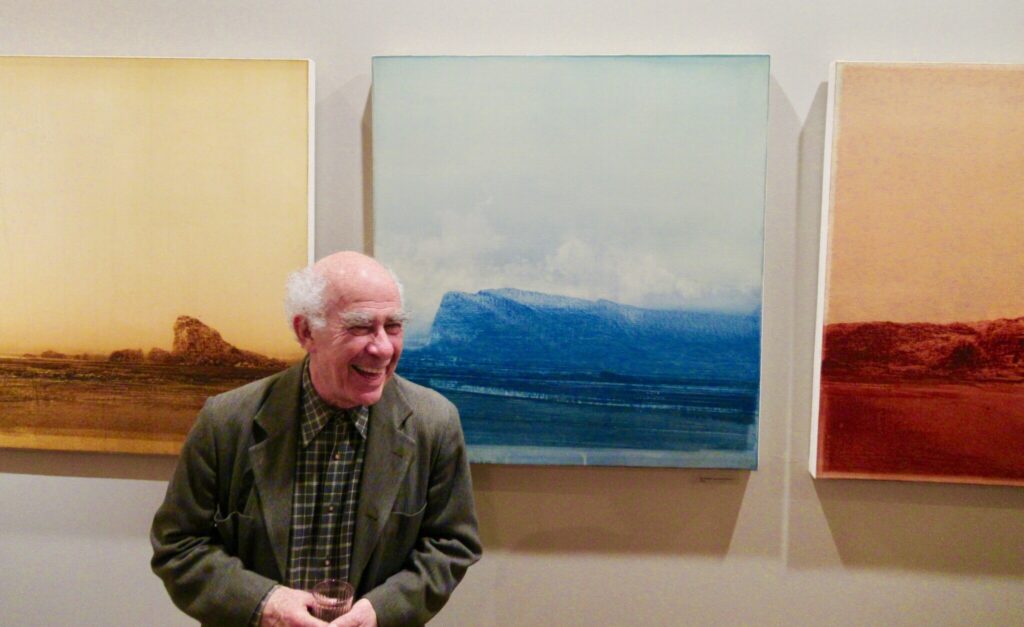 CWEnder Dan Gualdoni uses brushes, rollers and print-making techniques to create landscapes which are figments of his imagination, above. Gualdoni is known to many St. Louisans as a co-founder of Bar Italia, which opened almost forty years ago in the Hill Building on Maryland Avenue where Starbucks is now located. 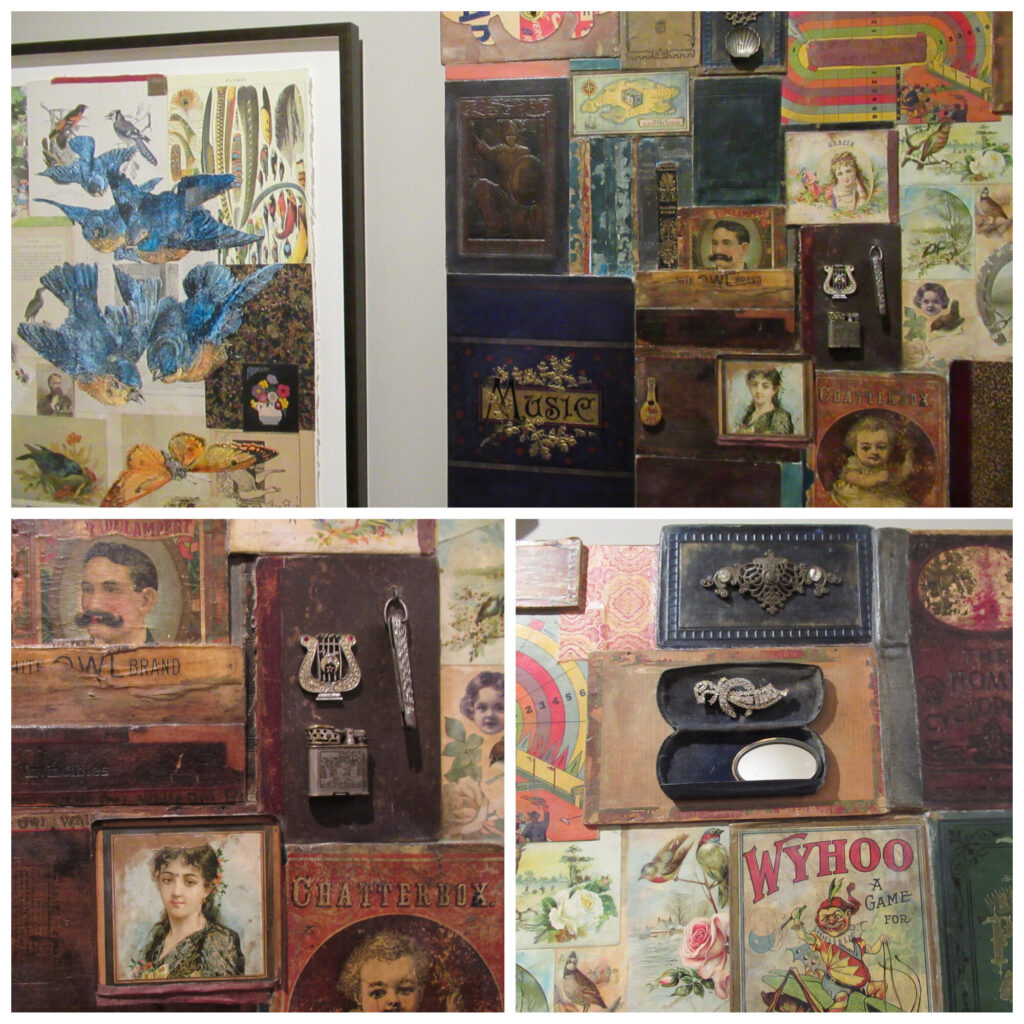 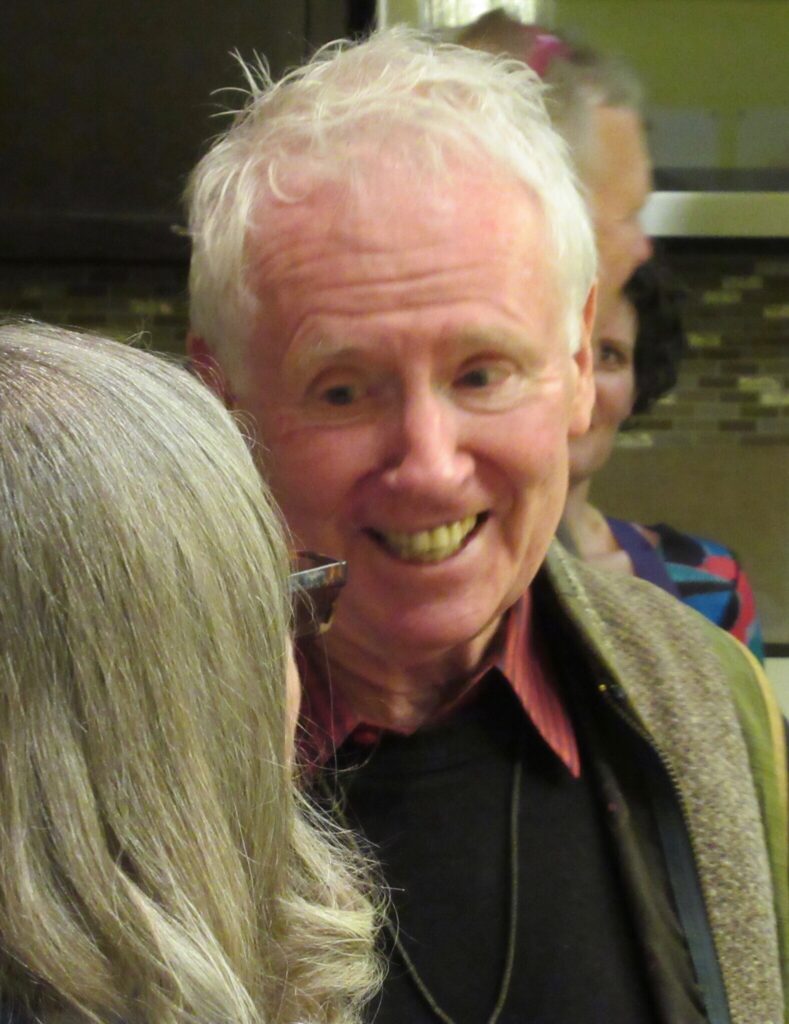 John Nunley, above, curated Of Gods and Men. He is an honorary member of the Buena Suerte Social Club and is retired from St. Louis Art Museum where he was curator of the Morton May Collection of African and Oceanic Art.

A visit to the Boyle Laclede Community Garden

Earlier this month I stopped to visit Diana Gualdoni, a resident of Laclede Avenue whose been managing the Boyle Laclede Community Garden for the past few years. She and 8 other volunteers were in the process of expanding the community garden's footprint from 16 to 20 beds to accommodate a long-standing wait list of residents anxious to lease a plot. Once funds for the expansion were approved by the West Pine Laclede Neighborhood Association, the group got to work.

Funds were used to purchase lumber to construct the additional beds and a special blend of soil made for raised beds by St. Louis Composting. When the garden started approximately 6 years ago, both Gateway Greening and the City of St. Louis were valuable resources. The city tapped into a main in the street and provided a source of water for the garden which is turned on in the spring and off in late fall. 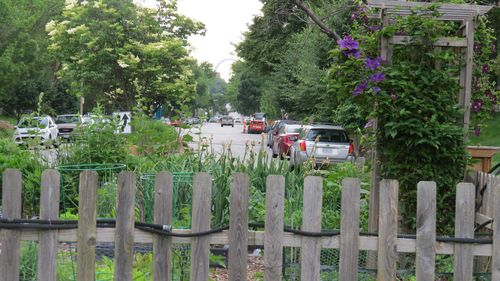 The garden, located in a cul-de-sac at the intersection of Laclede and Boyle, is perfectly aligned with the Arch, visible in the distance above. 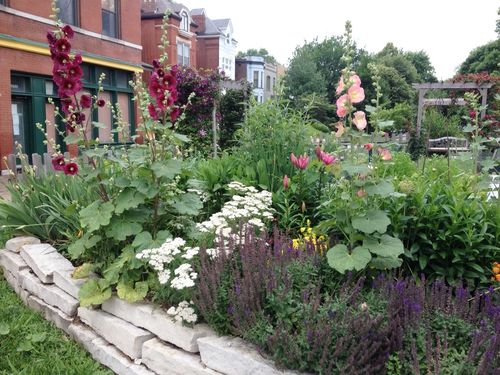 The east side of the garden is filled with perennials, mostly Missouri natives. Since the group's interest is focused on vegetables and herbs, Diana is actively looking for someone to help maintain the perennial garden. Anyone interested in volunteering can contact Diana (see end of post for info). 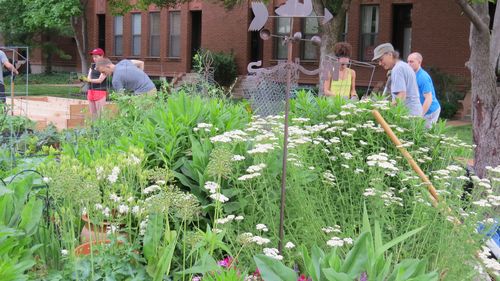 Diana, in grey hat above right, assumed the leadership role from Liz Wright-Jin, who started the garden and managed it for 3 years until she became too busy with her first baby and defending her thesis. Diana had just retired from the business office of the Department of Cell Biology and Physiology at W. U. and had the time and passion to take over. Since the system was already set up and working well, she said it was easy to step into the role.

Another resident that has had an immense impact on the design of the garden is realtor Erv Janko, a talented woodworker who built the gazebo, the arbor, picnic tables, trellis entries, fencing, and with the recent funding from the association, wood frames for the new beds. 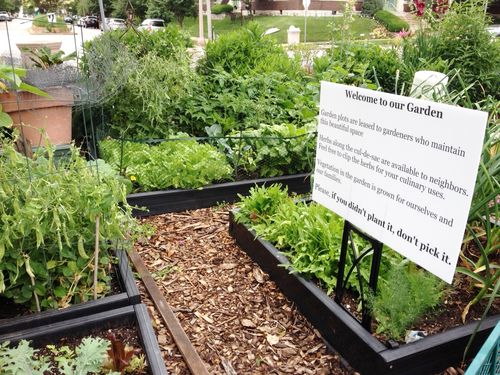 Plots are 4 x 4 or 4 x 8' and lease for $15 or $30 a year. Garden rules are posted at the entry and include the line, "If you didn't plant it, don't pick it." Diana said that people seem to respect the rules and they haven't had much problem with poachers, of the two-legged variety anyway.

Members also planted an herb garden that is located outside the fenced area and is available for everyone in the immediate neighborhood to enjoy. 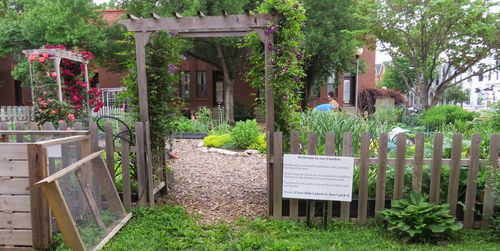 There is an extensive composting system, partially visible to the left. 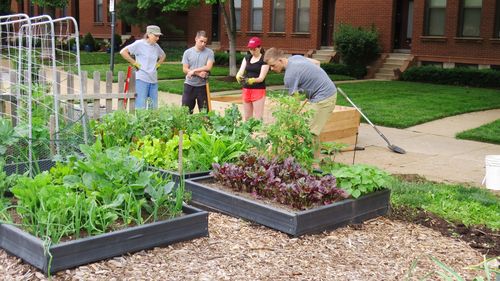 Not surprising that tomatoes are the most popular plant, followed by Swiss chard, carrots, garlic, and in cooler weather, lettuce. Dan Gualdoni is the resident arborist and tends the nectarine, peach, and cherry trees as well as the grapevines growing on the arbor. He is currently devising a strategy to deal with whatever critter stripped the trees bearing almost-ripened fruit one night last summer. 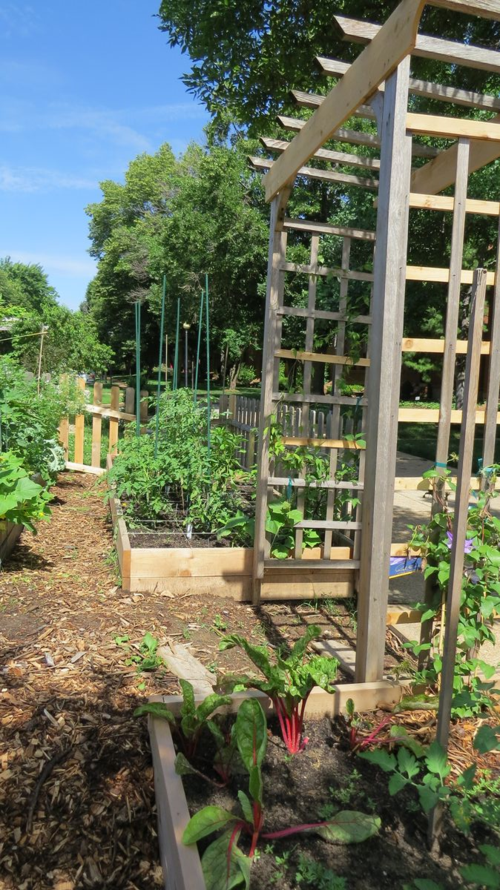 This is a view of the expanded garden a few weeks after work was completed. Newer gardeners learn how many vegetables will fit in their plot by using the square-foot gardening system (see strings in top garden). The temptation at first is to crowd the plot, and laying out the grid helps.

At the end of August there is a community pot luck featuring bounty from the garden. By October the garden is winding down. The last work day takes place in November. At the end of January current members are asked to reserve spots, and then, if there are  vacancies, word goes out to the neighbors.

Diana says that the garden is many things to many people. Members, of course, have the satisfaction of growing their own vegetables, but in addition, people walking by will stop and rest in the garden. Last summer she met a woman who came there every day while her husband was undergoing treatment at the Siteman Cancer Center. She told Diana the setting brought her peace and tranquility at an extremely difficult time.

If you have questions about the garden, or would like to help with the perennials, please contact Diana Gualdoni at digualdo@gmail.com.