Intersection of Forest Park Parkway and Kingshighway is open 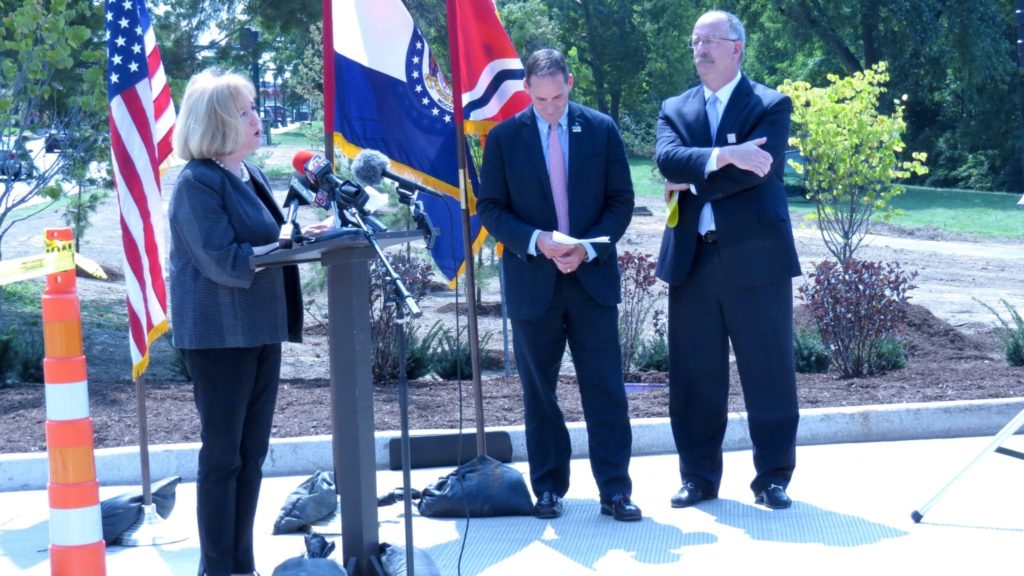 Mayor Lyda Krewson, above, commented that this was one of the easier tasks she’s had on her schedule for a while and was delighted to be there. Shown with Mayor Krewson are Rich Liekweg, President of BJC Healthcare, middle, and Paul Scheel, CEO, WU Physicians. 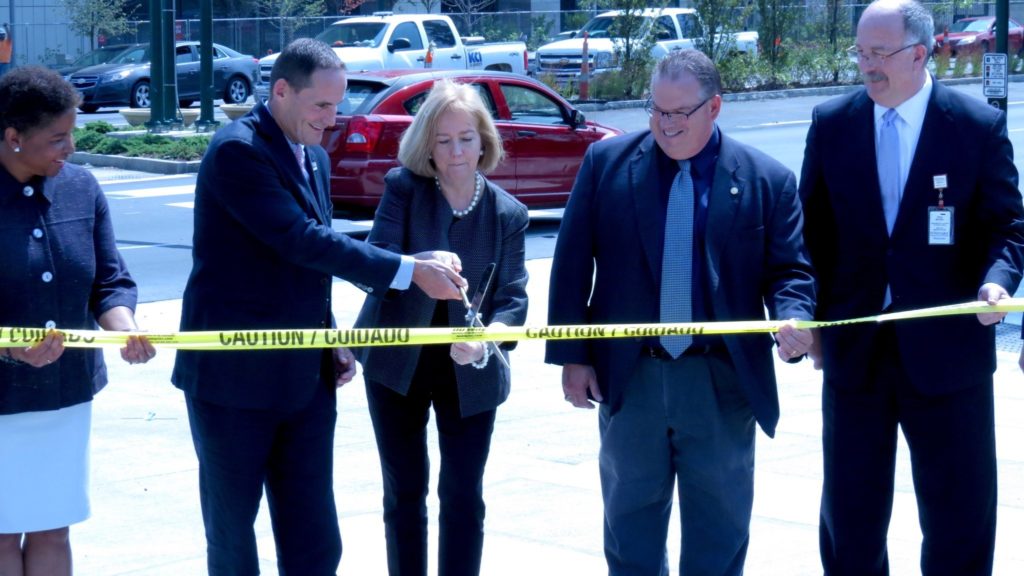 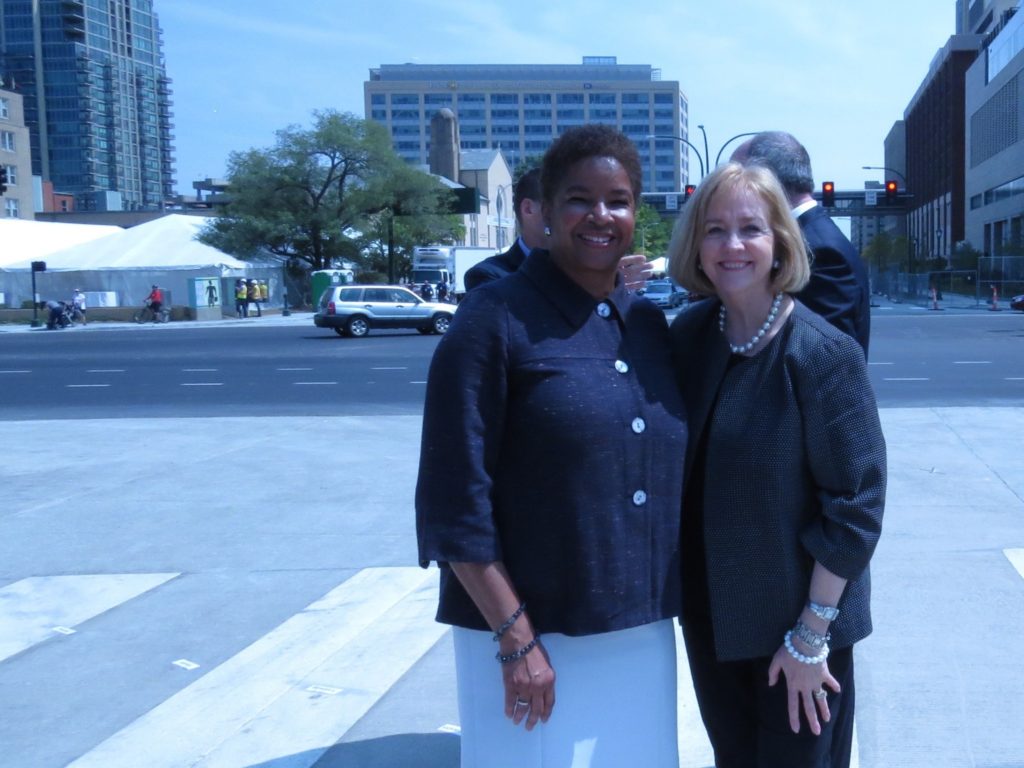 “This project, a partnership among BJC HealthCare, Washington University School of Medicine and the City of St. Louis, modernizes a major city artery while creating a beautiful new front door to the Central West End and medical center from the west,” said June Fowler, (above), with Mayor Krewson.

The project was funded by BJC and Washington University School of Medicine. A federal grant paid for the replacement of the bridge over the MetroLink tracks. The mayor thanked Forest Park Forever’s Lesley Horvath (not photographed) for the organization’s cooperation and assistance during construction. 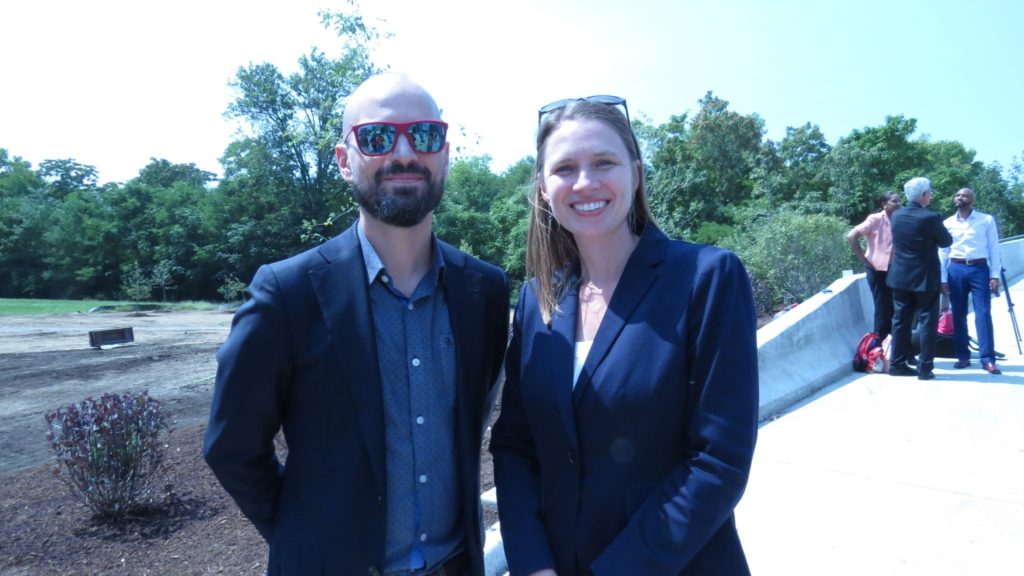 The photo above shows 25th Ward Alderman Shane Cohn with 28th Ward Alderman Heather Navarro. In her opening remarks, Mayor Krewson credited Alderman Cohn with the idea of creating a bike tunnel under the new bridge, see photo below. 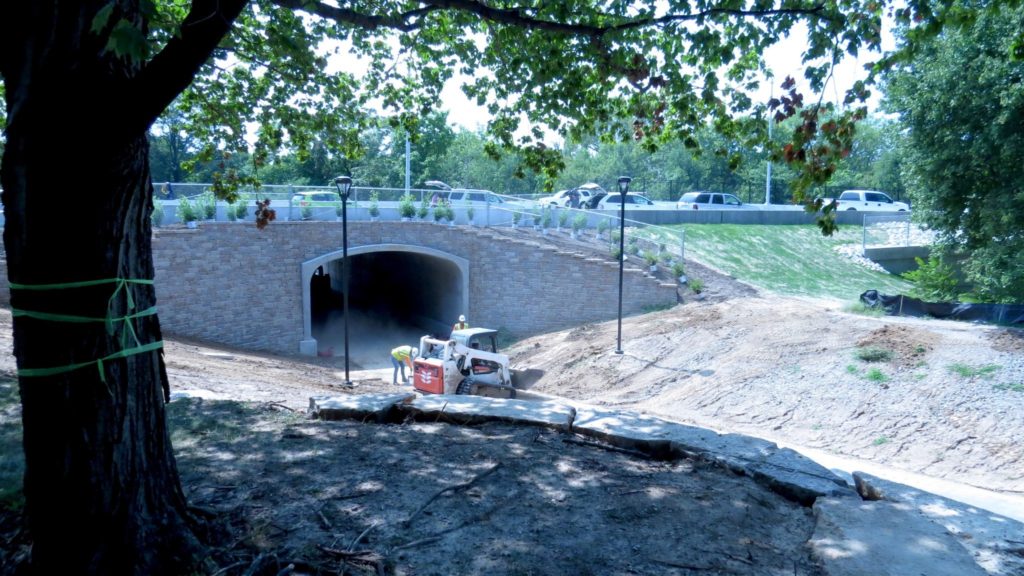 A view to the east. 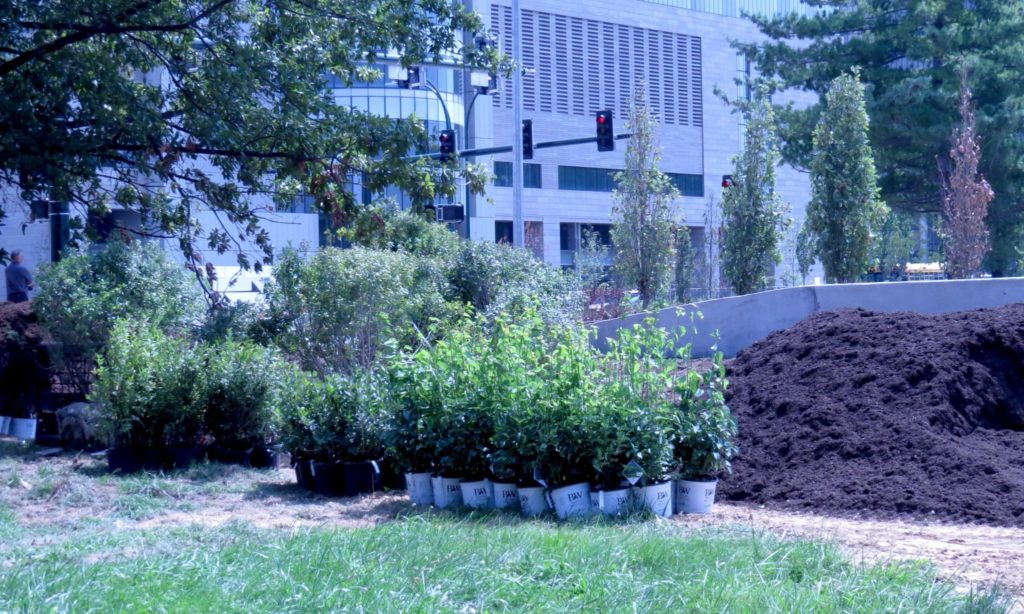 Beautification of the intersection will continue with additional trees and shrubbery that will be planted over the next several weeks. Rich Liekwig  also mentioned that several dead trees will be replaced.

It will be interesting to see if traffic patterns change on Lindell Blvd. with the reopening of the parkway. One neighbor I spoke with this afternoon said the opening will make his life easier, in that he can now avoid Lindell Blvd. and its onerous 25 mph speed limit.

Stop by Straub’s patio for lunch on Saturdays

A family wedding at Meadowburn Farm in New Jersey