The neighborhood seems to be bursting at the seams with new projects, and who can complain about that? The latest to move forward is 4101 Laclede, a luxury condomonium project being developed by two young entrepreneurs, Grove Properties’ Austin Barzantny and Atrium Properties’ Michael Gingrich. Last Thursday, they held a ground-breaking ceremony for their 54-unit condominium project (4 units are two-story townhomes with separate street-level entrances on Laclede) at the northwest corner of Laclede and Sarah Avenues. 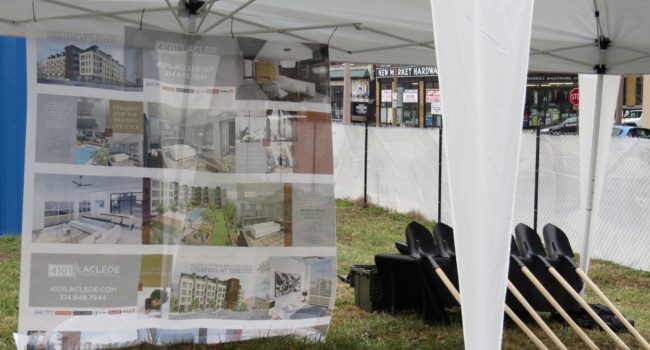 The project is being constructed on a parcel that has been vacant for as long as anyone who was at the ceremony could remember. That included longtime 17th Ward Alderman Joe Roddy, and Harold Karabell who helms the neighborhood association and has lived in the area for 35 years (he also wrote a blog, Distilled History, which will give you a sense of his humor).

As I watched the proceedings I thought it was notable that this new project is across the street from a 100-year-old neighborhood business, New Market Hardware, and the Dorris Lofts (formerly the Dorris Car Factory), an historic building that was one of the 1st loft conversion projects in the city of St. Louis. 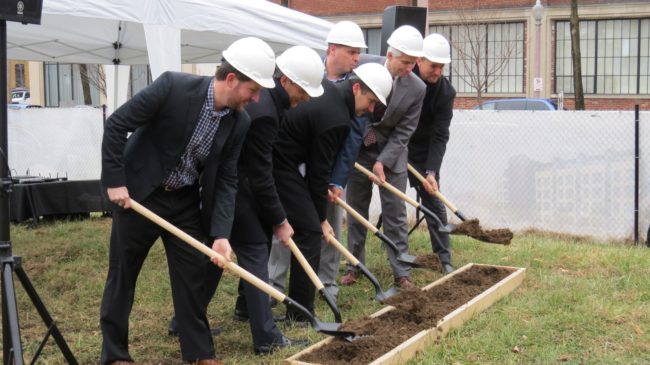 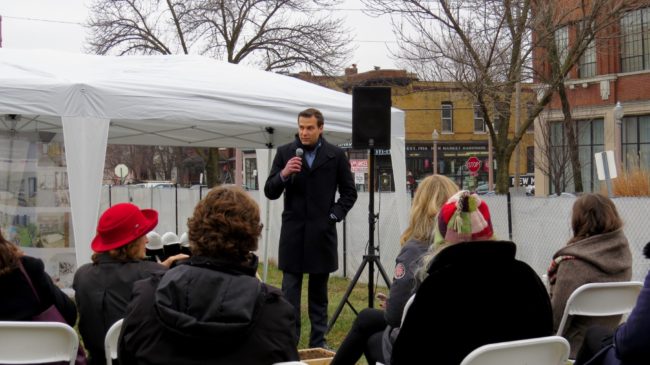 Barzantny, above, who has developed close to 200 living units in Midtown (mainly in The Grove) said that 4101 Laclede is the first condominium project of this caliber to be developed in the CWE in nearly a decade (9 North on Euclid was completed in 2009).  30% of the 54 units have been pre-sold (some of the purchasers were at the ceremony), and Barzanty added that a major tenant for a ground floor retail space will be announced soon. 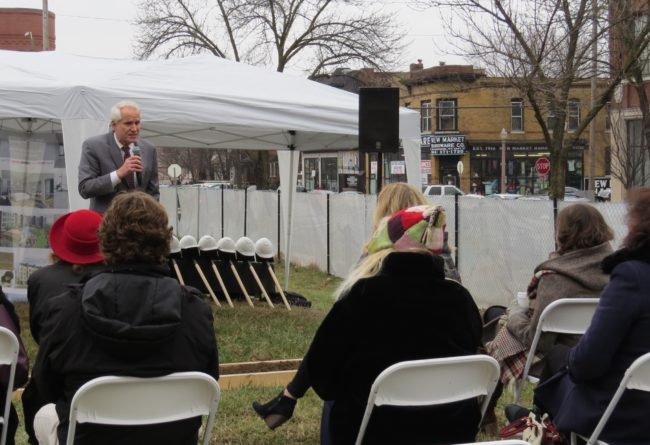 Alderman Roddy, above, said that 4101 Laclede will play a huge role in the 17th Ward’s plan to fashion Sarah Avenue into a dynamic mixed-use strip similar to Euclid Avenue with its combination of retail establishments and dwelling units.

4101 Laclede will offer many amenities, including a full-size pool, jacuzzi, workout room, and covered secure parking. Visit the website to view floorplans and take a virtual tour. For information on available units contact Dielmann Sotheby’s.