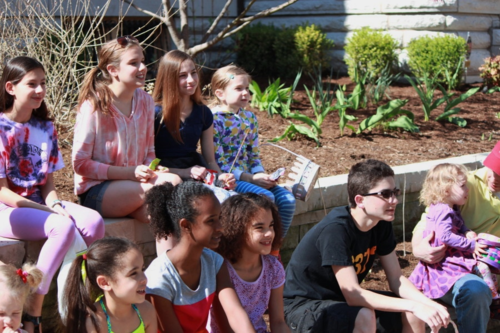 Photo courtesy of Aaron Biala
In response to the question I posed yesterday wondering how many children live in the CWE*, Tom Shrout responded by sending the following note accompanied by photographs taken by neighbors Dan Landiss and Aaron Biala. 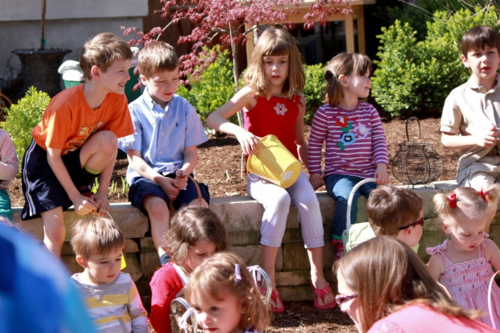 Tom continued: “As you may know our house is on the market, as we need to downsize. As a result the Westminster Place Association asked us to host a party a few weeks ago and we invited former residents Ellie Chapman,  Bob Becherer and Gregg Davis, Barry and Quinta Scott. Joe and Annie Schlafly were special guests along with their daughter Cabanne and their granddaughter. We bought the house from Joe and Annie. I have always said, you really don’t own these homes, you get to be caretakers for a time and then you pass them along hopefully to another great caretaker who will take it to the next level. We have had Joe and Annie over from time to time through the years and they have been so supportive of what we have done, building on some of the hard stuff they did to the house. They bought the home from John Sweet 35 to 40 years ago who put in the storm windows and tried to keep the roof from leaking by patching the attic. We have all been there with these old homes, but it is a rewarding experience to live in such a historic neighborhood where neighbors have come together over generations … to preserve and make this special neighborhood great!” 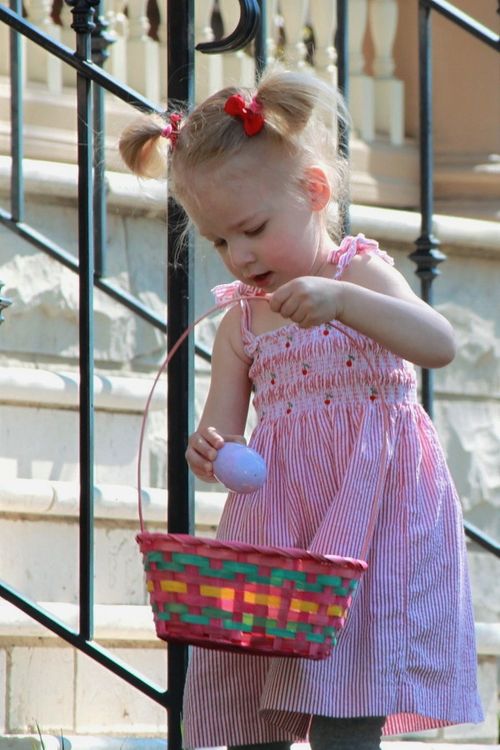 Finally Tom said: “Our block is the best ever in our 24 years here, both due to those who stuck it out, those who were the do-it-yourselfers, to the young doctors, lawyers, and business people who have come along with their nannies to bring life to the street at all times of day.”

Thanks so much to Tom Shrout for this wonderful news and Dan Landiss for sharing the photographs of the Westminster Place Easter Egg Hunt. Growing up in the city was such a rewarding experience for our three children, and now it’s heartwarming to observe a new generation of parents decide to raise their families in the city too.

*Today’s mail brought the following note from Paul Sonderegger who lives in the 5200 block of Westminster.

“If you are keeping a tally, by our unofficial count, the 5200 block of Westminster Place (between Lake and Union) currently has 36 children.  The kid-friendly atmosphere on the residential blocks is one of the main reasons we decided to remain in the CWE once our first child was on the way.  We’re glad that others increasingly are making the same decision.”
Tags: Westminster Place
< PREVIOUS POST

Now this we like…recycling event Sat. May 10!