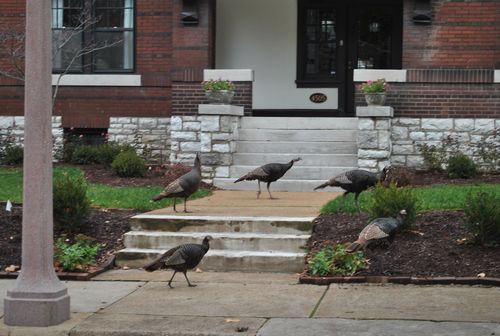 Martin Schweig sent an email a short time ago that included these amazing photos. Martin said, "Here is a FIRST! Five wild turkeys walking around Pershing Place in front of 4505." 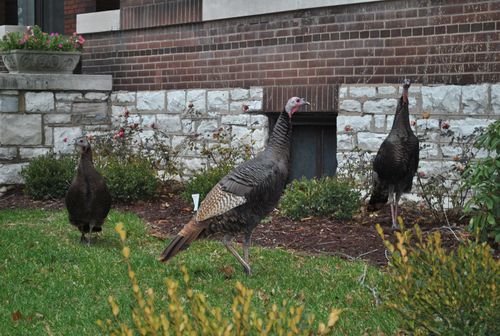 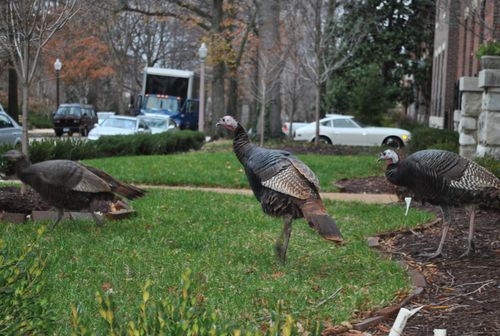 Thanks for sending the photos Martin. I would love to know how the turkeys may have found their way this far into populated territory.

Later this evening from Martin: Nicki, While turkeys would rather walk than fly, one would hope that they took wing over Kingshighway. Someone who just moved onto the street said that the turkeys had spent the morning in her backyard.  I am sure that these birds are the same ones that have been seen on Westmoreland so it seeems like they like private places!!!"